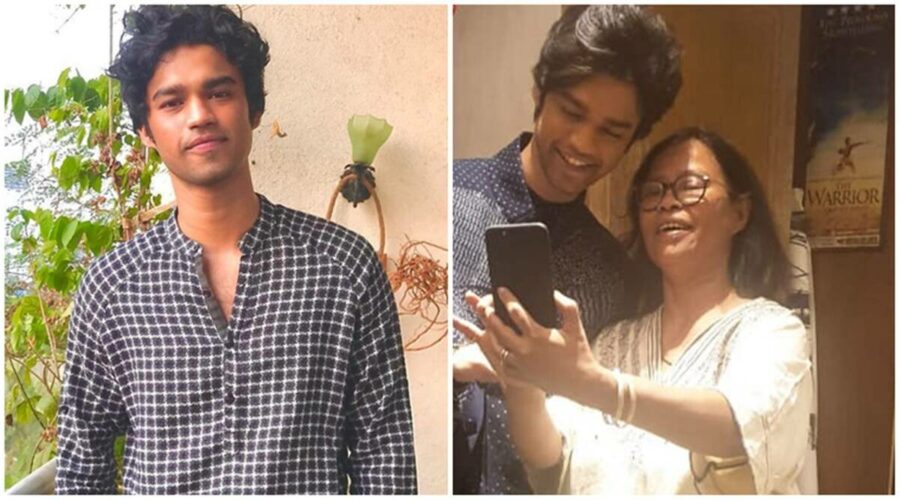 Babil received the Filmfare trophies awarded to Irrfan posthumously. He is currently prepping to make his Bollywood debut. 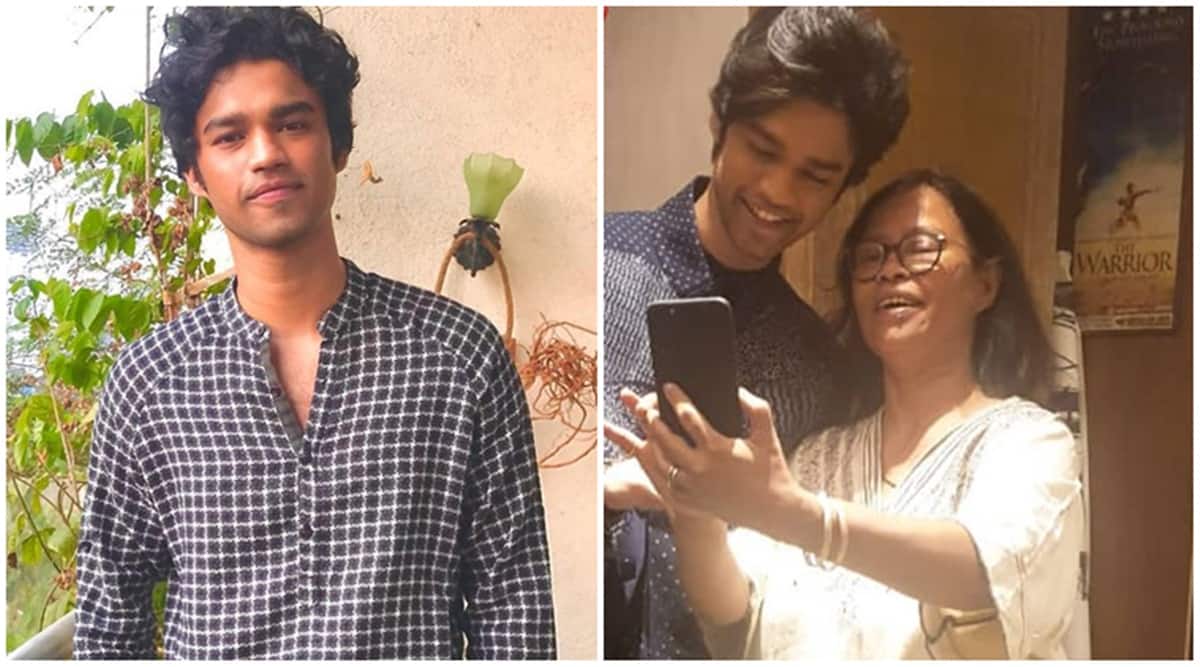 Irrfan Khan’s son Babil on Sunday shared that he was left upset by the behaviour of some journalists at the Filmfare Awards night, who allegedly asked him if he was inebriated. Babil attended the 2021 Filmfare Awards on Saturday evening and accepted the posthumous honour given to his late father.

Babil wrote about the alleged incident on his Instagram story. The aspiring actor wrote that he marvelled at the “inquisitive research” of the “seven journalists”, who apparently questioned him if he was high. 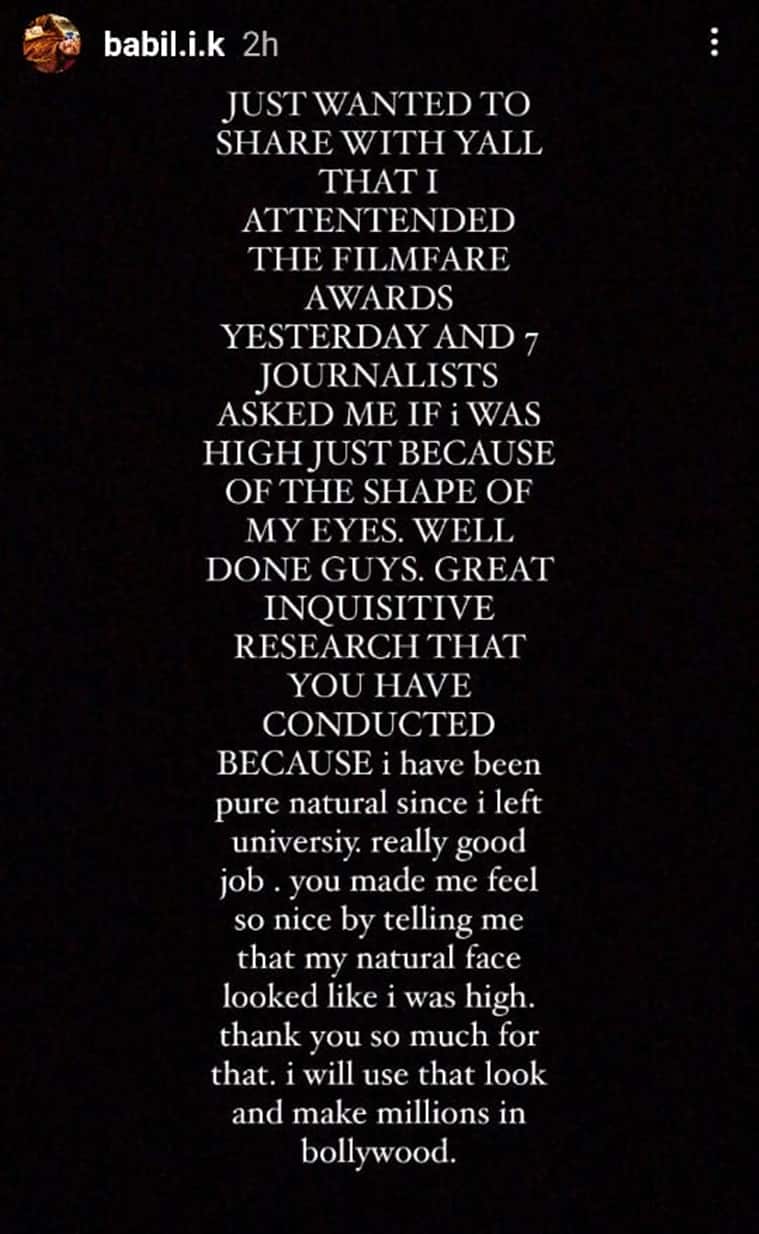 “Just wanted to share with you all that I attended the Filmfare Awards yesterday and 7 journalists asked me if I was high just because of the shape of my eyes. Well done, guys. Great inquisitive research that you have conducted because I have been pure natural since I left university. Really good job,” read a section of Babil’s Instagram story.

“You made me feel so nice by telling me that my natural face looked like I was high. Thank you so much for that. I will use that look and make millions in Bollywood,” stated Babil.

Filmfare Awards night was Babil’s first appearance at a major Bollywood event. Hours before he arrived at the red carpet, Babil documented his preparation for the big night, sharing videos and picture of his hairstyle and look for the function. Among those pictures was an adorable still of himself with mother Sutapa as they took a selfie before he left for the event. Babil wore Irrfan’s ensemble for the evening.

Irrfan was named the winner in two categories– Best Actor (Male) for Angrezi Medium and Lifetime Achievement Award. Sharing his feelings about his father’s win, Babil wrote on Instagram, “Thank you, Filmfare. Even after he has departed, you have recognised his commitment to his craft. We as a family are so grateful.” The post was accompanied by a picture of the Filmfare trophies adorning Irrfan’s shelf.

Sutapa Sikdar also shared the photo, remembering Irrfan’s contribution to art and his humility. “What a beautiful night!! You prove once again you don’t have to talk about your work. People should,” she wrote.

03/28/2021 TV & Movies Comments Off on Irrfan Khan’s son Babil on media present at Filmfare Awards: ‘They asked me if I was high’
TV & Movies