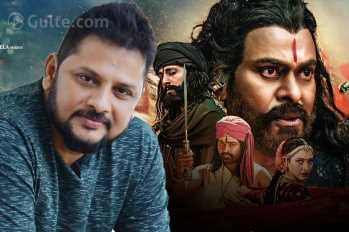 With the release of the movie just four days away, needless to say, the most tensed man from the camp of Sye Raa is none other than director Surender Reddy. According to insiders, various thoughts are said to be literally building up the pressure on him right now.

More than the story of Uyyalawada Narasimha Reddy, delivering a hit film with Megastar Chiranjeevi is the major thing that worries the creative director right now. At the same time, almost 280 crores budget is invested in the movie and the result could sway either side, thereby disturbing the hard efforts he has put for years.

Also, this is the first time Surender Reddy is handling an epic subject unlike Rajamouli who has a tryst with epic creation through Yamadonga and Magadheera, while he has extensive grip on visual effects due to making films like Eega. Any slight mismatch of expectations and inferior quality than the work Rajamouli does will be taking a toll on Surender Reddy.

As the trailers of ‘Sye Raa’ have come out very well, let’s hope that October 2nd will clear all the pressure on Surender Reddy and emerges him victorious.