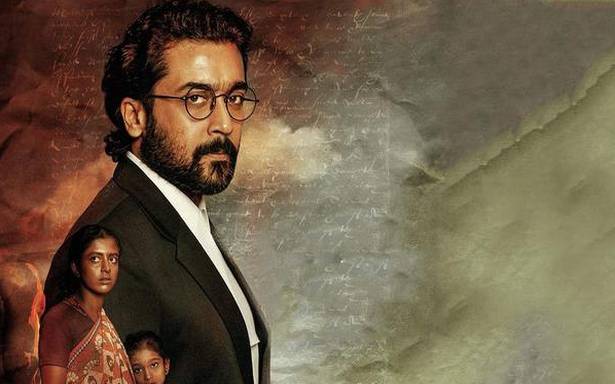 It was quite akin to throwing a grenade with its pin pulled into the room when the Awards Editor of the Rotten Tomatoes website, Jacqueline Coley, mentioned Jai Bhim for Best Picture in response to The New York Times film critic, Kyle Buchana’s question on Twitter, “Which Oscar nomination could provoke the biggest reaction from you tomorrow morning?”

The Suriya starrer, directed by T. J. Gnanavel, was released on a streaming platform on November 2, 2021. The legal thriller is based on true events and has been praised for its performances, story and (ahem) message. Jai Bhim, however, was not India’s official submission for the Academy Award for Best International Feature Film. That honour went to P.S. Vinothraj’s Koozhangal (Pebbles).

Well, one can argue that Coley had put Jai Bhim in contention for the big one—best picture. The film and Priyadarshan’s Marakkar: Arabikadalinte Simham, made it to the Oscar nomination shortlist of 276 films. Marakkar: Arabikadalinte Simham is an epic war film starring Mohanlal. Set in 16th century Kozhikode, it is based on the life of an admiral of the Zamorin fleet.

Official entries for the golden man

India’s official submission to the Academy of Motion Picture Arts and Sciences, which gives out the Oscars, is handled by The Film Federation of India (FFI). The FFI appoints a committee (one can almost hear Sir Humphrey rubbing his hands in counterfeited glee) to choose a film to represent India at the Oscars.

India has been sending films for the award since 1957, a year after the category was created. India’s first submission, Mother India, was nominated and came close to taking the golden man home. Mehboob Khan’s epic featuring a 28-year-old Nargis as the titular character, lost out to the eventual winner, Federico Fellini’s Nights of Cabiria by a single vote!

Out of the 54 times India has thrown a hat into the Oscar ring, (most submissions were for Hindi films, followed by Tamil (10), Malayalam and Marathi (3), Bengali (2) and one each from Telugu, Gujarati and Assamese), India made it to the nominations only three times. Following Mother India’s tiniest slip between cup and grip, there was Mira Nair’s wonderful Salaam Bombay! (1988) at the 61st Academy Awards, which lost to the Bille August’s Danish feature, Pelle the Conqueror. Incidentally Pedro Almodóvar’s Women on the Verge of a Nervous Breakdown was also in the running.

The logic for making it to the final five is obscure to put it mildly. There seems no other explanation for Shekhar Kapur’s Bandit Queen, Deepa Mehta’s 1947: Earth or Ray’s Apur Sansar, (consistently named in several best-of film lists) not being nominated while Lagaan was!

For the Best International Feature Film, each country is invited to submit what it considers its best film—the FFI decided not to make a submission in 2003 as it decided no film was worthy to compete. Also unlike the other awards that go to individuals, the Best International Feature Film is awarded to the country. Once the films are submitted, they are screened by the Foreign Language Film Award Committee whose members nominate five films by a secret ballot. Obviously, none or not enough were moved by the Ice Candy Man’s expression as his world comes crashing down about him in 1947: Earth.

Neither Koozhangal nor Jai Bhim made it to the nominations either for International Feature Film or Best Picture. One look at the byzantine voting process is enough to prove that not getting nominated is no indicator of a film’s worth. Koozhangal and Jai Bhim can consider themselves in august company with Ray and others who did not make it to the final five.

Interestingly, the name of the award was changed from Best Foreign Language Film to Best International Feature Film only in 2019 when the Academy felt the word foreign was outdated. Should the Oscars be looked at as the full and final stamp of approval or does that smell too much of a colonial hangover? That is a story for another time. Parinda, Sairat or Tithi do not become any less enjoyable for not getting international recognition.

Awards help to keep a conversation going and pushes up the price for streaming platforms which helps in getting the artistes work, but in the final count if one were to follow the basic rules of being honest to one’s craft and having fun while doing it, there is nothing to stop a film from finding its audience.