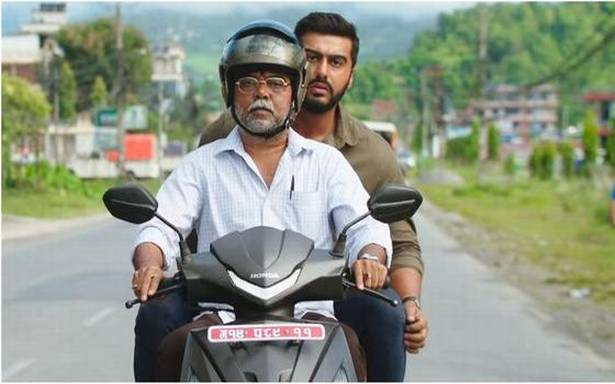 With a pernicious depiction of Islam and terrorism, India’s Most Wanted is a bland thriller

Raj Kumar Gupta’s latest film, India’s Most Wanted begins with a bang — literally. A bomb goes off in a Pune bakery killing 17 people, including foreign nationals, throwing the Indian government in a tizzy. Right after the attack, the terrorist, who you later learn is regarded as India’s Osama Bin Laden, says, “Yeh jung main maarenge ya marenge, lekin milegi toh jannat hi (In this war we will either kill or be killed but will be granted paradise irrespective)”. There are Islamic prayer songs playing in the background as the terrorist wreathes havoc. The device is repeated again when you see the terrorist’s face for the first time. On the other hand, Shah Rukh Khan is frisked at an American airport and the terrorist watches it covered on the news. While you wonder if the film is trying to make a point, it repeatedly associates Islam with terrorism, adding to the pernicious representation of Muslims.

The film’s focus is on five unlikely men’s mission to nab the terrorist alive and without guns. But the filmmaker cannot wash his hands off of providing context or being cognizant of the film’s timing, especially when the film keeps invoking jihad and projecting anti-Pakistan sentiments. For the longest time, it is hard to tell what’s happening, apart from a series of blasts that remind you of traumatic days. Who are these five men on a mission? Why are they doing it using their own expenses and defying permission from the Centre? Who is this terrorist and why is he India’s most wanted? What’s his motive? Jihad, yes. But care to delve deeper?

If the argument is in favour of providing a thrilling experience, the film doesn’t deliver in that department either. There is restraint and there’s boredom — this one falls under the latter. The editing is clumsy and feels like a last-minute patchwork. Unnecessary establishing shots interject the flow of scenes and inconsequential sequences are long drawn. There’s a part in the film when a terribly stoic Arjun Kapoor is being ignored on a phone call. The sequence starts in the day, goes on till sunset and culminates with a dream the next morning. One question: why?

While it’s laudable that a thriller wants to abstain from any traditional chases, stunts and action, it doesn’t compensate with narrative build-up either. There’s an intention to tell an unknown story of heroism but there’s seldom anything valorous the five men do apart from defying orders and spending their own money for the mission. You understand how much the latter hurts, if you’ve spent big money to watch this one.