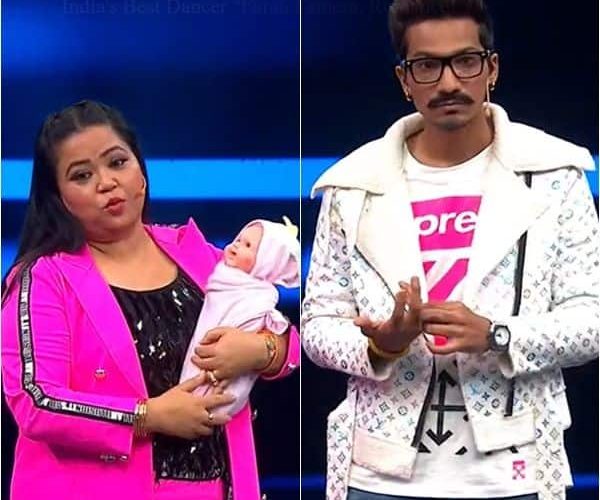 It’s been 3 years since Bharti Singh got married to the love of her life Haarsh Limbachiyaa. The two tied the knot on December 3, 2017 and since then the couple have been enjoying their marital bliss. And it seems like the two have decided to step into a new phase in their lives by welcoming a baby next year.

On Sunday’s episode of India’s Best Dancer, Bharti revealed her pregnancy plans. “Ever since I’ve gained sense and truly understood love, Haarsh has been synonymous to romance and love. I start my day by looking at my God (husband Haarsh). I can’t think of my life without Haarsh even for a second,” she said while addressing the judges Malaika Arora, Terence Lewis, Farah Khan and Geeta Kapoor.

Talking about Haarsh and how she takes care of his demands without him telling her, Bharti said, “His needs are fully taken care of before he wakes up every morning. I realise that his mother has entrusted me with his responsibility. So I act both as his wife and mother.”

And while she was baring her heart out talking about their relationship, Bharti made a huge revelation saying, “But, I have to make one announcement on a national TV.” Holding a dummy baby in her hands, she said, “This is a promise on the national TV. This baby is fake in 2020, but this will become a real baby in 2021.”

Haarsh then said that he will anchor the next season of India’s Best Dancer while carrying a baby in his arms. To which, Bharti said she would be anchoring the show even during her pregnancy. After performing a romantic dance with Haarsh, Bharti sought Farah Khan’s blessings and wished that her first child would be a daughter.

10/18/2020 TV & Movies Comments Off on India’s Best Dancer: Bharti Singh opens up about her pregnancy plans, says she will welcome her first baby in 2021
TV & Movies