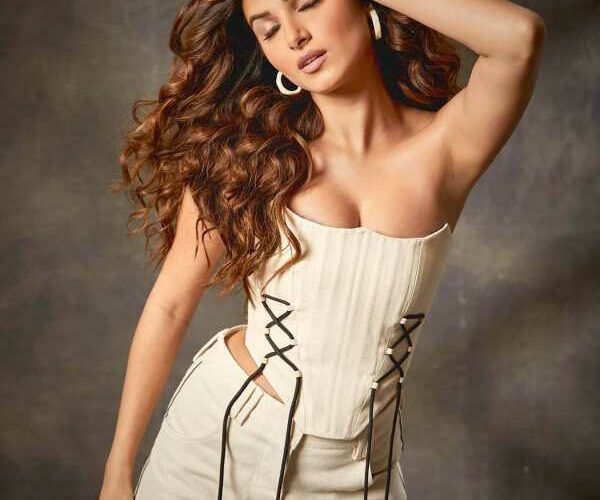 ‘Anybody who watches my work will see that I am really trying to do something different in each film.’

Tara Sutaria is happy with the way her career is progressing.

The actress, who will be seen in Tadap next, has an interesting line-up of movies in her kitty.

“It’s an exciting time for women in our line of work,” she tells Rediff.com Senior Contributor Rajul Hegde.

Tadap is a remake of the Telugu film, RX 100. Was it easier to work in a remake?

Ahan (Shetty) and I watched the original and we loved it.

I loved the intensity of the story, and are extremely happy to be part of this film.

It was easy to play a role because we were part of a fantastic set up — be it Milan Luthria sir or Sajid Nadiadwala sir.

The story is so unique that people have loved the original. I hope the audiences will love the remake as much as we loved making it. 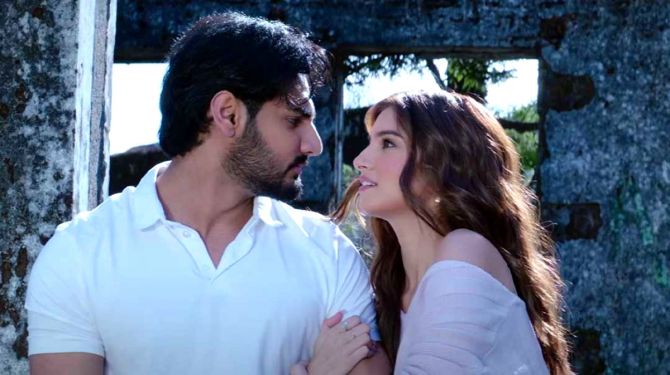 RX 100‘s lead actress Payal Rajput had said she should have been cast in Tadap.

Payal is incredible in the movie.

Ahan and I have emulated so much of Karthikeya and Payal from RX 100.

I am grateful that I have got to play Ramisa in this film.

How different is it from the original?

Since it’s a remake, the story is essentially the same.

There are differences in character nuances and the different relationships in the story.

The film is set in the mountains of Mussoorie and Rishikesh, which adds a different flavour to the story. 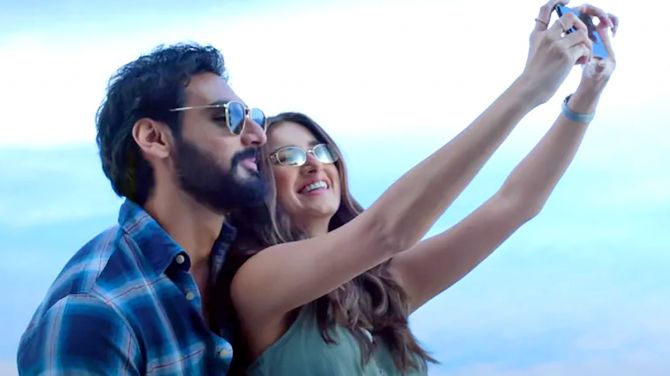 How did you get ready for the role?

I had a couple of months of workshops and training with Ahan where we got to know one another.

We did rehearsals to understand how we wanted to portray our characters.

It helped us to understand each other’s strengths and weaknesses.

As it’s Ahan Shetty’s debut film, was he nervous while shooting intense scenes? There are several kissing scenes in the trailer.

It was wonderful working with Ahan.

He is pretty sure of what he wants to create on screen.

If he had any questions, Milan sir was always there to guide him.

It was an easy atmosphere, which really helped us to create and be confident as a team.

If there is comfort and a certain sense of ease between the people involved, it will be a pretty smooth sailing process.

There was no awkwardness or tension. What was it like meeting Ahan for the first time?

I didn’t go with any preconceived notion.

I didn’t know him at all, but I had seen him once at a restaurant.

We had our first meeting at the office where we had to read some lines from The Dirty Picture.

Now we are super comfortable with each other.

Do you consider yourself lucky to have got a series of films so early in your career?

Definitely! I absolutely love the kind of roles that I get.

In future, anybody who watches my work will see that I am really trying to do something different in each film. You are a part of sequels like Heropanti 2 and Ek Villian 2.

I think the sensitivities and writing is the most important thing in franchises.

The films I am a part of have been received well by the audiences, so keeping the love and adulation in mind, we have to do an even better job.

It’s not pressure, but challenging and exciting for me.

What is the update on your films?

I am almost done with the Ek Villain 2 shoot.

I get to sing my songs in this film, so it means a lot to me.

I have a fantastic equation with Mohit (Suri, Director) sir.

John (Abraham) sir in the film, whom I used to visit as a kid. I never imagined that I would be working in a film with him.

Heropanti 2 will start next year.

I will reunite with Tiger Shroff after SOTY 2. He has been one of my closest friends in the industry.

When I came to this industry I didn’t know anyone. But in the last couple of years, I have had a good equation with the people I have worked with.

So there is a sense of belongingness.

I really enjoy being a part of commercial films. What was it like working with Director Milan Luthria?

It was fun working with him.

He is a great conversationalist and has so much to talk about even outside of films.

After packing up, we would all sit around the bonfire and chat.

He never told us what to do. It was more like a conversation, rather than him dictating.

Any interesting anecdotes from the shoot?

Mussoorie and Rishikesh are very special to me, as I shot my first film SOTY 2 there.

I felt like a local because I had spent so many months there.

We shot in familiar locations during Tadap.

People are warm and kind.

Everybody opened up their homes to feed us and take care of us during SOTY 2 and Tadap.

But Milan sir took care of us.

The song has turned out wonderfully and audiences have received it well. What are your hopes and fears as an actress?

I hope that women should continue to thrive in this industry.

It’s an exciting time for women in our line of work.

If we continue in this trajectory, it will be good for us.

What challenges have you faced in this industry?

I don’t look at it as competition because I think everybody in the industry has carved their own niche.

All of us have plenty to do.

Everything can be challenging, but the perspective matters.

I have always been sure of what I want to do.

As long as I keep working hard towards my goal, I should be okay. 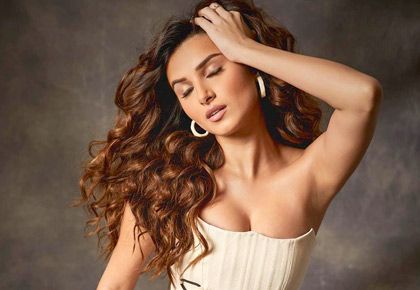