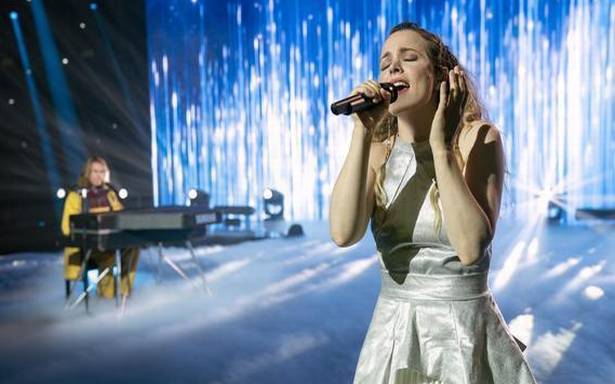 When Rickard Göransson woke up early to listen to the 2021 Academy Award nominations, he certainly was not expecting to hear Eurovision Song Contest: The Story Of Fire Saga on the list. After all, the comedy-drama film had not been very busy on the awards circuit; so the second the film’s single ‘Husavik – My Home Town’ was mentioned, Göransson leapt up and let his co-songwriters Savan Kotecha and Fat Max Gsus know.

Kotecha, whose songwriting credits have featured in chart-toppers such as The Weeknd’s ‘Can’t Feel My Face’, and Ellie Goulding’s ‘Love Me Like You Do’, was in his studio in Stockholm, Sweden, when he was notified of the nomination.

“I was just in shock,” laughs the Indian-origin (Gujarati) musician who was the executive music producer of the 2020 film, “Suddenly I had to go pick up my kids from school — just the strangest thing ever when you’re just nominated for an Oscar. I have a very traditional Gujju family: my mom and dad know no pop culture references and were like ‘that’s good!’ Meanwhile, one of the other parents at the school approached me, asking me if I was okay because there was shock on my face. I said, ‘I’ve just been nominated for an Oscar’ and she right away asked me, ‘Who are you?’ and I replied, ‘Brad Pitt.’”

Kotecha explains that “one can never know how things truly go with these types of awards.” Having co-written ‘Love Me Like You Do’ sung by Ellie Goulding for 50 Shades Of Grey (2015), he says, “A lot of big people were confident ‘LMLYD’ would earn an Oscar nomination, given it was nominated for Golden Globes, Teen Choice Awards, Grammy Awards. But it surprised a lot of people when it wasn’t. On the other hand, ‘Husavik’, which has been relatively quiet on the awards circuit, getting an Oscar nomination was a great surprise!”

Meanwhile, Gsus — whose credits include working with Taylor Swift on award-winning album 1989, P!nk, Tove Lo, and Zara Larsson — was in the studio when he heard of the nomination from Kotecha yelling in excitement over the phone. “When Savan called me like that, I thought a fire had broken out. I didn’t want to think too much about the nomination though. But it is safe to say that the session I was in at the time was ruined because I couldn’t focus,” he chuckles.

The three songwriters, who still cannot believe the Academy Award nomination is real, reminisce over a video call with MetroPlus about the making of ‘Husavik’ and its rippling effect in a time of loneliness.

Through the film, many understood how much of a cult following the competition itself has. Göransson says it was a huge part of his childhood.

That said, putting ‘Husavik’ together was no small feat, given the three songwriters almost played ‘pass the parcel’ as the song developed. The common mission was putting music to the journey of Sigrit (Rachel McAdams), instead of just creating a song about Eurovision. It was about getting into Sigrit’s head and putting yourself on a mountain in Iceland, looking out and thinking about what life was like.

There were actually more than 60 versions of ‘Husavik’, including some with just guitar or piano. “We had the full song in Icelandic at one point, but no one would have understood it because we didn’t even get that right,” laughs Gsus.

The three, who have worked together on other projects over the years, agree there were “no stupid ideas.” Göransson’s jokes that one day, perhaps they will randomly release the Icelandic version but Gsus chimes in and says, “maybe for the Japanese DVD box collection!”

Early on, the film’s director David Dobkin and Kotecha knew this (’Husavik’) would be a key moment. Kotecha adds this was “probably the hardest one to crack, because it had to earn this comedic film an emotional ending. There wasn’t the thought that this would carry the whole movie; it was important to just sum up the film and Sigrit’s character arc.”

“The song shaped the script and the script shaped the song,” explains Göransson, who is also known as the drummer for band Carolina Liar, “We knew we had to write it as a pop song and treat Sigrit as a pop star, writing songs from her perspective. We packed a lot of the story into the song. It was fantastic to see Rachel as she made it very credible. And yes, though it’s a Will Ferrell comedy, there’s still this deep story you can relate to. Creating an emotion like that is a gift and a dream. And who doesn’t want to create music with Will Ferrell?”

When the movie was released, Kotecha received messages from musician Charlie Puth and Frankie Grande (Ariana Grande’s brother). The whole team was also bombarded by many on social media, about how ‘Husavik’ was an emotional experience for them.

“Frankie sent a voice note of himself saying the song would be his summer anthem, and even told me we would get an Oscar nomination, to which I said ‘that’s sweet of him’,” muses Kotecha, “And he was right. The film brought the world laughter at a time when people were scared and stressed out, figuring out this pandemic. The message of the song and characters was all about what really matters: being at home with the ones you love. We did not think this would even happen when we were making it, we just assumed it would be a fun bunch of pop songs.”