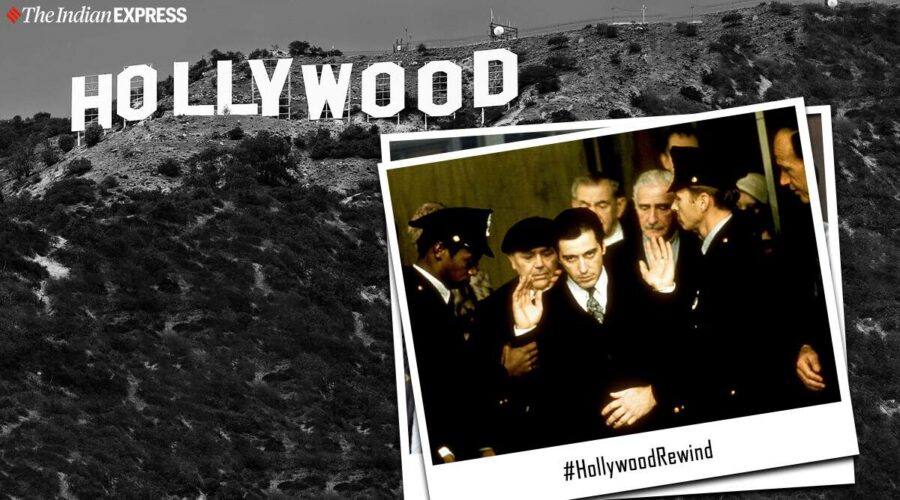 The Godfather II is lifted by its well-woven screenplay, compelling performances and spectacular cinematography. Every movement, every expression is caught with precision. “Oh, Michael. Michael, you are blind. It wasn’t a miscarriage. It was an abortion. An abortion, Michael. Just like our marriage is an abortion. Something that’s unholy and evil. I didn’t want your son, Michael! I wouldn’t bring another one of your sons into this world. And I had it killed because this must all end!” says Diane Keaton’s Kay Adams in one of the most chilling moments of Francis Ford Coppola’s The Godfather Part II. The first line here that Kay utters in complete despair and quiet rage is, “Michael, you are blind.” The irony is strong here. Don Michael Corleone (played with finesse by the incomparable Al Pacino) is anything but blind. He is an alert, aggressive man who is devastating when he loses his cool. And in this sequence when he is informed by his wife that she had their child aborted, he is livid. His eyes bulge out of its sockets, his frame is silently shaking in suppressed anger. Michael Corleone cannot believe what he is hearing, fooled and ‘betrayed’ by his own wife. It is a shame to his ‘hyper-masculinity’ and intelligence.

The 1974 movie is made up of many such great and small parts. Regarded as one of the benchmarks of western cinema, especially so in the crime genre, The Godfather II is often touted as a better film than its prequel, The Godfather, which is a masterpiece in itself. What makes this sequel-prequel even more interesting than its predecessor is its treatment of a rooted, familiar narrative. We already knew about the Corleone family and the new dynamics since Vito Corleone’s (essayed by Marlon Brando) death. So what novel ideas could the filmmaker bring to the table now? That was a challenge, and directors frequently and unfortunately, fail to rise to the occasion. However, Francis Ford Coppola belongs to a different ilk. At the time, he already had Paramount Pictures and producers vying for his attention, offering him a stupendous amount of money to take up the project and churn yet another hit. And what a job he did! Not only was The Godfather II able to match the cinematic style and wit of the first movie, it even managed to outdo it in some sequences.

Take, for instance, the young Vito Corleone angle. The casting of ‘rising star’ Robert De Niro, the choice to make The Godfather II a non-linear narrative at the time it was released, spending so much money on its production and once again making a 200-minute movie — these were all risks that paid handsomely. Here is an interesting trivia about De Niro and the effort he put in to pull off a young Vito aka Brando. According to IMDB, the Oscar-winning star spent four months learning the Sicilian dialect. The dedicated actor even spent a few months living in the village, trying to adapt himself to its surroundings. Interestingly, De Niro was cast for a role in the first part of the franchise, which he had refused then. Of course, the actor was seen in films prior to The Godfather II, but it was its phenomenal success that led him to star in acclaimed movies like Taxi Driver, Deer Hunter and Raging Bull, among others.

Talking about his experience of working in the film, Robert De Niro told CNN that he had taken on The Godfather II role as an ‘experiment’ of sorts, but the actor also had a gut feeling that the movie might make big money. “Godfather II was the first that I remember (from my filmography), that was like a big blockbuster. Then came other movies. I might have this wrong, like some of the Spielberg films and so on, but when (The Godfather II) came, I said this might be a good chance that it’ll be a success,” said the actor.

The Godfather Part II is lifted by its well-woven screenplay, compelling performances and spectacular cinematography. Every movement, every expression is filmed with precision. The camera seemed especially in love with Al Pacino’s eyes. Michael Corleone, an otherwise calm and cold person, spoke volumes through his deep-set eyes and the emotions were caught by the cinematographer Gordon Willis. And a special shout out to Diane Keaton for making her presence felt in an overwhelmingly male-dominated story, despite the short screen time.

You can watch The Godfather Part II on Amazon Prime Video.