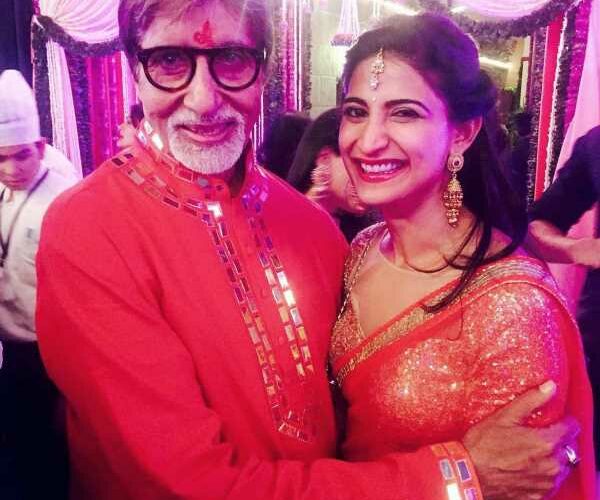 ‘I asked him once, ‘You are such a big superstar, why are you always on time? I don’t see the other stars being on time’.’
‘He said, ‘If you learn how to respect time, time will respect you. Time will never wait for you and you will regret it’.’

It was a dream-come-true for this Lucknow native.

As we continue celebrating 80 years of Amitabh Bachchan, Aahana takes Patcy N/Rediff.com back to the sets of the television show, where the Big B made a bakra out of her!

“I think he understands what somebody goes through the first time they see him, so he knows how to calm you down,” she says.

When I learnt that I was working with Amitabh Bachchan in my very first show Yudh, I don’t think it registered for a long time.

It didn’t feel believable because I had never imagined it.

I don’t think anybody from my family believed me; they thought I was making it up.

When I went on set, I couldn’t believe my eyes.

I saw him, I heard his voice, I sat with him, that’s when it felt real.

I think he understands what somebody goes through the first time they see him, so he knows how to calm you down. He asked me some basic questions.

I told him I had done theatre, and that I had worked with Naseersaab (Naseeruddin Shah).

He was very happy to hear that. He said, ‘I hope you don’t have any problem with rehearsals.’

We spoke for about 45 minutes regarding our scene, and he set the tone for me.

I had the godfather of Indian cinema literally holding my hand through my scenes!

He was pleasantly surprised after my shot.

We would not have too many takes; we would do it in one take.

Anurag (Kashyap) knew me from theatre. Because of my training in theatre, it helps me overcome the fact that I am working with such a big superstar. 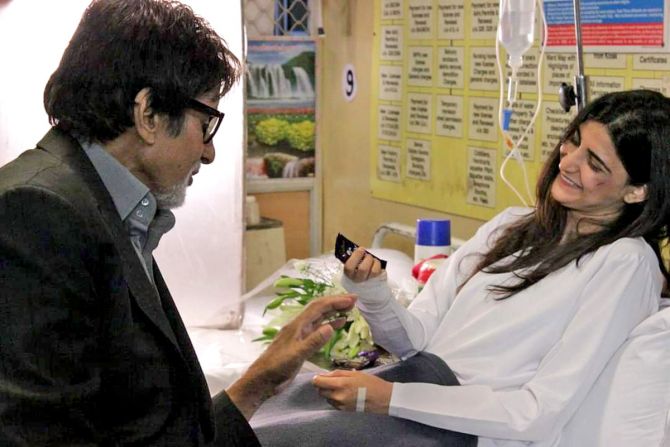 He is like a lion when he enters the sets.

I remember our chief assistant director would say, ‘Lion has come’ the moment Mr Bachchan arrived.

He has that kind of aura.

Everybody would be quiet when he was on the sets.

I would not chat with him at all because what was I going to tell him? He already knows everything.

I didn’t want to start a stupid conversation.

In fact, he would speak to me about his career, films… it was so fascinating talk to him.

He never goes back to his vanity van — he would only go for lunch — otherwise, he’s always on set, whether they are preparing the shot or putting up the lights. He takes a chair and sits on the sets. I remember he played a prank on me.

He knew I was going to Paris on the last day of the shoot.

Our shooting dates had shifted twice and I had booked and re-booked my ticket to Paris, and had paid that massive difference fare.

At that time, I was not earning much.

I was excited about my solo trip.

Then my director told me, ‘Bachchansaab can’t shoot today. He will do one scene and leave, so you have to come again tomorrow.’

I said, ‘But I’m going to Paris tomorrow.’

But he kept saying we had to shoot the next day.

I was very upset and started crying.

The whole set had played a prank on me.

It was crazy, but fun. 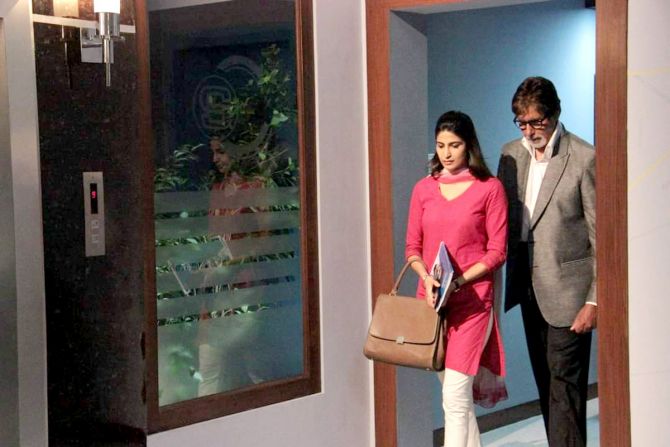 He is so nice and cordial even to the youngest person on the set.

He speaks to everyone, and is very aware of everything around him.

I would always observe him because I want to be like him when I am 80!

I asked him once, ‘You are such a big superstar, why are you always on time? I don’t see the other stars being on time.’

He said, ‘If you learn how to respect time, time will respect you. Time will never wait for you and you will regret it.’

From that day, I have never been late on the sets. I love his funny movies.

I told him I have seen Ajooba many times.

He started laughing and said that I have done better films.

Satte Pe Satta is another of my favourites.

I remember I would come back from school and watch a film of his and only then eat food.

He was very amused when I told him that.

I wish he keeps entertaining and inspiring us. 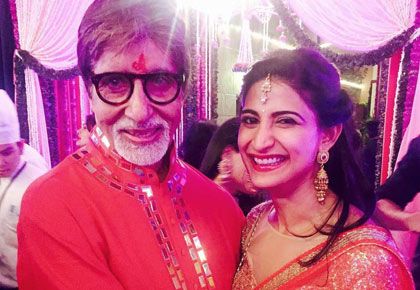