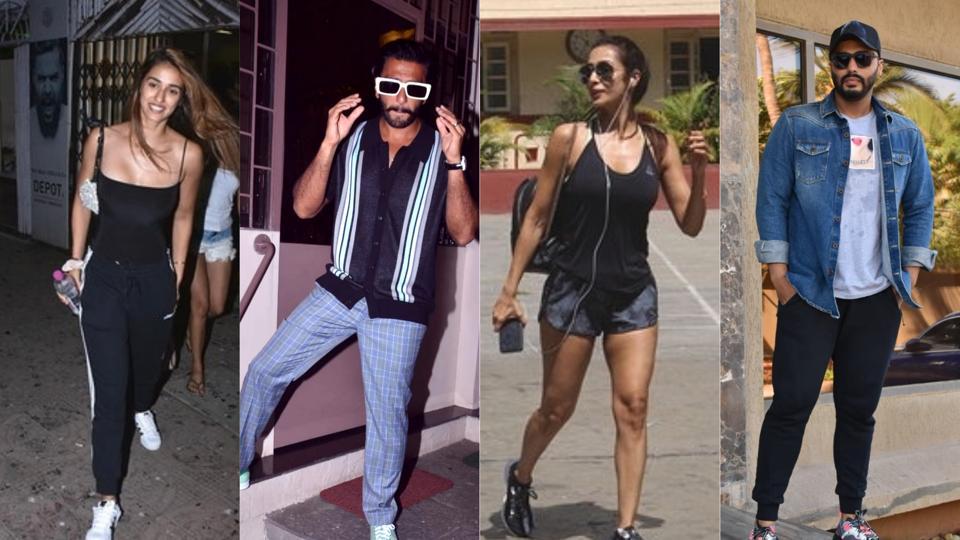 The Bollywood celebrities remained busy during mid-week with either work related commitments or lunches and dinners with friends. Actor Kartik Aaryan and Sara Ali Khan are currently busy shooting for their upcoming film, the Love Aaj Kal sequel being directed by Imtiaz Ali. Kartik was seen sitting in the car, holding Sara’s hand. The two tried to avoid the flashlights.

Tiger Shroff and rumoured girlfriend Disha Patani were spotted together at a restaurant. Both were twinning in black athleisure and were all smiles for the cameras. Disha was spotted at a salon a few hours before venturing out with Tiger and was promoting Bharat the next day. The film stars Salman Khan and Katrina Kaif in lead roles and is set to release on Eid, June 5.

Actor Arjun Kapoor was busy promoting his film, India’s Most Wanted that hits theatres this Friday. It is based on true events and Arjun is seen in the role of a common man who volunteers to catch the most dreaded terrorist without a weapon. A special screening of the film was held on Tuesday and was attended by Arjun, Sanjai Mishra, Kriti Sanon, Neha Dhupia and husband Angad Bedi, Jackky Bhagnani, Dino Morea, Chunky Panday, Siddhant Chaturvedi of Gully Boy fame, Ashutosh Gowariker, Student of the Year director Punit Malhotra and actor Tara Sutaria.

Aamir Khan visited a friend in Khar. Kiara Advani and Karan Johar were seen at the Mumbai airport. Ranveer Singh was seen at a club in the evening from where he headed to a dubbing studio.

Malaika Arora continues to work on her fitness and was spotted at a gym. Her sister and former actor Amrita Arora was seen with husband Shakeel Ladak at a restaurant. She was seen in a short red and green floral dress.