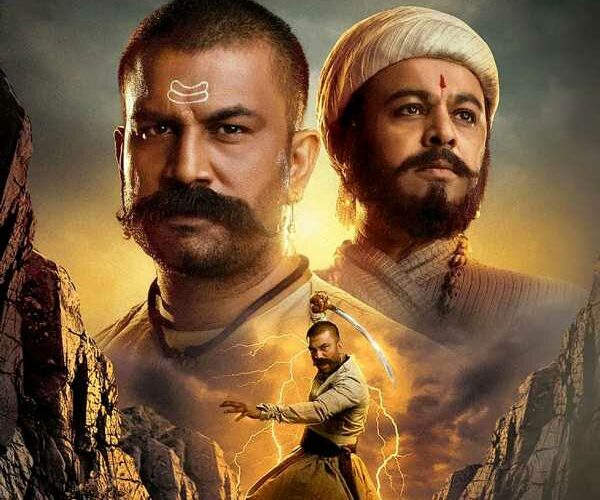 In a renaissance of sorts in Marathi cinema, film-makers are freely adapting the lore surrounding unsung heroes from Maratha history.

The story about the Battle of Pavan Khind (earlier known as Ghod Khind) and the sheer valour displayed by Maratha commander Bajiprabhu Deshpande and his army of 600 against Siddhi Masud and soldiers owing allegiance to Ali Adil Shah II is well known across Maharashtra.

Chhatrapati Shivaji Maharaj strategically dodged his enemies to take control of Vishalgad, resulting in a fierce last stand at the eponymous mountain pass.

Har Har Mahadev is the second film this year that brings the rousing tale of this momentous battle to the screen. Earlier, we saw the Digpal Lanjekar-directorial Pawankhind depicting the same historical event, but focused almost entirely on what led to the battle and the battle itself.

Shivaji (played by Subodh Bhave) and his soldiers are trapped in Panhala fort, surrounded by troops of the Adilshahi sultanate led by Siddi Johar (Milind Shinde). The film emphasises the heroic efforts of Bajiprabhu Deshpande (Sharad Kelkar) and other maavle (the Maratha soldiers) to rescue their Maharaj from the Marathas’ enemies at Panhala fort.

We know how this story plays out, but what does Director Deshpande add to the saga apart from that been-there-done-that quality?

For starters, the story takes a refreshing route bringing forth the human side of a warrior without being overly sentimental.

The film’s first half explores Shivaji’s relationship with his trusted commander Bajiprabhu.

Bajiprabhu, who is initially not keen on joining forces with Shivaji, eventually becomes a loyal warrior in the Maratha army, setting the stage for the events to follow.

We are shown Bajiprabhu’s emotional conundrum with his moral beliefs and loyalty for his king.

In one of the film’s best moments, a poignant scene plays out between Shivaji and Bajiprabhu in which the former tells the latter: ‘To be a good father, it is imperative to be a good warrior.’

In the striking climactic battle sequence, featuring an injured Bajiprabhu taking on the enemy, we see the futility of war and its irrevocable effects. These final moments will make you fight back tears.

Deshpande and his talented team lay out their best efforts to keep the goings-on zippy with eye-catching battles, plot twists, and a thumping background score.

But all that doesn’t entirely succeed in holding your attention throughout.

The overly familiar narrative tropes, especially those that appear in the second half, sourpuss the proceedings.

What make this film consistently watchable are the solid performances from its stellar cast.

Subodh Bhave is a force to reckon with in Marathi cinema and in this film too, he brings his A-game and delivers a knockout performance.

As Shivaji Raje, he strikes the perfect balance between drama and theatrics in his body language and expressions, giving us yet another memorable character.

Milind Shinde as Siddi Johar is another standout performer. He channels the shrewdness of the character with immaculate precision.

But the real star is Sharad Kelkar, nailing the character of Bajiprabhu Deshpande with his formidable screen presence.

Kelkar shines in the vulnerable moments, and his sudden change as an aggressive Bajiprabhu is something to marvel at.

Har Har Mahadev is not without flaws and had the potential for much more.

But credit to Director Deshpande for attempting to make the tale layered and emotionally moving.

This gives a film, whose story is known, a certain unpredictability and freshness. And the fantastic performances only take the viewing experience a notch higher. 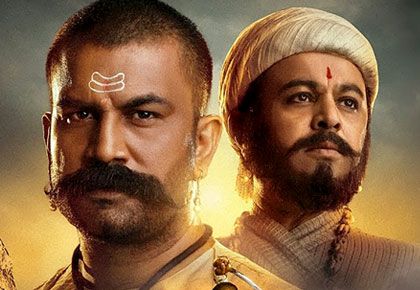