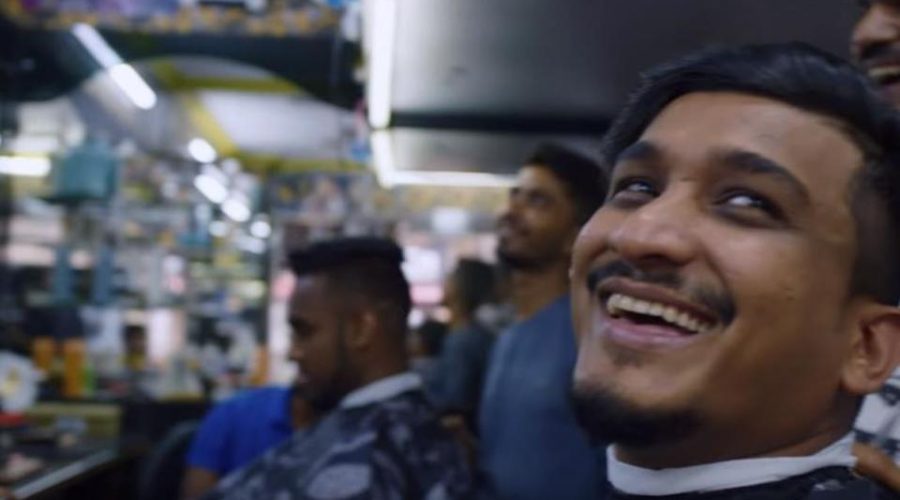 It’s been almost half a year since Zoya Akhtar’s Gully Boy hit theatres but for some, the fever is far from cured. The film’s producers may have released several videos and featurettes on the rappers and hip-hop artists who inspired the film, but that isn’t stopping others from washing their hands in the stream, months later.

Now, Discovery Channel is all set to launch Gully Life, an hour-long documentary on the life of Vivian Fernandes, more commonly known as Divine. The documentary follows him as we visit his old home in the slums of Andheri where his abusive father would torment him and his brother; it then takes us backstage to the concerts where he now performs in front of thousands. In its 50 minutes runtime, this documentary by numbers makes no attempt to give you anymore than a cursory glance at a man’s life who launched a thousand musical dreams in the slums of Mumbai. Not just for himself, but for a hundred others who now dream to be just like him.

For the most part, the film follows Divine as he recites a summarised version of his life. This is interspersed with interviews of various people in his life including music producers, managers, his band members and even Ranveer Singh and Zoya Akhtar, all heaping praises on the talent of Divine. The interviews provide little actual insight into his life and do an actual disservice to the flavour of the film, making it more mechanical than cosy. This is not to say that these men and women aren’t actually impressed by Divine or consider him a path-breaker in the world of music. But the way they are interviewed, in their hotel rooms, or their offices; saying generic things that they would for him in a test of ‘5 sentences about my friend Divine’, keeps the documentary from feeling authentic.

The most authentic and human moments of the film come when Divine meets us as Vivian. Whether talking fondly with his friends about watching his first murder as a kid near his basti, or remembering how he would take dips in a well that is now too dirty for it. From meeting his old tuition teacher to teasing his friends about their weird hairstyles, these were the moments that separate Vivian from Divine. The words that launched his stardom tell the story of this life rather than the one he lives now. That’s what separates his songs about the class divide from the those who sing about their Ferraris or their Balenciagas, a point that is made strongly and repetitively in the film.

The film continues into a more sensitive direction when he talks about his father who would abuse his brother or his mother who was working a thousand miles away in Qatar. The documentary takes help from the animation department to tell that part of his life, which may or may not be the highest quality. The father rages like a Chota Bheem villain while the kids animatedly cower under the bed in his fear. The effect is more comical than one that should induce empathy.

Add to that another complaint — the music. For a film on the life of a musical genius, the documentary relies too heavily on stock music for background and flavour than Divine’s own creations. No more than a couple of songs–Mere Gully Mein and Jugli Sher–were heard or talked about distinctly as pivotal moments in his singing life.

Even when a music journalist says that he expects Divine to start making more politically charged music, a two-second clip of him singing Azadi is shown. Sure, the song was inspired by the JNU anthem and the original by Dub Sharma was brave and controversial, but the version that was ultimately used in Gully Boy was stripped of all its fierceness and made into a mellow, safe rendition that took no names and held no one accountable. Can’t really give Divine the credit for it just yet.

Gully Life, at best, falls somewhere on the short reading list if you loved Gully Boy. If makes a shallow, not very musical dive into the life of someone who deserved more.