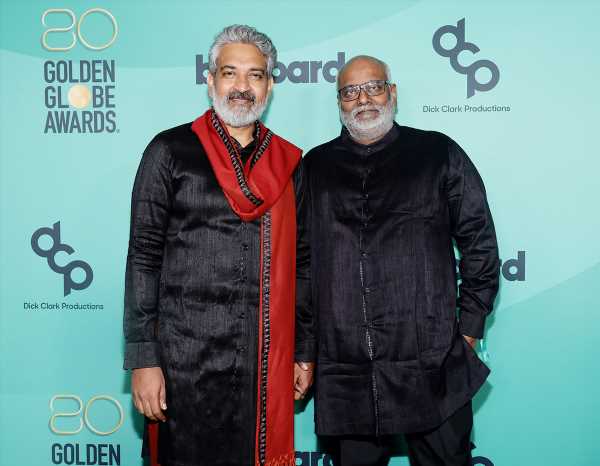 It was a night of happy, hilarious speeches.

It was a night of delirious, drunk and irreverent winners.

It was a night of jackpots for shows like Abbott Elementary and The White Lotus as well movies like The Fabelmans, The Banshees of Inisherin, Everything Everywhere All At Once and, our very own, RRR as it Naatu Naatu-ed its way to make history.

Following a year of pandemic prompted no-show and another of backlash for its staggering lack of representation, the Golden Globes felt more atonement than awards ceremony in its 80th iteration. Things were predictable and crowd-pleasing as usual.

Even though Best Drama Series winner House of the Dragon‘s (even the makers were not expecting it) surprising triumph over the likes of Severance, Better Call Saul right before Hollywood Foreign Press Association President Helen Hoehne popped in with a promise of the Globes making more sense, could not be more ironical.

Sukanya Verma gives us 10 highlights from the Globes.

1. The moment everybody was waiting for. 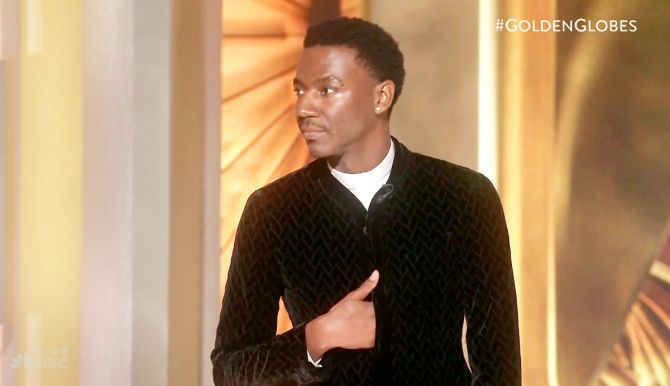 2. Emmy-winning comedian, director, and producer Jerrod Carmichael’s debut as a Globes host was a hit and miss.

While his razor-sharp wit in the opening monologue right away addressing the HFPA elephant in the room hit all the comic notes, ‘One minute you’re making mint tea at home, the next you’re invited to be the Black face of an embattled white organisation,’ the man’s humour subsequently lost steam over a series of distasteful jokes around Tom Cruise’s Scientology connection, Will Smith’s sexual orientation and Whitney House’s death. 3. Leave it to the legends, Cecil B DeMille honouree of the year Eddie Murphy reminded us while sharing the blueprint to success.

And keep Will Smith’s wife’s (referring to the infamous Oscar episode) name out of your %^&* mouth. 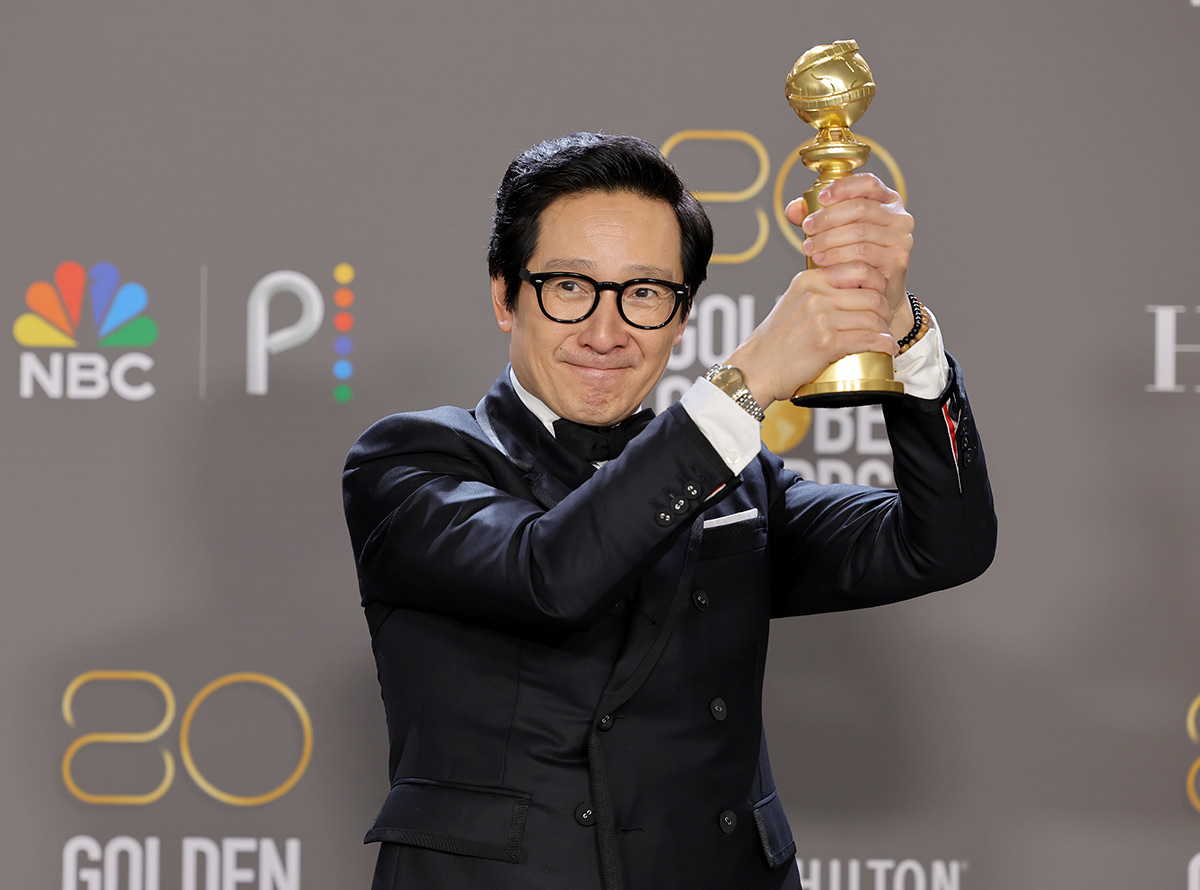 4. Best Supporting Actor recipient for Everything Everywhere All At Once, Ke Huy Quan’s emotional speech had us reaching for the tissue boxes.

Quan’s touching recollection of his beginnings as a child actor in Steven Spielberg’s Indiana Jones and Temple of Doom and subsequent disappearing from the acting scene due to lack of roles for kids of Asian origins until ’30 years later, two guys (filmmaker duo Daniel Kwan, Daniel Scheinert) thought of me. They remembered that kid, and they gave me an opportunity to try again.’ 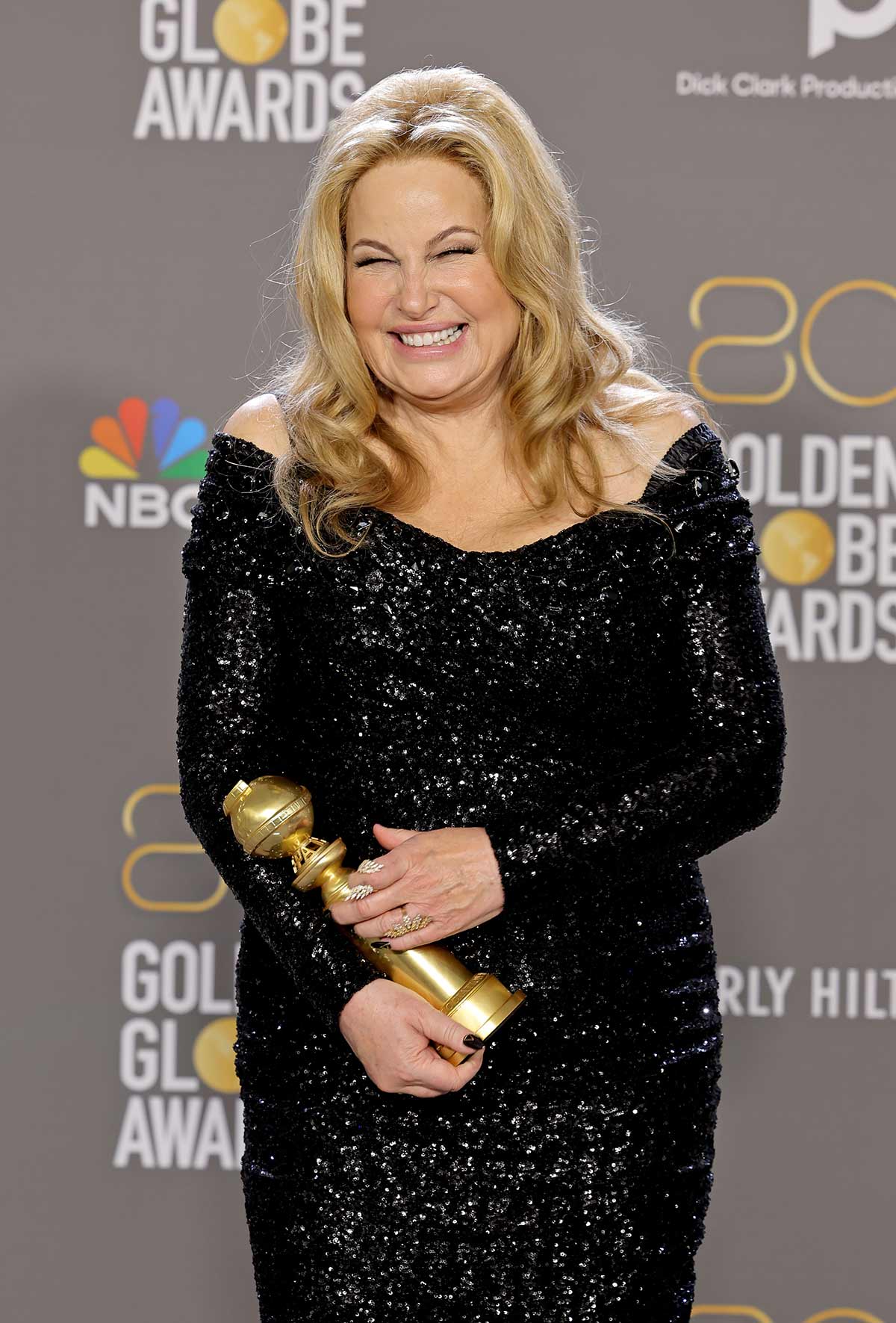 5. Give it up for Jennifer Coolidge! The woman’s a complete hoot.

If her presenter skills trying to pronounce Bill Nighy and Kaley Cuoco’s names wasn’t enough to highlight her natural funny bone, her delightful speech after nabbing Best Supporting Actress for The White Lotus (streaming on Disney+Hotstar) just sealed the deal even while giving away a major spoiler about her character: ‘You (showrunner Mike White) make people want to live longer — and I didn’t! Mike, I love you to death.’ 6. The charming Colin Farrell dedicated half a minute of his speech time to admire presenter and nominee Ana De Armas in Blonde. (Film-maker Ryan Murphy and recipient of the Carol Burnett Award went a step further and dedicated his entire speech graciously acknowledging the unsung artists of the LGBTQ community.)

But when the timer piano tried to cut him off, The Banshees of Inisherin (streaming on Disney+Hotstar) star was quick to quip, ‘You can forget that piano,’ adding some extempore zing to an otherwise by-the-numbers show. 7. The piano folks got another earful from Best Actress winner for Musical/Comedy in Everything Everywhere All At Once, Michelle Yeoh.

‘Shut up please, I can beat you up.’ They believed her (remember her in Crouching Tiger…) and stopped.

Graceful and gorgeous, Yeoh summarised the moment as an ‘amazing journey and incredible fight’ as well as looked back at the racism she encountered in Hollywood when people appeared surprised to hear her speak English.

‘The flight here was 13 hours long so I learned on the way,’ she joked.

Last laugh all the way, lady. 8. Guillermo Del Toro may be chuffed about collecting another Golden Globe for Pinocchio (streaming on Netflix) but requests not to treat it as a kid’s movie just because it’s animated. 9. As much as we loved Austin Butler getting into character as Elvis Aaron Presley in Baz Luhrmann’s biopic (streaming on Amazon Prime Video) so wholly and solely, it was creepy to hear the guy sounding still in character while accepting the trophy for his performance. 10. The Babylon star may not have won any awards, but The Brad Pitt Admiration Society was strong at the Globes.

All the ladies who showed up to collect a trophy for sitcom Abbot Elementary drooled over People‘s Sexiest Man Alive circa 2000, Regina Hall’s flirtatious ooh-aahs left the man blushing as did Austin Butler’s shout out to his hero, ‘Brad, I love you.’