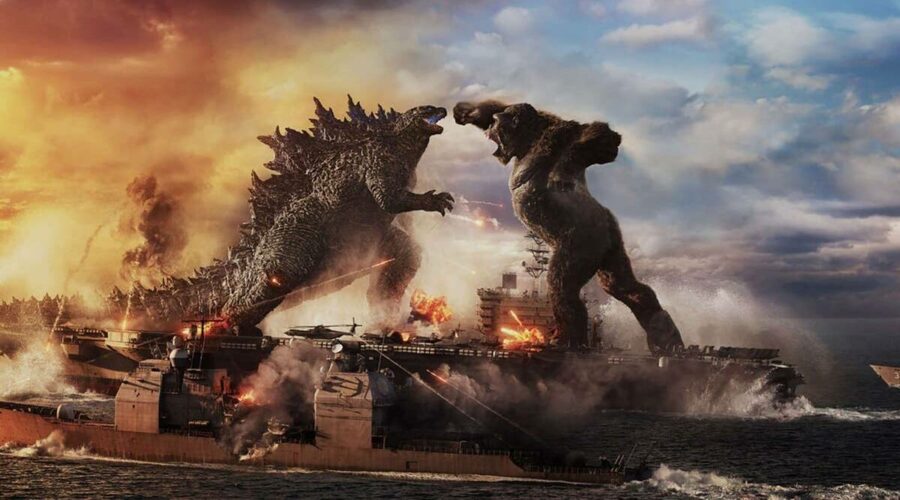 Before you watch Godzilla vs Kong, here's a brief recap of everything important that has happened in the MonsterVerse. Godzilla vs Kong is the fourth entry in the MonsterVerse, a cinematic universe populated with iconic movie monsters. Produced by Legendary Entertainment, the films are co-produced and distributed by Warner Bros.

We do not know the reason, but in the trailer, Godzilla appears to be destroying a city and killing people indiscriminately. Godzilla has so far been portrayed as a force for good in the MonsterVerse, and it is anybody’s guess what made him mad. But the world still has somebody who can stand against him. Enter Kong.

But before you watch the movie, here’s a brief recap.

The MonsterVerse began with 2014’s Godzilla. The nuclear tests of 1950s were declared attempts to kill Godzilla in the film. The villains were MUTOs or Massive Unidentified Terrestrial Organisms, insect-like monsters that feed on radiation.

The film also introduced Monarch, a secretive government organisation whose job is to find, study and hunt MUTOs. Two MUTOs are let loose in the world and they go on a rampage, prompting a dormant, ancient alpha predator to rise from the depths of the ocean. Godzilla finally defeats the MUTOs, though barely.

There are human characters here too, with their own stories tied with Godzilla, but who watches monster movies for humans? Kong: Skull Island was the second iteration in the MonsterVerse. It introduced the giant ape Kong. A motely group of soldiers, an ex-SAS operative, Monarch officials and scientists leave for a remote island that is believed to be the home of a giant monster. They arrive and enrage Kong by bombing the surface of the island. He appears and kills several of the group. Their bombings awaken creatures called Skull-Crawlers who live beneath the ground. One of them was responsible for killing Kong’s family. It’s personal.

Before the end, Kong with the help of his human friends, has defeated the largest of the Skull-Crawlers by ripping out its tongue.

3. Godzilla: King of the Monsters

The next film in the MonsterVerse was Godzilla: King of the Monsters, which remains the only critically panned film in the cinematic universe. It was also a box office bomb.

In the film, Godzilla took on King Ghidorah (a three headed dragon, who is an alien creature). Several other Godzilla staples like Rodan and Mothra were also there. While the battles were received well, the rest of the movie was deemed nonsense.

By the end, Godzilla had become the unquestioned king of the monsters.

Godzilla vs Kong will release on March 24 in India.

03/24/2021 TV & Movies Comments Off on Godzilla vs Kong: All that’s happened so far in the MonsterVerse
TV & Movies