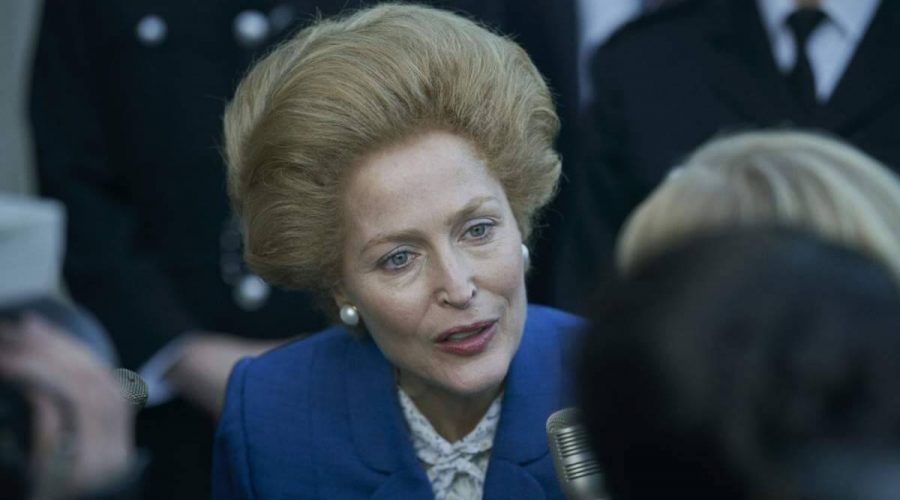 Gillian Anderson is so arresting as British political leader Margaret Thatcher that even cynical late-night hosts became giddy fans when she was on as a guest. 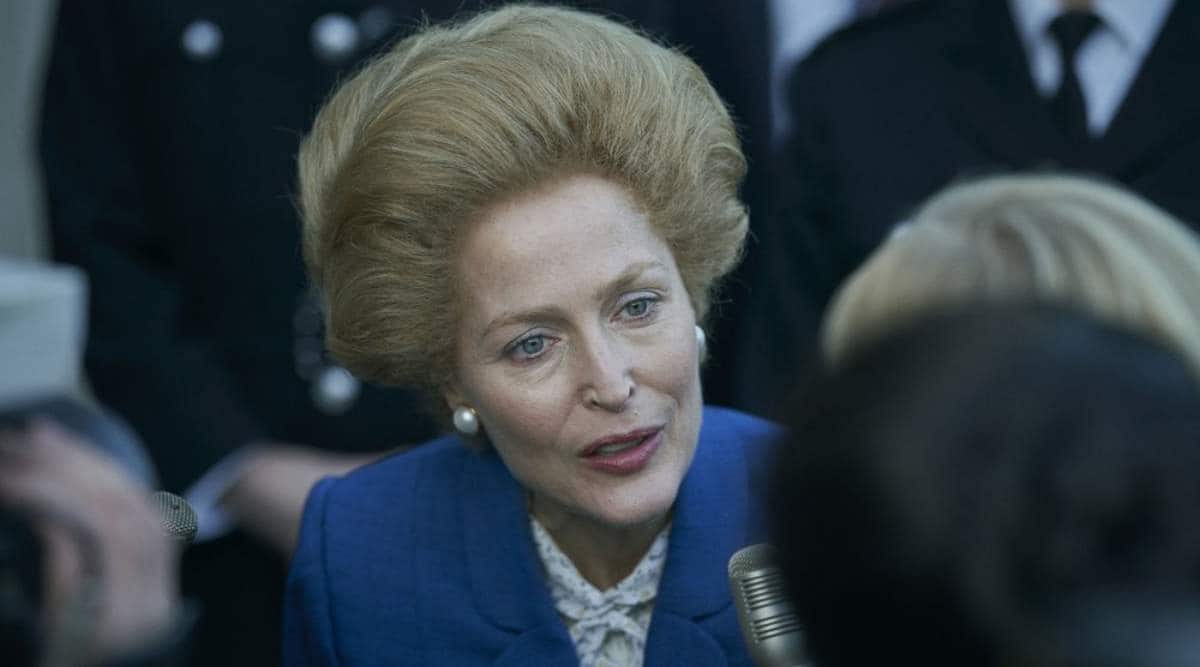 Gillian Anderson’s portrayal of British political leader Margaret Thatcher in The Crown was built step by step, from distinctive voice to helmet-hair wig to padded wardrobe.

Olivia Colman, who as Queen Elizabeth II goes coif to coif with Thatcher, found Anderson’s Thatcher so uncanny that it was “quite scary.” The U.K.’s first female prime minister and Conservative Party leader died at 87 in 2013.

“Sitting opposite her, especially with the light behind her a bit, it was” — at which point the Oscar-winning Colman paused, shivering dramatically and widening her eyes — “like she was there.”

“It was like having a ghost around,” concurred Helena Bonham Carter, who plays Princess Margaret, the queen’s sister, in the drama’s 10-episode fourth season out on Sunday on Netflix.

Anderson is so arresting as Thatcher that even cynical late-night hosts became giddy fans when she was on as a guest. “I’m already giving you the Emmy for this,” Jimmy Kimmel said, asking if she’d called President-elect Joe Biden with official congrats. Stephen Colbert saluted her performance as “extraordinary.”

The actor, who gained fame and awards for The X-Files, is Chicago-born but spent her childhood in Britain. She’s made England her home for nearly two decades, appearing on a variety of TV shows and the London stage.

While she moves easily between the accents of her native and adopted countries, Anderson worked at evoking Thatcher’s cadence and mannerisms with film and audio recordings as guides. The actor said she didn’t bring “massive preconceptions” to the role because her family moved back to America from Britain in 1979, the year Thatcher took office.

“Normally, when working on either a historical character or literary character, I find that it’s good to start from a blank slate anyway,” Anderson said. “It was helpful to have less to wipe away.”

Then came the wig and wardrobe fittings and make-up tests, which she called “a fun part” of the process but more involved than it might seem for the creative team involved.

“Everybody is deciding and discussing which particular hair color it (the wig) was going to be and whether there’s going to be more than one wig in the season,” she said. Model No. 1 required a makeover after it flunked its screen test, with “huge chunks” of hair pulled out so that it didn’t appear to be “too much of a helmet,” Anderson said.

A bonus of Thatcher’s addition to The Crown: unexpectedly comedic moments involving her and the queen, including a scene in which the prime minister who became known as “the Iron Lady” executes a curtsy verging on Monty Python-esque.

Oxford-educated but with middle-class roots, Thatcher is portrayed as ill-equipped to meet the Windsor standard for fitting behaviour. While she gets scant royal help, the future and well-born Princess Diana (Emma Corrin) passes with “flying colours,” as cast member Tobias Menzies puts it.

“It is a very ingrained English thing that we use class to put people in their places,” said Menzies, who plays Prince Philip. Thatcher’s treatment is perhaps “the royal family at their least beguiling,” he suggested.

As depicted in “The Crown,” the queen and Thatcher had something in common other than being less than a year apart in age: A shared distrust of women in authority, themselves exempted.

“Even though it’s an extraordinary moment in history, and certainly in British history,” Anderson noted, Thatcher appointed only one female cabinet member in her 11-year tenure.

An exchange between Elizabeth and Thatcher on the subject plays as biting satire as crafted by series creator and writer Peter Morgan (Anderson’s off-screen partner).

“I’m assuming no women” will get a cabinet post, the queen says to the newly elected Thatcher. Certainly not, the politician replies, and only in part because there are no “suitable candidates.”

“I have found women, in general, tend not to be suited to high office. They become too emotional,” she says.

Elizabeth’s confident reply: “I doubt you’ll have that trouble with me.”