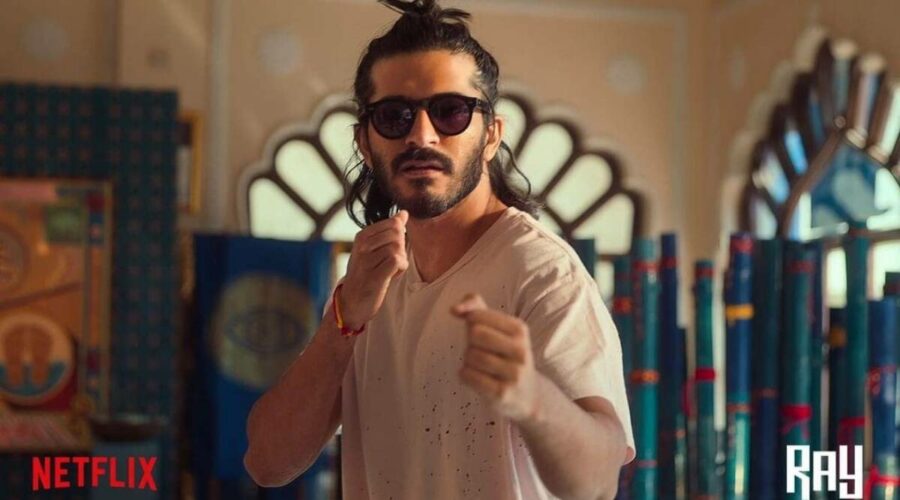 Spotlight's story revolves around a popular but creatively unsatisfied actor dealing with his insecurities as a cult leader's presence threatens his stardom. If life doesn’t move in a straight line, why should cinema? That’s what actor Harsh Varrdhan Kapoor says he always asks himself before signing a film.

Son of actor Anil Kapoor, Harsh made his acting debut with Rakyesh Omprakash Mehra-directed romance drama Mirzya and followed it up with Vikramaditya Motwane’s action thriller Bhavesh Joshi Superhero and a cameo appearance as himself in blacky comedy thriller AK vs AK.

The 30-year-old actor, who started his journey in the entertainment industry as an assistant director on Anurag Kashyap’s 2015 film Bombay Velvet, believes it is important to have digressions in movies as it gives a unique flow to stories.

“I like digression in films. I believe, in a film, everything doesn’t need to go like a bullet or in a straight line. Everything doesn’t need to have a reason, sometimes things are just there. I come from that school of thought. There is unpredictability and randomness to life and films should reflect that. They don’t need to be so structured,” the actor told PTI in a Zoom interview.

Harsh will next be seen in Ray, a Netflix anthology series based on the short stories written by legendary filmmaker Satyajit Ray.

The series has four episodes, each a contemporary interpretation of Ray’s writings with Harsh starring alongside Radhika Madan in the Vasan Bala-directed Spotlight.

The story revolves around a popular but creatively unsatisfied actor dealing with his insecurities as a cult leader’s presence threatens his stardom.

Harsh said he gave his nod to the project without even reading the script as he knew that Bala’s quirky approach aligned with his thought process. Bala, best known for his film Mard Ko Dard Nahi Hota, “creates structure, but within that, it kind of feels like things are just happening and flowing,” the actor said.

One can be talented, but that may not come through if the process of filmmaking is too “self-serious”, believes Harsh, who thoroughly enjoyed Bala’s working style.

“The thing with Vasan is that he creates such a lovely environment and as an actor you are not afraid to fail, because you know he is going to care of you. Sometimes when the process of filmmaking gets too self-serious, you are full of fear and operate from a place of fear or are withdrawn and held back.”

For his role of actor Vikram Arora, Harsh said he channeled the anxiety he was going through during the first wave of the COVID-19 pandemic in India. The actor said he could identify with the anxiousness and honesty of his character.

“I was going through an anxious time during the first wave of COVID, not knowing what the future is. When I read the material, I felt the character was also someone who was anxious and honest. I just literally took that feeling of uncertainty and read the script a million times. We were all bound in our homes, I used to get on Zoom calls with my acting coach, and do the scenes many times in different ways,” he said.

As somebody who is just four projects old in the industry and has shot for five films, the actor said he is new to the world of cinema but working on Spotlight was the best experience.

The actor said the process kept getting more “bizarre” with each passing day as he prepared for the anthology.

“I would do calls with Vasan, holding the camera over my head, looking as if I’m someone possessed and then suddenly mount it and break out into a scene. It was a two-month journey with the material and it kept getting more and more bizarre.”

The anthology premieres on Netflix on Friday.