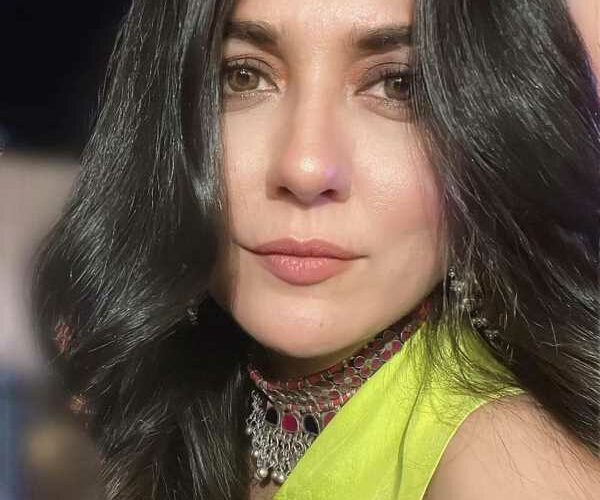 ‘You need to treat them in a way that will work for you, rather than step into relationships with a negative mindset because then everyone is a loser.’

Mini Mathur returns to the second season of Mind The Malhotras, playing a character she loves opposite an actor (Cyrus Sahukar) she shares a genuine bond with.

She tells Subhash K Jha, “I’ve known Cyrus since he was 17. We took the same flight from Delhi to Bombay when we joined MTV, so it’s been a soul connection since then. I think what benefits the show is our real chemistry which is aged to perfection, like they say about cheese and wine.”

Were you happy to return to the sets of Mind The Malhotras?

Absolutely! I have never been happier.

Just knowing that I’ll be back on set with my friends and the comfortable environment that Director Sahil Sangha is known to create as a producer and this time as a director, it just couldn’t get better.

What was it about the show that appealed to you?

I have been in the industry for a while and have consistently rejected roles that have been offered to me.

These roles put me in a box or created stereotypes or came just because of my relationship with the male or female protagonist, and I have never appreciated that.

My character in the series Shefali Malhotra was a go from the moment I read it.

I started reading the first two pages, I was just like, I will do this.

I don’t care whether I’m free or whether things match, I have to do this. 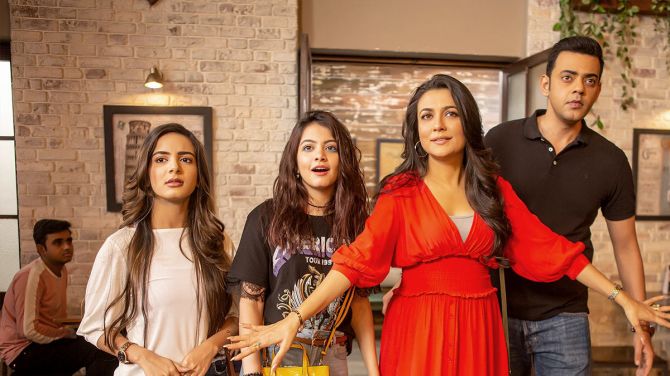 You related with the character?

Here was a story about a woman, who was so relatable in her relationships as a mom and as a professional, facing modern day dilemmas in her marriage, facing a sort of midlife crisis, seeking therapy, talking about things that are so socially relevant to the class they represent.

For me, it was an amalgamation of everything that an acting role should have.

Plus, it was a comedy, not a very easy genre to debut with.

But it came easily to me because the role was so well written.

It was easy for me to step into Shefali Malhotra’s shoes and think like her and respond like her. 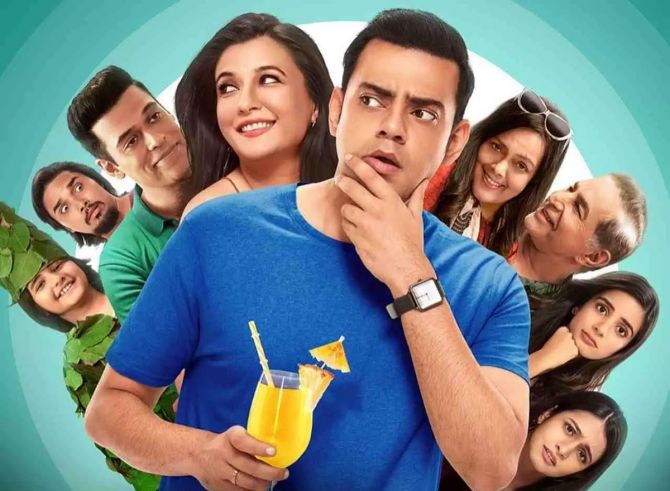 The series is all about loving your eccentric family. How is your rapport with Cyrus Sahukar and the rest of the cast?

We took the same flight from Delhi to Bombay when we joined MTV, so it’s been a soul connection since then.

We have been friends for so many years, over 20 years.

I think what benefits the show is our real chemistry which is aged to perfection, like they say about cheese and wine.

We could represent and make believable a couple who has been together, and is each other’s best friend and who doesn’t want it to fall apart.

It’s not that they’re not going to therapists because the marriage is falling apart. They’re going because they don’t want it to go down the pot, like their friends.

They want to see the other person’s perspective.

So acting with Cyrus is always a joy because you know that it’s going to be a laugh fest.

I find him to be one of the funniest guys on the planet, whether he’s depressed or it’s a good day.

There’s always humour in what he does.

Also, Sahil is such a great producer and this time, he’s in the show with Karan Sharma. He directed it as well.

So for me, it was a plus plus plus!

We were shooting in the middle of COVID and there was always that stress that came with it, but we managed and came out clean.

In the rapidly evaporating joint family structure, what is your take on the joint family?

I’ve been raised in a joint family.

I still stay with my mother-in-law, and I’m a big believer in that system.

I believe that family is something you need to keep close to yourself.

You need to treat them in a way that will work for you, rather than step into relationships with a negative mindset because then everyone is a loser.

My take on nuclear families is, of course, that once in a while, you need your privacy. It is important.

But if you can create an atmosphere of mutual respect between the two or three generations that live together and respect this space, it can be a big asset. 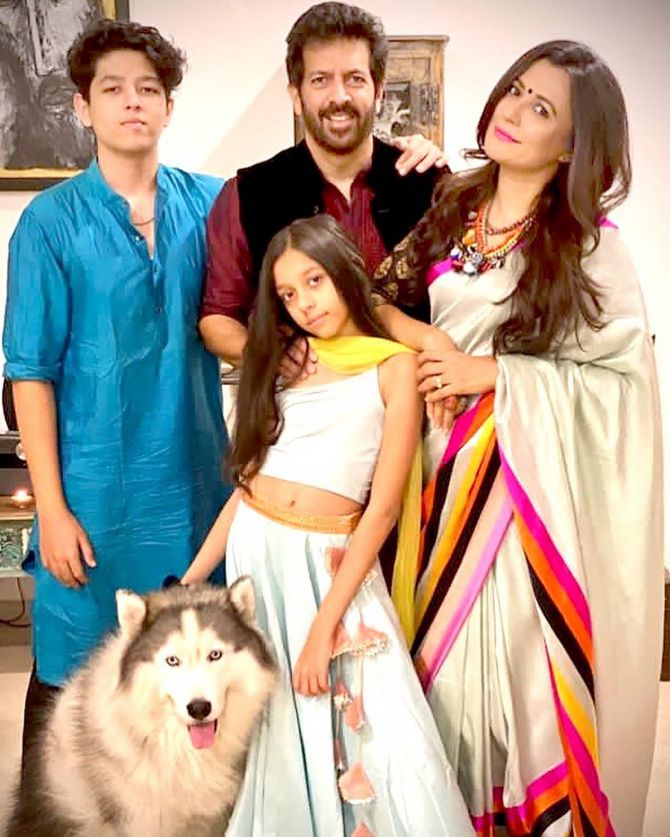 You are quite a multi-tasker. How have you managed a successful marriage, two children and a career?

By not taking myself so seriously, and by not trying to ace everything.

Just go for it with an ambition that makes me lose out on other aspects of my life.

I try to give enough time to every single face and relationship in my life.

The negative side of it is that I wasn’t somebody who gunned for roles or ran after big projects.

I could have written five books and two films by now, and directed three if I was more focused.

But I also wanted to have children, who had their mom send them to school and be there when they came back.

I wanted to have a relationship with my husband, where I wasn’t fighting about work or logistics every day.

Where we had time to holiday.

I enjoy my various roles as a TV host, anchor, actor, interior design freak or as somebody who likes cooking or adventure or travel.

I think that giving time to each of these pockets has been very fulfilling.

I’m glad you look at me as having a successful everything but nobody’s really successful. We are all struggling in this together.

Do you see OTT as the way forward for the Indian entertainment industry?

I don’t believe that the magic of theatres can or should ever be erased.

I like seeing movies with scale, with a collective audience sitting together and enjoying a spectacle.

OTT, of course, has made entertainment a very personalised experience, which I love.

I’ve never liked sitting and watching things on television. So for me, the fact that I can choose what I want to see, where I want to see it, and when is a big deal.

OTT is a plus for actors because there can’t be a better time to have yourself represented by so many different characters.

No story is too small or too big for a platform.

I just wished that they were treated more like creative platforms rather than business platforms because that’s when we start being dishonest to stories when we don’t make a story for what it’s worth.

I feel we can bring so much more honesty to the stories we tell in OTT without having to worry about the box office fate.

But I’m still a cinema girl when it comes to big spectacle films. Spoken like a true director’s wife, actually. 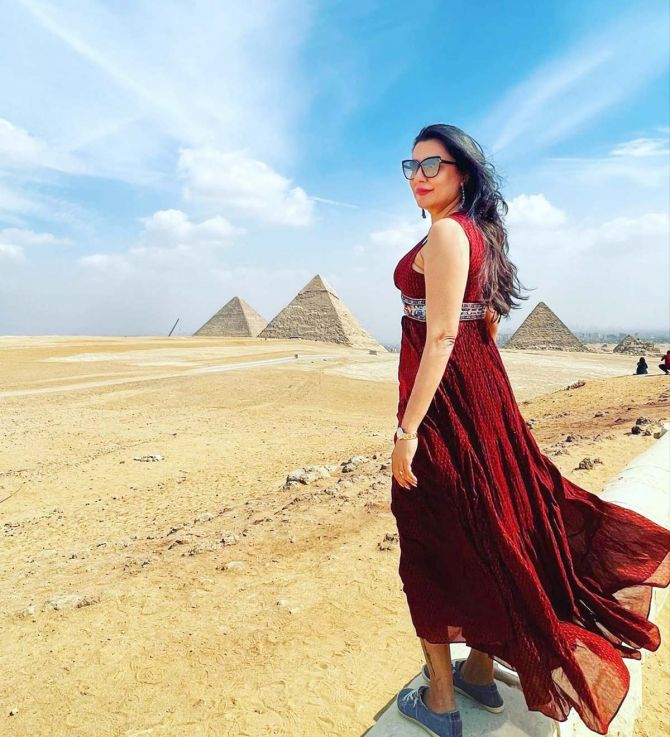 What are your plans for the coming months?

I have shows in New York and in Australia, so I’m going to couple them with a lot of travel.

I have another season of the Discovery School Superleague.

I’m trying to figure out how to write and finish something I’m going to direct soon.

Lots of plans but I don’t know how many will materialise in the next few months.

I’m also going to tell myself to be more open to taking risks as an actor. 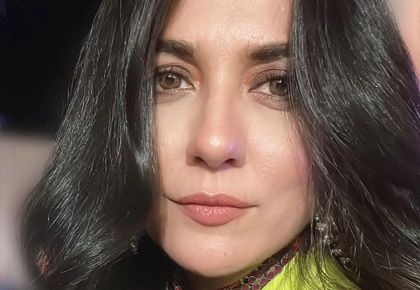