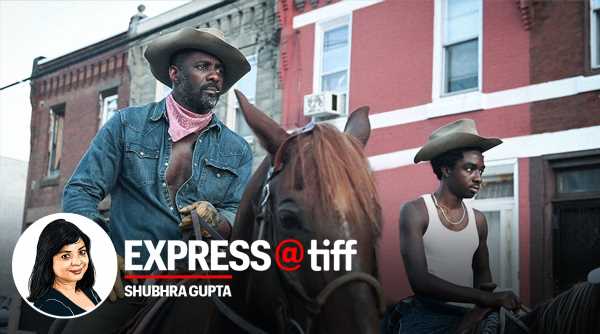 We know how things will pan out, of course. But there’s freshness in the way Concrete Cowboy is written. 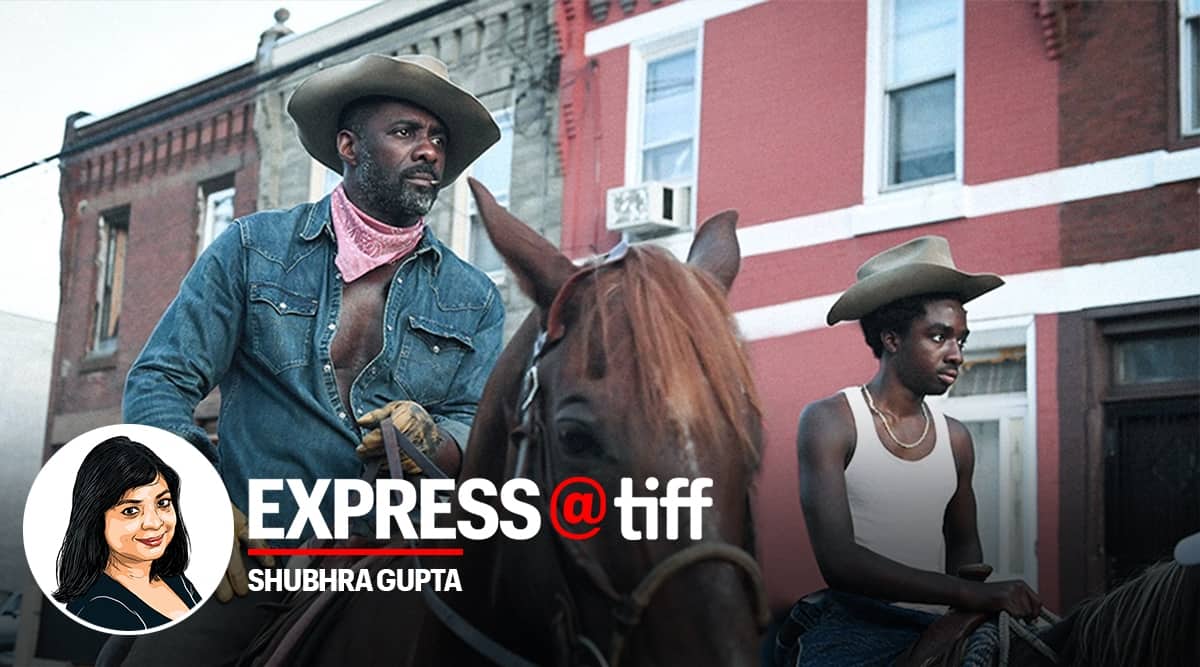 The cowboy is such a ‘Western’ fixture in our imagination that to learn that the urban horsemen tradition in Northern Philadelphia is more than hundred years old leads to disbelief. Ricky Staub’s Concrete Cowboy, starring Idris Elba as a gruff, weathered ex-con- turned-horseman, and Caleb McLaughlin as his estranged son, gives us a world that we didn’t know existed: a horsey haven in the heart of town, the Black residents of Fletcher Street tending lovingly to their animals, and looking out for each other.

There are familiar strands teased out from the YA novel Ghetto Cowboy by Greg Neri, from which the film has been adapted. A father who has no idea how to be one; a son harbouring old resentments. Young boys working for drug bosses, hoping to bail out of poverty, only to find that once in, there’s no out. And a redemptive arc which gathers all these disparate elements together.

Fifteen-year-old Cole (McLaughlin, Stranger Things) finds himself dumped on daddy Harp’s (Elba) doorstep, but if he was hoping for a warm, fatherly welcome, he’s at the wrong address. He finds an empty fridge, a filthy house, and a man who has more to say to his pals gathered around the neighbourhood campfire every night, than to his own son. Soon enough, Cole is picking up threads with cousin Smush (Jharrel Jerome, Moonlight), a small cog in the local drug runner’s wheel. Will Cole tip over into drug dealing and quick money because Smush makes it look so shiney? Or will he do it the hard way, and find himself, helping Harp do the same?

We know how things will pan out, of course. But there’s freshness in the way the film is written. The way, for example, Cole runs into an unexpected roommate in Harp’s house (it’s a horse), or the manner in which he learns how to muck out the stables (never wear new shoes), or, crucially, his entry into the bluff but kindly gang Harp hangs out with (a bright-eyed wheelchair user giving him the nod), and other elements that would tend to occur in a father-son reunion movie, are done gently, with a touch of humour, and pathos.

Smartly, the film stays away from saccharine. A blow-out between Harp and Cole, makes you wonder if this is the end. But then Harp takes off on what seems like a tangent, talking about his love for jazz legend John Coltrane. That’s where Cole’s name comes from. This kind of a moment belongs to tear-jerkers, but here it’s done with delicacy, both father and son learning to lean into each other from this moment on.

Horses as therapy can be trope-y. Inner cities being run over by drugs, crime and killings is another. But Concrete Cowboy coasts on the real warmth of its characters for each other, and the love for their horses. Mainstream Hollywood hasn’t really shown Black cowboys in quite this upfront way: here, Elba, McLaughlin and others, trot their way out of trouble, head held high.

09/16/2020 TV & Movies Comments Off on [email protected]: Concrete Cowboy coasts on the real warmth of its characters
TV & Movies