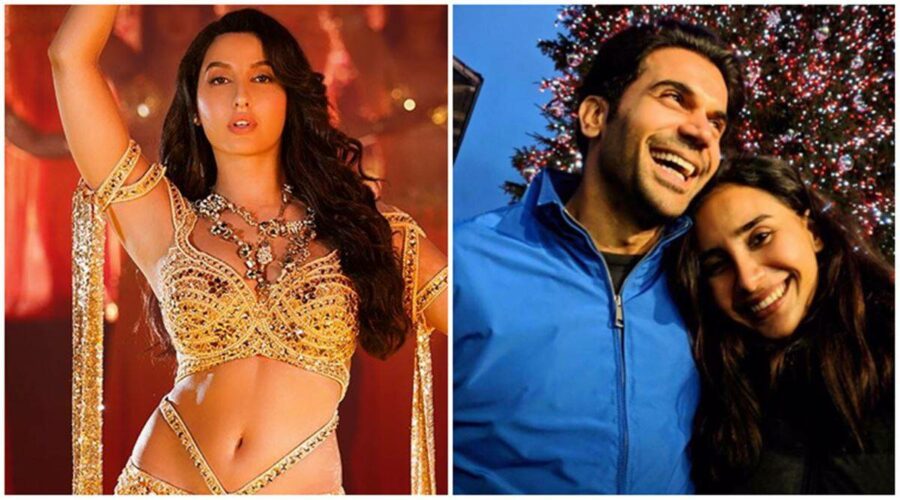 Entertainment news Live Updates: Rajkummar Rao and Patralekhaa are all set to tie the knot. The couple has been tight-lipped about their marriage. The wedding season is set to begin in all seriousness in Bollywood. Starting the trend of celebrity weddings are Rajkummar Rao and Patralekhaa. Sources close to the actors have confirmed to indianexpress.com that they will indeed be tying the knot in a destination wedding. Rajkummar and Patralekha have been tight-lipped about their wedding.

As per reports, Ranbir Kapoor-Alia Bhatt, Katrina Kaif-Vicky Kaushal, Ankita Lokhande-Vicky Jain will also be getting married soon. However, the couples have maintained silence about their nuptials.
The couple is expected to make a statement on Thursday. Bride to be Patralekhaa shared a beautiful video of herself on Wednesday. “Sunshine,” she captioned the photos as she shared sunkissed photos of herself. Farah Khan appreciated the photos.

The song Kusu Kusu from the film Satyameva Jayate 2 has also released, and it features Nora Fatehi. Sung by Zahrah Khan and Dev Negi, with music by Tanishk Bagchi, the song sees Nora dancing among flames, while John Abraham watches moodily from a corner, as he appears to be on one of his missions. The lyrics have been written by Tanishk.

Satyameva Jayate 2 song Kusu Kusu has released. We expect the Nora Fatehi song to sink into the congealed mass of similar-sounding numbers with the tune that gives you deja vu. Nora, as always, is scinitllating. READ MORE

Rajkummar Rao and Patralekhaa’s wedding is set to be an intimate and private affair with only their close friends and family in attendance. Covid-19 remains a concern due to which the affair has a limited guest list. It was also a reason for choosing a destination wedding.

Evelyn Sharma shared a mirror selfie with her baby bump and wrote, “Not long to go now! 🥰👼🏻 #cantwait #mummytobe #babybhindi.”

Movie star and Eternals actor Salma Hayek has also said she got extremely emotional when she saw herself for the first time in the superhero costume, the actor said in a recent interview with Despierta America. Salma plays the Eternals leader Ajak in the Marvel Cinematic Universe feature.