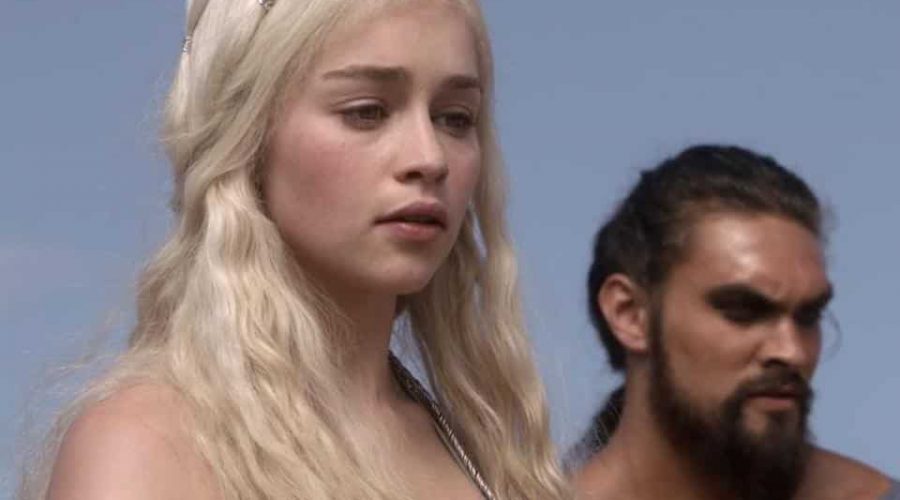 The release of a new Game of Thrones oral history book, Fire Cannot Kill a Dragon, has revealed some new details about the show’s controversial legacy regarding sexual violence against women. The book reveals series author George RR Martin as saying that he was not consulted about the change of a consensual sex scene into one that showed sexual assault.

According to Insider, Martin said that the showrunners, David Benioff and DB Weiss never discussed changing crucial details about the encounter between Daenerys and Khal Drogo on their wedding night with him. “It made it worse, not better,” Martin said. In the book, A Song of Ice and Fire, the scene is clearly consensual, although Drogo assaults her on several occasions later.

“Why did the wedding scene change from the consensual seduction scene … to the brutal rape of Emilia Clarke? We never discussed it. It made it worse, not better,” Martin said in the book.

Benioff defended the change. “Here’s a girl who is absolutely terrified of this barbarian warlord she’s being married off to, it’s the last thing in the world she wants, yet somehow by the end of this wedding night she seems to be in a completely joyful sexual relationship with him. It didn’t entirely work for us,” he said.

Also read: Game of Thrones cast is as disappointed with season 8 as you are and they are saying it openly

“Also, in the second episode she has to go back to the less consensual, rougher relationship,” Weiss said. “In the book that works, but we just didn’t have that amount of time and access to the character’s mind. It turns too quickly. It was something the actors themselves felt wasn’t gelling.” Weiss said that Emilia Clarke “mentioned the wedding night and issues she was having with it,” but that they were on the same page.

During the show’s eight-season run, many prominent female characters are sexually assaulted. Besides Dany, Cersei Lannister and Sansa Stark were also involved in controversial scenes. Both scenes were heavily criticised.