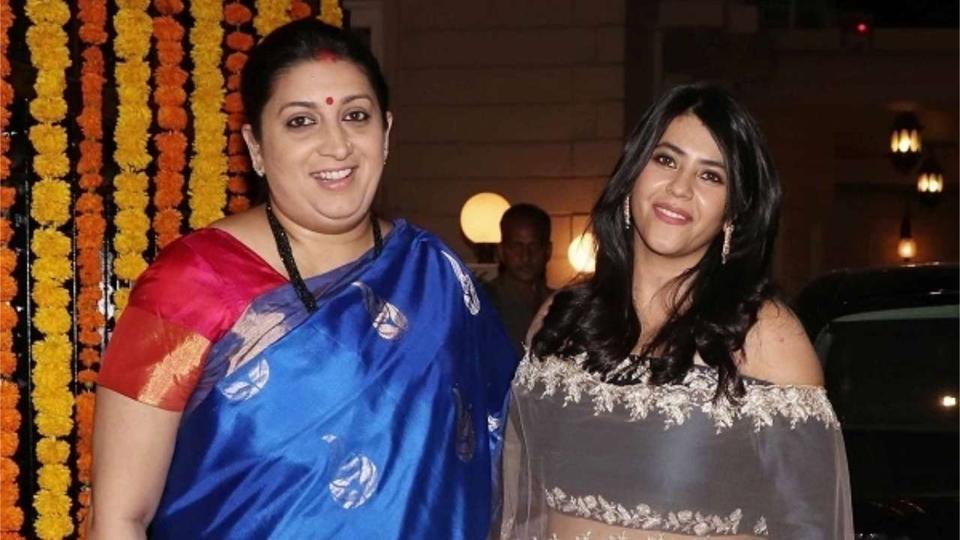 “All eyes on #amethiwe r rooting for our aunt,” Ekta wrote with a photo of her son watching election results on TV. Irani also thanked Kapoor and replied with emojis.

Kapoor and Irani go a long way back. The TV and film producer had cast Irani as the lead of her hit TV show, Kyunki Saas Bhi Kabhi Bahu Thi, back in 2000. While Irani left acting for politics, their friendship continues.

All eyes on #amethi we r rooting for our aunt

Gandhi is trailing behind Irani in Amethi in what is turning out to be one of the fiercest contests of the general elections.

Ahead of the election campaign, Ekta shared a long note in support of Smriti. She wrote, “To my soul sister! Ur one of d loveliest ppl I know ! Although I know nothing about politics I know one thing …u stand up for wats right n fight for anyone who is marginalised by society! Also I love ur wicked sense of humour!!! 😉 maasi happie bday we wait for u in bby after ur hectic months of elections n campaigning!! Lots of love duaaas n wishes from ravioli n me.”