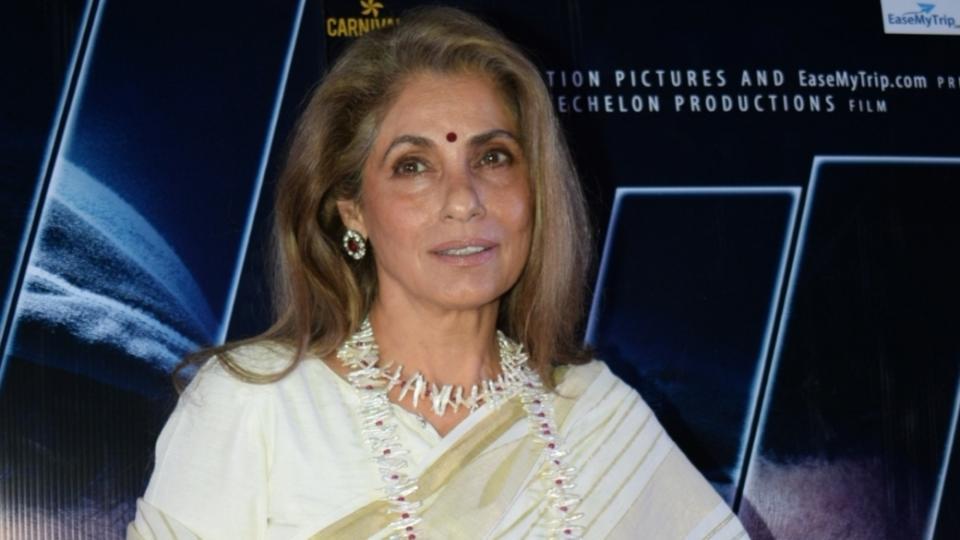 Actor Dimple Kapadia has landed the role of a lifetime in filmmaker Christopher Nolan’s upcoming film, Tenet. Talking about how Dimple managed it, her talent manager said she had to give an audition for the movie.

Purvi Lavingia Vats told Mid-day that they were in constant conversation with the film’s team for the last one-and-a-half month. “With someone like Nolan, who is secretive about his scripts, the brief provides little information on the role. For the audition, they don’t give you a scene from the script. They [Nolan and team] had already seen her footage and had loved her work. When they saw her audition tape, Nolan and the casting director came around, and the rest is history,” she said.

But auditions aren’t something Dimple has had a lot of practice in. She has won several awards and accolades for her performances in films like Rudali, Dil Chahta Hai and others but she is still a stranger to auditioning for roles.
“Dimple has never auditioned before. So I had to sit her down and make her understand that the idea of casting people, basis their taped auditions, is to understand if they fit the part. But they are respectful when someone is reluctant and are willing to watch tapes of their previous work,” Purvi added.

Dimple’s daughter and author Twinkle Khanna tweeted her congratulations on Friday. “Congratulations mother! So so proud of you! You are truly amazing and you set an example for all of us that age is not an obstacle in the path of ability and talent #Hurrah,” she wrote.

Tenet film will also feature Robert Pattinson and Michael Caine, and will be shot across seven countries, including India. Celebrities from Bollywood have cheered Dimple on landing the role.

Dimple, who made her screen debut with 1973’s Bollywood film Bobby, is a National Award winner. She has proved her mettle in Indian cinema with an eclectic mix of parallel and commercial films alike.