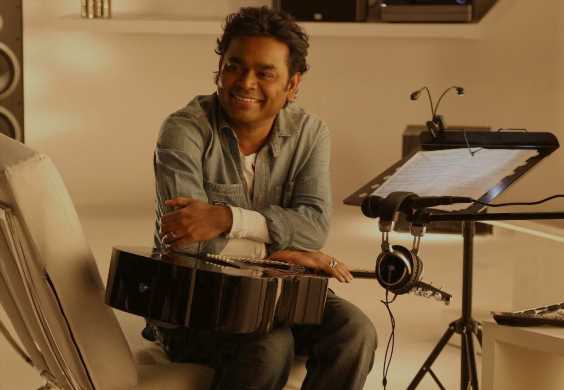 A lot of people only associate him with his music. And, obviously, he’s a great musician.
But Rahman, above all else, is a living example of spiritual equilibrium and intrinsic human goodness.
A fascinating excerpt from Krishna Trilok’s Notes Of A Dream: The Authorized Biography Of A R Rahman. 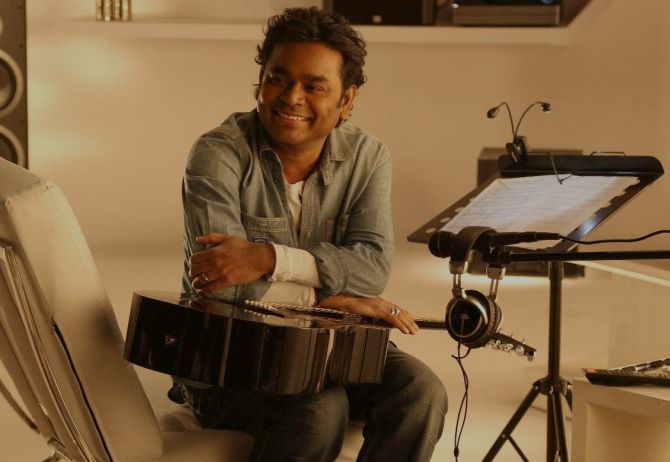 Allahrakka Rahman. It is, as Simi Garewal noted during her interview with AR in the early 2000s, a beautiful name. Hear it, say it, and you will find yourself acknowledging as much.

AR’s mother Kareema Begum selected it for him after he and his family decided to formally and fully embrace Islam. According to Rahman, she had a dream in which she heard a voice that kept saying something that sounded like ‘AR… AR…’

By this time, Rahman was seriously considering a change of identity. He wanted to be born anew, to drop what he describes as the ‘insecurity’ of his old life and wipe the slate clean.

Incidentally, the change of religion was an idea that came later. AR had been considering a new name well before he decided to embrace Islam. One name he had originally given thought to taking was ‘Ram’ — which is a Hindu name.

Then his mother had her dream and told him of it. At first, her son was rather stumped. AR? What was that supposed to mean?

Only then did the change in religion happen. Allahrakka Rahman (which literally translates to ‘The Grace of Allah’; one of the 99 names of God in Islam) was finalised as his new name after considering alternatives such as Abdul Rahman — which he was advised against taking as it sounded like the name of an older person.

Long had AR and his family found comfort in Sufi Islam. He had connected to the religion much before embracing it fully. Sharada Trilok remembers one occasion when AR had accompanied her and Trilok Nair to an ad shoot in Mumbai, in the late 1980s, and suddenly disappeared for a few hours. He had gone off to visit the famous Haji Ali dargah in Mumbai.

The official change of name and faith occurred only days before the release of Roja. In fact, in the title sequences of even the final edit of the movie, AR was credited under his old name.

‘Literally just before the release,’ remembers Trilok Nair, ‘we got a call from Amma saying his name in the movie had to be changed. It was a pretty big request to make so late in the day, but she was particular about it. She said it really, really mattered to her personally. In fact, she would’ve rather not had his name appear at all, than not have his new name appear on the credits.’

So Trilok Nair called up Mani Ratnam and asked if he could make the change AR’s mother was asking for. Eventually, Mani Ratnam agreed. ‘If it means so much to this boy,’ he said, ‘I’ll get it done.’ 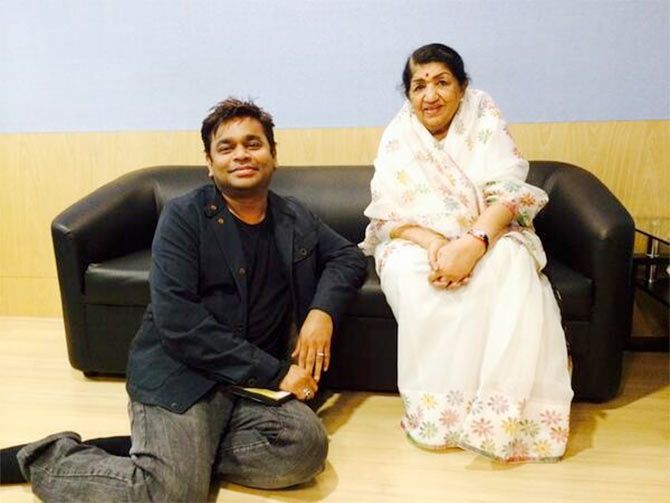 AR’s embracing of Islam wasn’t something you could describe simply as a change in religion. To do so would be underestimating the gravity of the shift. It signalled a total change in AR’s thinking, his spirit and the person he was in general.

He truly broke away from everything he had been up until then — a man with a life full of failures and sadness, as he describes it — and he now had a clean slate which he could build on.

There is nothing one can do about the situations one is dealt in life, but what is in a person’s control is the ability to decide how they are going to react to it: positively or negatively.

Circumstances are God’s, but choices are man’s. And AR decided that everything that happened to him, from there on, he was going to react to positively.

It did him, and everyone around him, wonders.

‘Religion, for Rahman, was sort of like this impenetrable suit of armour,’ says Rajiv Menon. ‘He believes that with his faith on his side, nothing can harm him. That lets him be very brave, creatively and in everything else.’

It takes a lot of courage to always believe in the best of people and situations. You truly have to let go of your ego to transcend anger, envy, hate.

Rahman has done that and it is largely because of his religion and all that he’s taken away from it.

A lot of people only associate him with his music. And, obviously, he’s a great musician. But Rahman, above all else, is a living example of spiritual equilibrium and intrinsic human goodness.

Most of the accounts that attempt to understand the person that is Rahman tend to make him out to be some sort of religious zealot. They go on about his obsession with the tenets of Islam, such as praying five times a day, each day, without fail, and visiting dargahs and pirs.

None of this is factually incorrect. AR is particular about his daily prayers, his namaz. In fact, he says he picked his Powai apartment because it was located close to a mosque and he could hear the calls to prayer every day. And sure, he does visit his chosen holy shrines and holy men of Islam whenever he can, whenever he feels he needs guidance from a higher power.

And, yes, he does believe that some days — such as Friday — are more powerful than others. But how is any of this different from any regular guy who follows any religion? 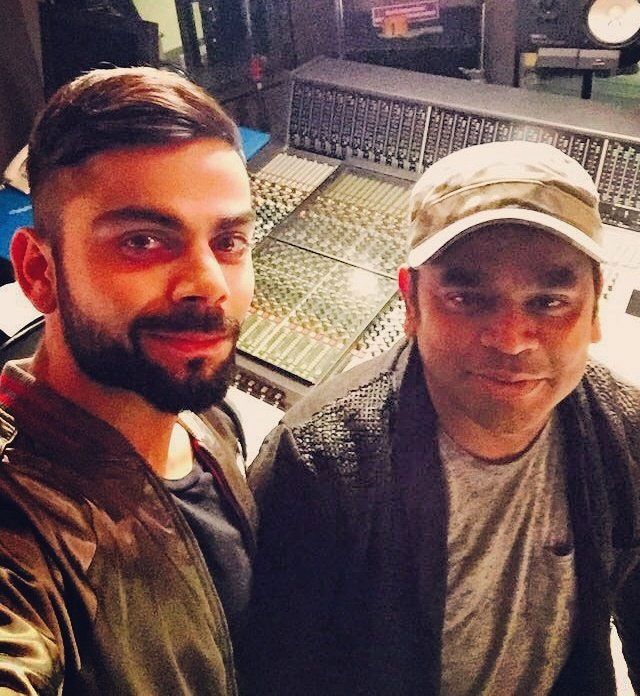 Religion is a big part of AR’s life, but it means a lot more to him than prayers and visits to holy places. What one needs to understand here is that every aspect of his life is infused with his faith.

‘How to behave in a way that’s in alignment with what I believe — that’s how I try to live,’ AR says. ‘Some of us understand our beliefs theoretically, but we don’t actually put them into practice.’

A R Rahman is a Muslim, and Islam and Allah mean a great deal to him. They are an integral part of who he is. But the simple fact is this: More than religious, AR is spiritual.

He has obtained from religion the one thing that all men who are truly spiritual get from any organised system of belief: The ability to put one’s faith and trust in a power beyond oneself; to dissolve all personal pride and develop a support system one can always rely on.

The world of music can be heady, like most of showbiz. And AR, as did many legends before him, understands that the only way to play the long game is to be disciplined and true to your craft.

He has taken from Islam what he believes will give him such discipline — forgoing intoxication, embracing charity, routine prayers. He visits dargahs and goes to Mecca because he believes in God, in Allah, who has given him so much.

At some point of time in every person’s life, one finds something that sets them on the path they are meant to take. It could be a job, a mentor, a relationship, a practice, anything. It helps them drop all the internal chaos and upheaval they’ve experienced thus far and embrace serenity and hope.

For AR, it is Islam that set him on his path. The reason he prefers not to talk about his earlier life is not because he has anything against his old faith, but simply because he associated his time before Roja with loss and sadness, insecurity and frustration.

Dropping his old identity and everything to do with it gave AR a fresh start and paved the way for more peaceful days.

When AR is disturbed by something, when something doesn’t go according to plan, the first thing he does is pray. He then goes ahead and does whatever he can to deal with it.

Prayer gives him the equanimity to deal with the situation, his mind unclouded by emotion. And he also fully believes that, no matter what he does, without the leave of that higher power, nothing is going to happen. He believes that force needs to give him the solution. 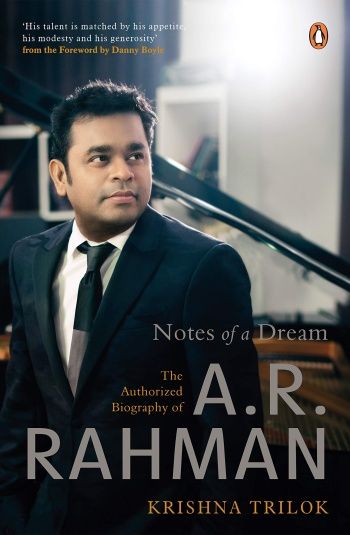 Rahman is particular about being in Chennai for the month of Ramadan and makes regular visits to several holy shrines in and around the city, around the country.

The shrine of Khwaja Moinuddin Chishti in Ajmer is a place he has immense faith in and one that also gives him a great deal of peace and centring. His family, in fact, has a house near the dargah.

Another shrine he is attached to is the Ameen Peer Dargah in Kadapa, Andhra Pradesh. Ameen Peer Dargah is pan-religious in its belief systems and, on Thursdays and Fridays, pilgrims from most every walk of faith come to the ancient prayer complex.

AR makes it a point to visit Kadapa whenever he can. It is a spiritual retreat away from all the chaos in his life of deadlines and expectations.

‘I first met Rahman when he was nineteen years old,’ says Trilok Nair. ‘It was a long, long time ago. He’s gone places, and a lot has happened since then. But we’re still friends, and we will, I presume, remain friends too. Life goes on and he is truly an amazing guy and a brilliant musician.’

‘From the moment I heard his jingle for the drug ad, I knew this guy was extraordinary. We stood by him in our own little way in our time, fighting with ad agencies to let us use him long before he was A R Rahman. And he stands by us now, helping us in whatever way he can. To be able to do that, definitely he’s touched by God.’

Excerpted from Notes Of A Dream: The Authorized Biography Of A R Rahman by Krishna Trilok, with the kind permission of the publishers, Penguin Random House India.