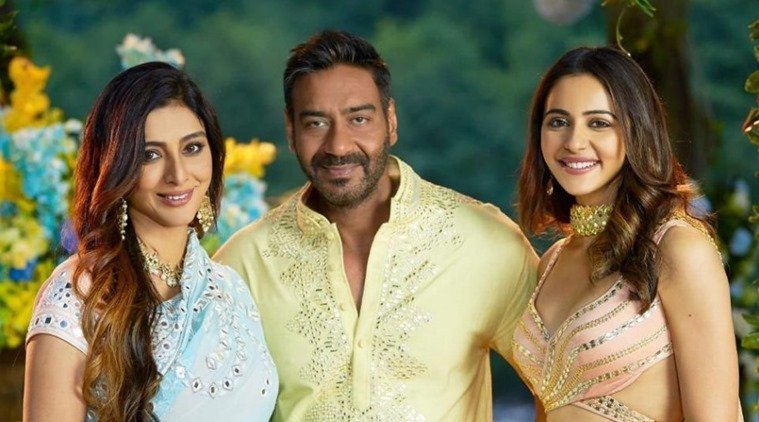 Ajay Devgn starrer De De Pyaar De is putting up a brave front at the box office despite Hollywood biggies like Avengers: Endgame and John Wick Chapter 3 staying strong. The Akiv Ali directorial, also starring Tabu and Rakul Preet, has managed to gross a total of Rs 50.83 crore in five days of release.

De De Pyaar De is a romantic comedy revolving around a man who is caught between two women, from different generations. The gap in their age leads to funny situations as Ajay’s Ashish Mehra tries to help his young girlfriend fit into his family.

While the film is receiving a good word of mouth, critics did not seem happy.

The Indian Express’ film critic Shubhra Gupta gave it two-and-a-half stars. She wrote in her review, “De De Pyaar De is a mixed bag. Starting off as a breezy older man-younger woman sex comedy, tipping over into an emotional family drama, and trying to sustain a progressive stance while keeping up the randy quotient: it’s both hit and miss.”

She added, “You wish the film had been braver in its intention of creating a really cracking rom-com, instead of playing its clichés for a laugh. At his best, dialogue writer Luv Ranjan has the ability to pull off the difficult task of making actors sound like real people when they are in stormy, messy relationships, and those are the moments in which De De Pyaar De does best. Pity it didn’t have more of those.”