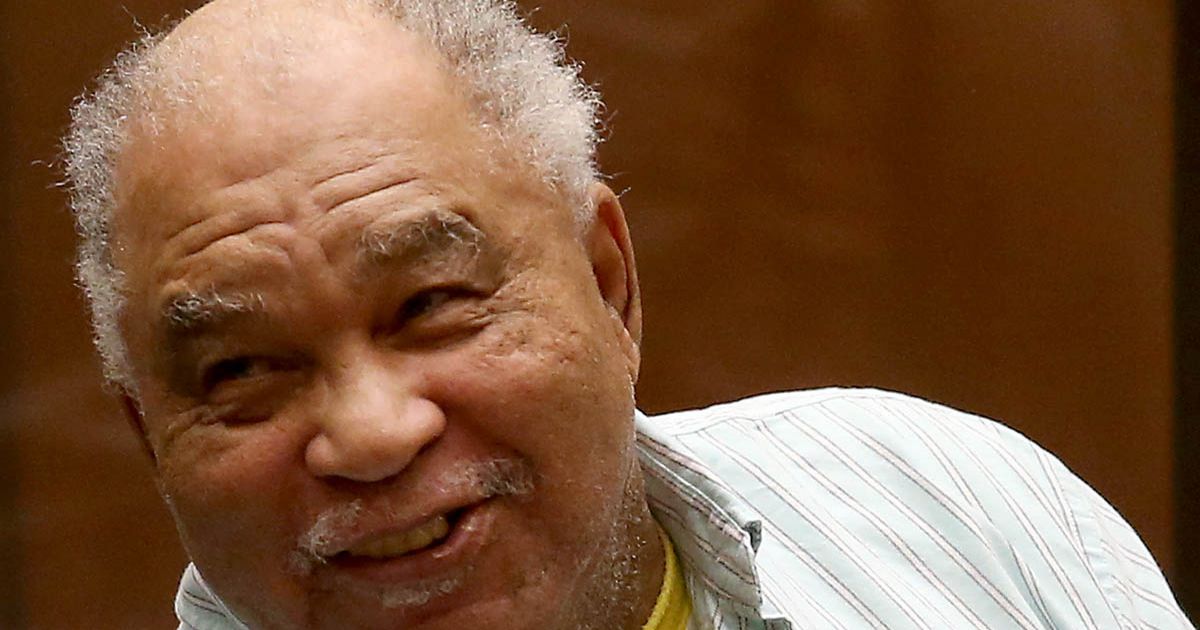 A man suspected of being the worst serial killer in American history is finally helping police solve his appalling crimes.

Chubby-faced Samuel Little claims to have murdered up to 93 women in a killing spree lasting almost 40 years.

The FBI have said publicly it has good reason to believe he was responsible for more than half of those.

If that turns out to be true Little would have eclipsed other infamous killers such as Ted Bundy, who butchered 30 women.

Serial strangler Little, now 78 and serving life, says in a chilling confession taped by police: “I try to trace back to when I became attracted to a woman’s throat.”

In an even more twisted outpouring he laughs: “A lot of these women have a death wish. Yeah they want to die.I love all of them.

“I can’t pick a favourite, when they die, they’re all favourites. They all belong to you. I’ll see you in hell.”

Little’s confessions to police will be heard for the first time on a Channel 4 documentary next week.

Police now have little doubt he is one of the most prolific serial killers in US history.

Giving a clue to how he got away with such crimes, for so long, he explains: “I didn’t take chances. I didn’t have nobody with me and I pick on mother****ers that wouldn’t be missed. That’s why I didn’t get busted a long time ago.

“I didn’t waste no time digging bodies. I got so crazy I wanted more. That’s a curse that I have got.”

Investigators say he operated in several states, targeting “marginalised and vulnerable women” including prostitutes. Some bodies were not identified and deaths uninvestigated.

Little was arrested more than 100 times and had an extensive criminal record, with offences from armed robbery to rape across the US.

But he was not successfully convicted of murder until arrested on a drugs charge in a homeless shelter in Kentucky 2012.

He was extradited to California. Once he was in police custody in Los Angeles, DNA tests on the former cemetery worker linked him to three unsolved murders from 1987 and 1989, all in Los Angeles County.

Little pleaded not guilty at trial, but was convicted and given three consecutive life sentences.

At the hearing in September 2014, Pearl Nelson, 38, the daughter of victim Audrey Nelson was hugged by Mary Louise Frias, whose Godmother, Guadalupe Zambrano was killed by Little.

It was only in jail that he began to talk about his other victims. He had incredible memory recall, even down to how each women – or Angel as he sometimes calls them – looked and what they wore.

His three known victims were beaten and strangled, before their bodies were dumped in
alleyways or bins.

It turned out they were just a fraction of those he killed.

Little had travelled state to state in a beaten-up car buying drinks for women or taking them shopping before pushing his thumbs into their necks and strangling them.

Ben Davies, who was in a relationship with Samuel Little’s sister for 20 years remembers him: “He was a hustler. I remember he had an old mobile [home] and it was just full of stuff, clothes, meats.”

Born to a single mum who abandoned him as a child, Little’s jobs included being an ambulance attendant, and day labourer.

He was looked after by a long-term girlfriend called Jean who shoplifted food and drink to keep them going.

It seems she was unaware that one of his pastimes was regularly murdering women.

This February, the FBI released portraits he drew of his victims in the hope they can be identified and their families notified.

One of Little’s drawings shown on camera has written underneath the drawing “she is mine”. Detective Darren Versiga has interviewed Little twice – and has now started receiving letters from him which have enough detail to prove he was the killer of some of the women he claims.

He believe Little is not exaggerating and has committed dozens of murders.

The detective says: “When he can tell the last meal she had – he has confirmed those.

“And I mean if he wanted to take credit for all of them he could have said ‘yeah, they’re all mine, put them on me’, but he didn’t want that.”