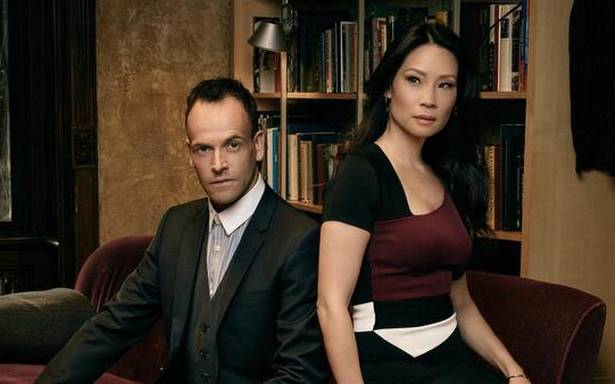 From authors like Neil Gaiman, Colin Dexter and Michael Chabon to filmmakers and showrunners like Guy Ritchie, Steven Moffat and so on, dozens of people have adapted the Sherlock Holmes canon for the 21st century, with results that are mixed at best. Moffat’s BBC series Sherlock is a case in point — after a promising first couple of seasons, it began to fall apart and is now in freefall, quality-wise. Does anyone even remember the last two seasons that well, apart from the gory details of that Christmas special (where Sherlock mansplained feminism… to a bunch of pioneering feminists)?

The exception to this phenomenon is a show that, over the last six years, has married the strengths of Conan Doyle’s original stories with quicksilver TV writing — CBS’s Elementary, created by Robert Doherty and starring Jonny Lee Miller as Sherlock Holmes and Lucy Liu as Dr. Joan Watson (a gender-swapped take on the original character). Earlier this week, Elementary began its seventh and final season, a 13-episode run wrapping up the story of the inimitable duo, which began with Watson, an ex-surgeon, being hired as a sober companion for Holmes, who has recently fled to New York from London following an opiate-fuelled meltdown. Soon, the two find themselves consulting on cases for the NYPD’s Major Crimes unit, led by Captain Tommy Gregson (Aidan Quinn) and Detective Marcus Bell (Jon Michael Hill).

On the surface, Elementary is a classic American police procedural, with all the bells and whistles of crime-scene investigations. However, the real power behind the show is its superior character development and the brilliant performances of Miller and Liu. Miller’s fidgetiness and his restless energy capture something essential about the legendary detective — it helps that his screen presence is immense. Liu is, arguably, even better, her quiet but powerful dialogue delivery perfect for a character like Watson.

The progression of Watson’s character is a rare and precious thing, something creator Doherty can be proud of. In the first season, we see her as a sober companion, having stopped her surgical practice after a patient under her care died — Holmes is not the only one in this partnership battling demons. (The original Watson had war injuries.)

Over the years, we’ve seen her becoming a fine detective in her own right, often breaking cases wide open, even when Holmes has thrown the towel in.

When Liu was revealed to be playing Watson, there was a lot of speculation about whether the show would go the hackneyed route and introduce a romantic relationship between its two protagonists. Instead, Elementary has given us a mature, heartwarming friendship for the ages, one that feels contemporary and viscerally real in its ups and downs. Over the years, Watson has made Holmes less brusque and more likely to hear out someone he doesn’t respect intellectually.

Conversely, Holmes’s constant affirmation of her investigative talents has made Watson much more self-assured about her life choices, especially in front of her family and friends. It’s beautiful, without devolving into cliché. As Holmes said in the third season, “Friendship is a mutually beneficial relationship, in which both parties move towards the best versions of themselves.”

Another aspect that adds to the show’s urgency is the sheer number of episodes that engage with contemporary, often ongoing issues — hacker collectives, ‘prankvertising’, price-gouging pharma firms, even India’s infamous sand mafia have popped up in past episodes. One cannot wait to see what recent ailments have been wrapped up in Holmes and Watson’s concluding puzzle-box.

The writer and journalist is working on his first book of non-fiction.