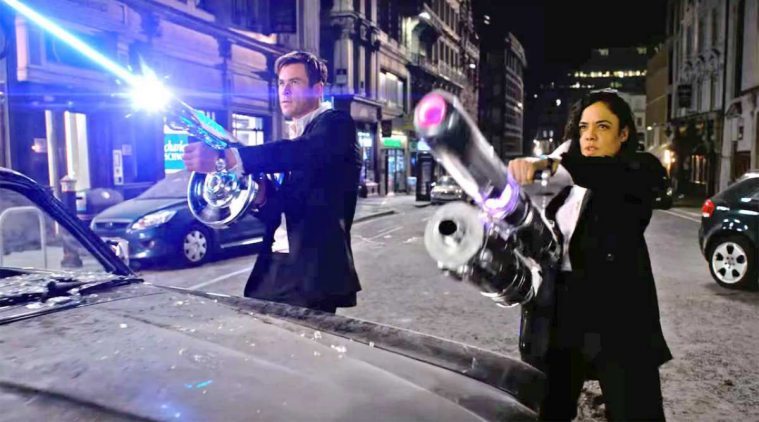 In the series reboot, titled MIB: International and directed by F Gary Gray, Chris Hemsworth stars as Agent H alongside Tessa Thompson's Agent M, a new recruit to the secret organisation that monitors and control the activities of alien species on Earth. Hollywood star Chris Hemsworth is excited about his gig as an MIB agent and he says it is an honour for him to take forward the legacy of actor Will Smith.

Smith and Oscar winner Tommy Lee Jones are the original stars of the franchise that started with 1997’s Men in Black. The two actors portrayed Agent J aka James Darrell Edwards III and Agent K, respectively.

In the series reboot, titled MIB: International and directed by F Gary Gray, Hemsworth stars as Agent H alongside Tessa Thompson’s Agent M, a new recruit to the secret organisation that monitors and control the activities of alien species on Earth.

“I love the original MIB franchise. Will Smith did it a couple of times and this was an opportunity to take that legacy forward and make something fun and huge and amplify these elements. The characters are full of cheek and charm. My character Agent H has anti-establishment attitude to him. And it was interesting,” Hemsworth said at a fan event here on Monday.

The 35-year-old Australian actor said working on the film was a surreal experience as he got a chance to travel across the US, Morocco, Italy and the UK while filming the project.

“My favourite part about this movie was that we got a chance to travel. We mostly shoot the films in New York and here it was a lot of travelling. We were shooting in Morocco… It was a surreal experience. It was a lot of fun,” he added.

Hemsworth, who has been a regular to Bali as a tourist, was happy to interact with his fans during his work trip to the Indonesian island.

The actor was welcomed on the red-carpet amid much fanfare and celebrations.

Eager fans of the franchise and members of the press waited for over an hour to catch a glimpse of the actor and probably score a selfie.

Hemsworth, who looked dashing in a grey ensemble, gave his fans, especially the female followers, a moment to remember as he clicked selfies and signed autographs for most of them.

The crowd was dressed in MIB T-shirts and wore the signature black glasses to pose for a group picture with the star.

MIB: International, also featuring veteran actors Liam Neeson and Emma Thompson, is being released by Sony Pictures India in the country on June 14.