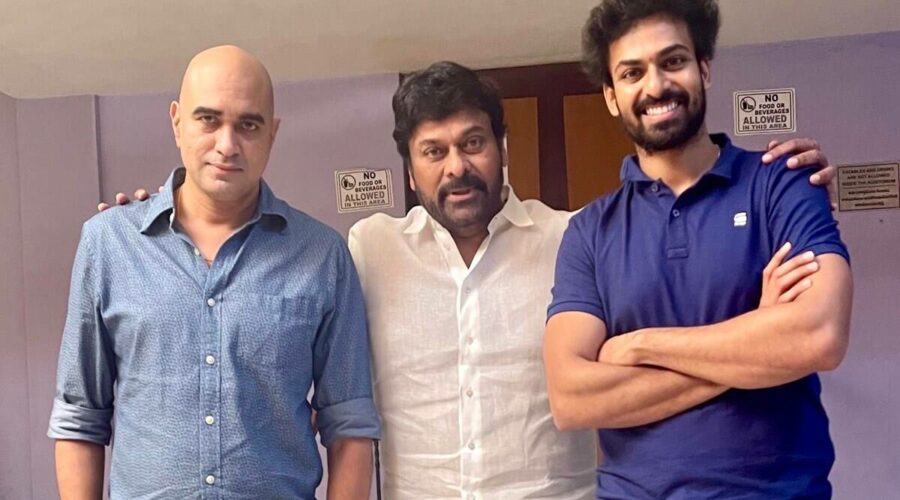 Megastar Chiranjeevi heaped praises on Krish Jagarlamudi directorial Kondapolam on Thursday. The actor watched the film at a special screening along with his wife Surekha. Krish and Visshnav Tej were also present at the screening.

“Just watched #KondaPolam. A beautiful rustic love story with a powerful message. I love how Krish always deals with different genres & picks pertinent issues & extracts fantastic performances from artists. I trust this film will win as much acclaim & awards as it will get rewards,” Chiranjeevi wrote.

“Hearty Congratulations to @DirKrish #PanjaVaisshnavTej @Rakulpreet @mmkeeravaani & entire team of @FirstFrame_Ent for this excellent piece of work. This will certainly be a milestone in your careers. God Bless you all! #KondaPolam,” he added further.

Kondapolam is a film adaptation of a Telugu novel of the same name. It depicts the lives of shepherds who head to a forest along with their flocks during a famine. The movie features Panja Vaisshnav Tej, Rakul Preet Singh, Sai Chand, Kota Srinivas Rao, Nasser, Annapurna, Hema, Anthony, Ravi Prakash, Mahesh Vitta, Racha Ravi, and Anand Vihari. MM Keeravani has composed the music.

On the work front, Krish has Hari Hara Veeramallu in the works while Vaisshnav has an untitled project with Gireesaaya in his kitty. Rakul has Hindi projects such as Attack, Mayday, Thank God, and Doctor G in the pipeline.

10/08/2021 TV & Movies Comments Off on Chiranjeevi on Kondapolam: This film will win as much acclaim and awards as it will get rewards
India