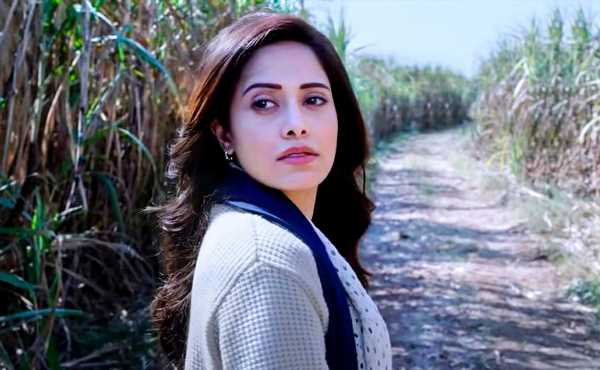 By the time, the story decides it has dilly dallied enough and finally throws light on its long-drawn-out mystery, curiosity has died a natural death, sighs Sukanya Verma.

When Aamir Khan hosted the talk show Satyamev Jayate, he covered various social issues beginning with the horrifying practice of female foeticide and infanticide in India. The episode ended on a traumatised note with Swanand Kirkire’s poignant creation O Re Chiraiya lingering in the air.

Almost a decade later, the song reappears at the end of Vishal Furia’s Chhorii, which touches on the same subject, but the horror it has in mind is more literal than felt.

A slicker remake of Furia’s acclaimed Marathi movie, Lapachhapi, Chhorii‘s combination of feminist themes and frightening imagery aspires for the same space as Pari, Bulbul and Stree whose social commentary is as potent as its scares but never breaks out of the banal ‘boo’ formula.

Though well-intended, Chhorii slips into an extended state of monotony relying excessively on setting and confusing inertia for intrigue.

By the time, the story decides it has dilly dallied enough and finally throws light on its long-drawn-out mystery, curiosity has died a natural death.

Set in Haryana, Chhorii begins with screams of a young woman pleading for her unborn girl child’s dear life filling up the surrounding sugarcane fields.

These towering crops are silent spectators to the many atrocities carried out in the name of legacy and superstition. Its latest and unsuspecting victim is Sakshi (Nushrratt Bharuccha), a city girl in her third trimester forced to take refuge in their driver’s (Rajesh Jais) spooky village and forsaken home following her husband’s (Saurabh Goyal) run-in with loan sharks.

Though uneasy around regressive mind-sets where the male eats first and blessings for the baby translate to boy, Sakshi begins to bond with the driver’s conservative wife (Mita Vashisht). Except dark secrets and damned souls haunt these desolate parts while illusions like cues lead her into a maze of creepy encounters and unexpected support.

Since the days of Rosemary’s Baby, which Chhorii loosely evokes, pregnant protagonists in horror scripts are instant trigger points for dread and discomfort.

Expectant mothers are definitely not Chhorii‘s target audience but its scaled-down paranoia won’t send shivers down the spine of horror buffs either.

The vast expanse of sugarcane fields makes for an eerie change of scene as does its Blumhouse brand of sinister background score. Only the novelty wears off when a good deal of the movie is nothing but Nushrratt walking endlessly inside a green labyrinth inhabited by a lullaby loving troika and their ghoongat-clad babysitter.

Clocking in at a little above two hours, Chhorii overstays its welcome and squanders an unreasonable amount of time in overused jump scares and camera surveying Nushrratt’s movement from a cautious distance.

Though Furia maintains a consciously subdued tone, his brush with occultism and Stree-reminiscent sympathy for the undead is lacking in ingenuity and utterly laughable in execution.

What is genuinely terrifying is Mita Vashisht using her inscrutable smile and sly warmth to paint a puzzling picture before Nushrratt.

The latter delivers a controlled performance, but not enough edge that would highlight Sakshi’s vulnerability and terror to the hilt.

Horror is a fascinating medium and metaphor for subjects of significance. Chhorii exploits it for mood and meaning, but meanders along the way and never finds its way out. 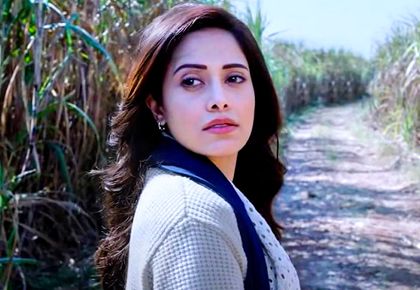