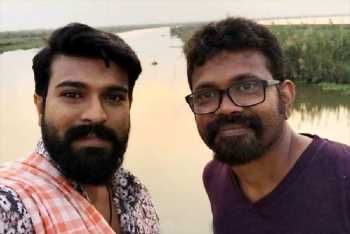 On behalf of Mega hero Ram Charan, other day his uncle Allu Arvind has collected the Filmfare trophy as the actor received “Best Actor” trophy for his impeccable performance in Rangasthalam as Chitti Babu. And then, as the actor is very much active in city, many wonder why he missed going to Chennai to collect his trophy.

Apparently Charan is said to be suffering from sinusitis from some time and the fangs of winter have added to his woes. As the temperatures in Hyderabad are dripping, he’s said to have got affected by it, hence he missed out a flight to Chennai to attend the event.

Sharing his thoughts about the award, Charan said, “I’m super happy that Chitti Babu has impressed everyone and Rangasthalam won appreciation. I’ve not expected either the film or the character to become such a success. All credits go to Sukumar and his vision, and I dedicate this award to him”.

Other than Charan, DSP, Ratnavelu, Chandrabose and Anasuya also won awards for Rangasthalam.