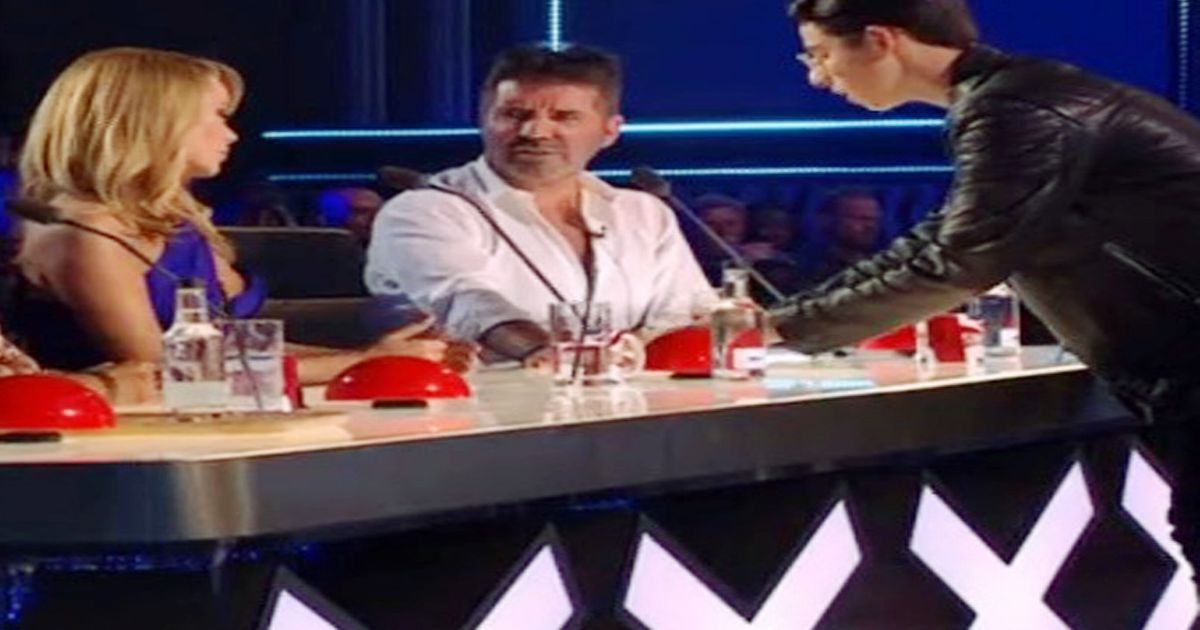 The four teens made it through to Sunday’s live final, after pulling off another trick on the judges.

But some fans think they’ve worked out the truth behind the magic, and rumbled their trick.

The teen magicians welcomed former contestants Stavros Flatley to the stage, after asking the judges to complete a series of tasks.

David had to form a word made up of five letters, which was guessed correctly by one of the magicians.

Simon had to pick a numbered ball, while Amanda and Alesha had to choose three cards from a pack which all featured different words on them.

Amazingly, Simon, Alesha and Amanda’s pickings all related to the former act, with the words, when put together, being an anagram of Stavros Flatley.

The boys had repeated how big fans of the show they were particularly in the year 2009 – the year Stavros Flatley appeared – before claiming this proved they knew what the judges were going to select all along.

But some magic fans and eagle-eyed viewers think they’ve worked it all out, with some suggesting particular cards shown to Amanda and Alesha would have been manipulated, while others questioned if the magician handing them out was holding certain cards the entire time.

Others questioned the use of one magician’s phone, containing a list of 4MG’s favourite acts from BGT’s history, all written beside a number. When Simon chose his number, it was declared the act beside that particular figure was Stavros Flatley.

But some speculated whether this was the only list on the phone, or whether different lists had the same name besides different numbers, depending on what ball had been selected.

One viewer explained: “He had 6 lists on his phone & opened the one which placed Stavros in the dice position. The cards were probably bent so a cut would be forced etc.”

Another fan then pointed out there were 100 balls, with 100 acts meaning there may have had to have been 100 different lists, but still agreed with the previous viewer’s opinion.

Meanwhile a third viewer said: “The 3 ‘random cards’ given to Amanda were not random. You can see him offer her to cut the pack, but take the top 3 cards. Although she cuts the pack, he puts the same cards back on top. So he can be sure he gives her the cards required.”

There were still plenty of other viewers that couldn’t work out what happened, excited to see what the boys deliver next when they appear in the final.

Britain’s Got Talent airs all this week at 7:30pm live on ITV.