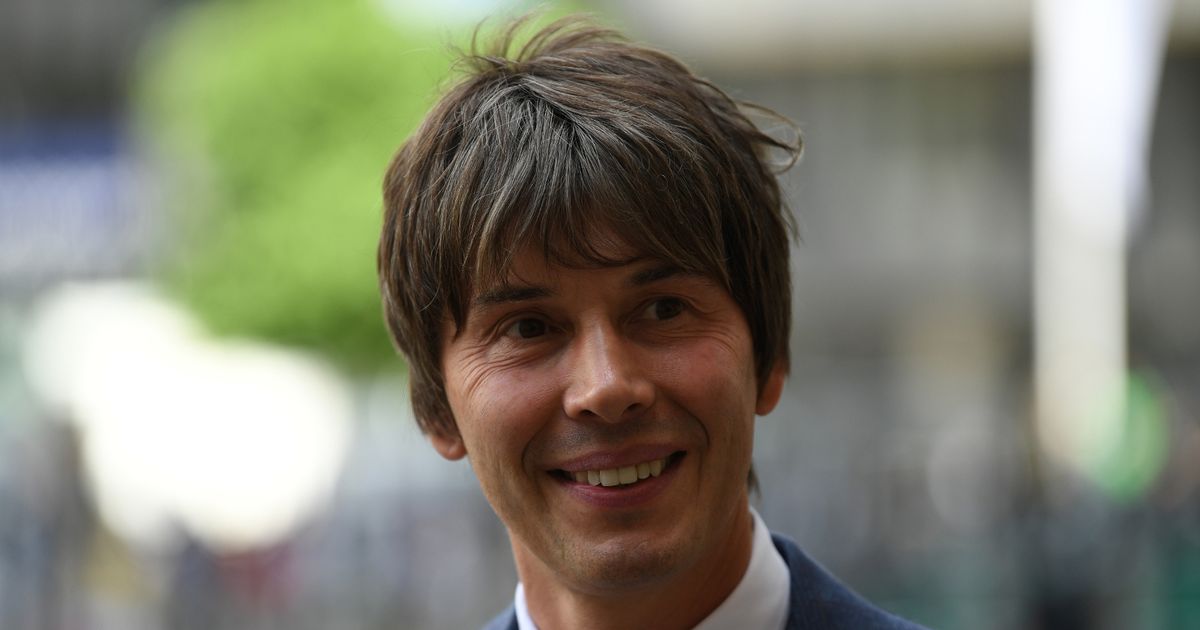 For centuries, humans have been perplexed by a pressing question: is there life on Mars?

Professor Brian Cox has an answer – of a sort.

‘There may or may not be Martians and we need to find out,’ says renowned physicist Brian.

‘But there will be Martians if we are to have a future, because at some point we will need to be Martians – that’s clear to me because we can’t stay here for ever.’

He’s talking, of course, about the pressure on Earth’s resources, which will require humankind to colonise space eventually.

And it’s no longer sci-fi – there’s a Mars space race going on now between NASA and other space agencies; various billionaires, including Jeff Bezos and Elon Musk; and aeronautical companies like Boeing.

Brian is discussing our relocation to space because of his latest series, The Planets.

In this five-parter he explores how our solar system was created and where it’s heading.

Even Brian, a professor of particle physics at the University of Manchester, says he learned a lot while making the show.

He explains that although our solar system was formed 4.6 billion years ago, we’ve only been exploring it seriously for 50 years, and every year brings fresh discoveries.

Fortunately, former pop star Brian – he played the keyboard with D:Ream, of Things Can Only Get Better fame – has a knack for simplifying complex ideas.

Strangers often approach him in the street, wanting to chat.

‘There are very big questions that everybody asks – fundamental questions about why we’re here.’

The Planets is a sumptuous-looking series and the team travelled far and wide to film landscapes that look like the planets – from the US’s western rocky landscapes to Jordan’s deserts, and the Italian island of Stromboli for volcanoes.

Iceland’s waterfalls helped the team depict a similar one on Mars.

But as enthusiastic as Brian is about space, he doesn’t want to live on Mars.

There’s a certain kind of human that wants to be on the frontier.’

For now, he’s happy to look on in wonder and tell us all about it.

On the right tack?

Brian is excited about the newest theory of the formation of the solar system.

Called the Grand Tack model, very basically it suggests that the gas giants of Jupiter and Saturn moved around before settling into their current orbits, which had a pivotal effect on the formation of Mars, Earth, Venus and Mercury.

‘This Grand Tack model was news to me because it’s only a year old, but it does seem to be the best simulation we’ve got if you want to explain why the solar system is the way it is,’ muses Brian.

‘I think one of the most stunning things we’ve discovered is that ours does appear to be unusual compared to others.’

He says what’s enhanced our knowledge of the solar system recently is a combination of information gleaned from space probes like the Cassini mission to Saturn and improved computer modelling, as well as a greater knowledge of more distant space.

‘It’s critically important for our understanding of the solar system today that we have now seen well over 3,000 planets around distant stars and what we’ve seen is that the layout of others – their geography – is not like ours,’ says Brian.

The Planets is on Tuesday 9pm, BBC2