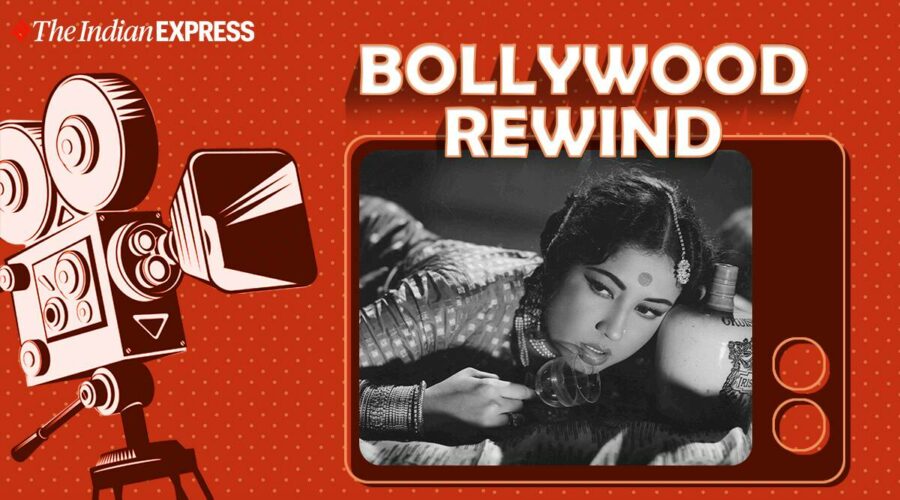 Sahib Bibi Aur Ghulam is a heartbreaking story of a woman who cannot escape the nightmares of a confining system but dreams of living in paradise, even if she has to live inside her cage. 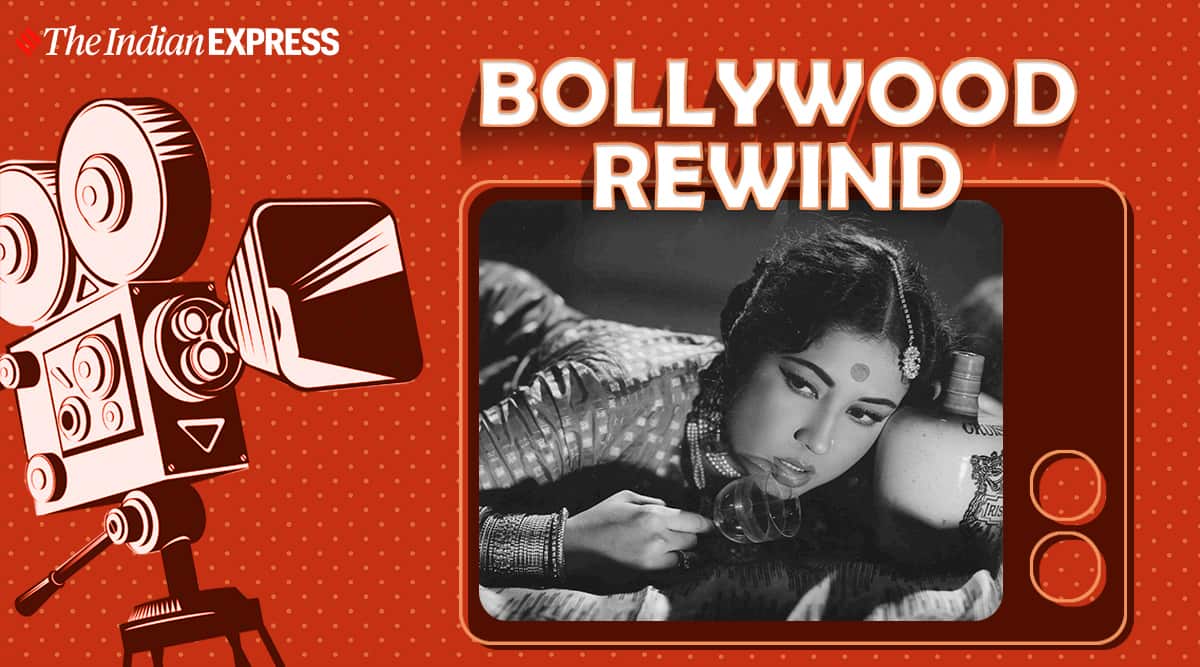 In this weekly column, we revisit gems from the golden years of Hindi cinema. This week, we revisit the 1962 film Sahib Bibi Aur Ghulam.

Abrar Alvi’s Sahib Bibi Aur Ghulam ostensibly is about Sahab, Bibi and the Ghulam but at its heart, the film belongs to Bibi. Bibi here is Chhoti Bahu (Meena Kumari), who will try anything – from a supposedly magical sindoor to taking up alcohol, to make her marriage work. Her perpetually melancholic eyes and her pristine beauty make her a tragic figure who is slowly drowning in a sea of despair. We see her painful story unravel through Ghulam aka Bhoothnath’s (Guru Dutt) eyes, whose platonic relationship with Chhoti Bahu is born out of pathos. Their nameless relationship that defies both caste and gender lines has no place, or name, in the patriarchal feudal society that merely sees its married women as assets. The Sahib or Chhote Babu (Rehman) here, expects his courtesan to be just as faithful as his wife but treats his wife like a plaything.

The tragedy of Chhoti Bahu is that, unlike her contemporaries, she wants more and she has the courage to demand it. From a modern-day lens, it might be hard to relate with someone who calls her husband ‘swami’, but from a simplistic point of view, all she wants is to be loved and cherished. By her own admission, she is from a poor family and has been taught to live her life in her husband’s service and for that, she will happily commit any sin, even if it kills her. Chhoti Bahu courageously confronts her husband and demands that he stop cheating on her. When he says being a philandering ‘mard’ is a badge of honour, she snaps back and asks him to fulfil his duties as a husband. The film is set in the pre-independence era where the zamindars dictated the law of the land and in this world, women had no agency and Chhoti Bahu is the product of that failing system that was too consumed in its ways to even look up and notice that the world around had changed drastically.

The film is appreciative of the changing times, especially with the way it portrays its second female character Jaba. Played by Waheeda Rehman, she is the woman who can handle her father’s business, has grown up in a comparatively freer society and is generally unafraid. The sharp contrast between these two women evidently shows that the makers weren’t romanticising the bygone era of class divide and poverty, but looking on to the future where ‘havelis’ have perished and have left behind haunting tales of the past. 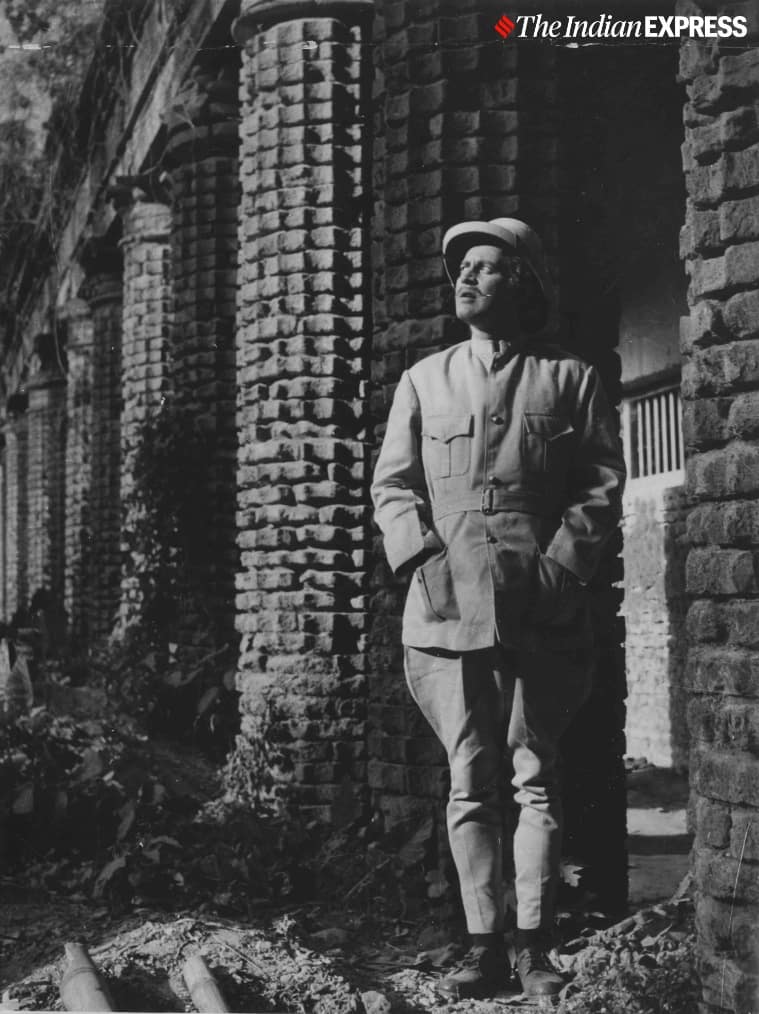 The said ‘haveli’ of the zamindars is portrayed like a cursed mausoleum right from the opening of the film. The ruins of the palatial home are further highlighted as its dilapidated state is examined by Bhoothnath who has risen above the orthodox ways of the past but still remembers the casualties it left behind. Even in its heyday, the haveli is constantly referred to as ‘ajeeb’. Its grandeur can’t make up for its suffocating ways which eventually paves the way for its downfall.

Sahib Bibi Aur Ghulam was directed by Abrar Alvi and produced by Guru Dutt but over the years, many have disputed that it was Dutt who was at the helm as the aesthetic approach of the film was quite reminiscent of his style. But as per the account of the film’s crew, including Waheeda Rehman and cinematographer VK Murthy, it was Alvi who directed the film. Alvi had once shared that Dutt directed the songs but not the film that has since been celebrated as one of the classics of Indian cinema.

Back in 1962, the film was seen as bold by conservatives. A woman taking up drinking, being friends with a man she is not related to and just being generally assertive were not seen as positive traits by the larger population but nevertheless, the film was appreciated for its nuanced storytelling, breathtaking cinematography, heartbreaking acting and enchanting music. With tracks like “Na Jao Saiyaan”, “Bhanwara Bada Nadaan”, “Piya Aiso Jiya Mein” among many others – the album of Sahib Bibi Aur Ghulam with music by Hemant Kumar and lyrics by Shakeel Badayuni continues to be a classic.

Sahib Bibi Aur Ghulam is the story of a woman who cannot escape the nightmares of a confining system but still dreams of living in paradise, even if she has to live inside her cage.

04/10/2021 TV & Movies Comments Off on Bollywood Rewind | Sahib Bibi Aur Ghulam: Of assertive women and the society that crushes them
India