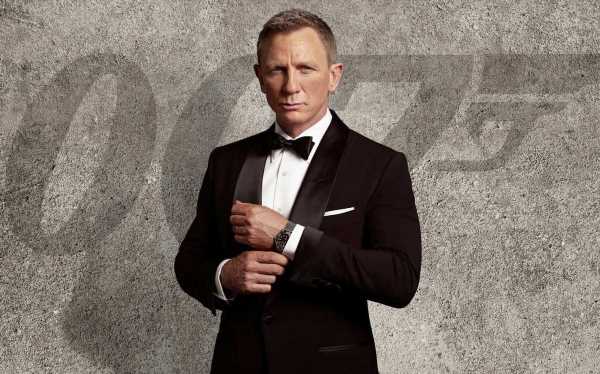 Even with an on-going pandemic, theatres in many states functioning at 50 per cent occupancy, a relatively quieter social life and fewer movies, Bollywood still managed to pack in plenty of drama and trauma, fun and festivity, love and war into the year.

Here’s the second part of the A to Z guide to a year that will soon become history as chronicled by Rediff.Com Senior Contributor Roshmila Bhattacharya.

After five films in the series, Casino Royale, Quantum of Solace, Skyfall, Spectre and No Time to Die, Daniel Craig, at 51, bid goodbye to 007 and left many teary-eyed.

In 2005, not too many had been impressed by this too blond, too short, too bland actor who had inexplicably inherited a legacy.

Fifteen years later, he is in the league of Sean Connery and not just Her Majesty’s Secret Service, but the world is going to miss him.

Meanwhile, the search has begun for his replacement.

Along with Tom Hardy, Henry Cavill and Tom Holland, interesting names like Idris Elba, Rege-Jean Page and Lashana Lynch are popping up with Producer Barbara Broccoli reiterating that the next Bond doesn’t necessarily have to be a white man. 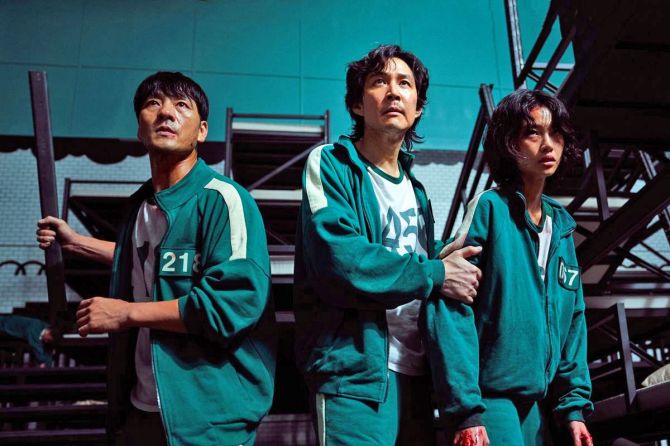 Karan Johar may have tried to whip up a social media revival for Kabhi Khushi Kabhie Gham two decades after its release, but unfortunately for him, it turned out to be more gham after guests at his party, Kareena Kapoor, Amrita Arora, Maheep Kapoor and Seema Khan, tested positive for COVID. Poo even ended up missing out on son Taimur’s fifth birthday celebrations.

So it’s still K-dramas bringing in the khushi.

Squid Game became Netflix’s most-watched series and was top of the viewing list in over 94 countries.

Vincenzo got the mafia into living rooms and bridged the North-South divide with love, becoming the ninth highest rated show in the country’s cable television history.

Kim-Seon-ho and Hometown Cha Cha Cha won hearts too as did Hospital Playlist which, in its second season, is Korea’s Number One show.

From revenge and toxic relationships to 999-year-old fixes and ‘trauma cleaners’, K-dramas continues to intrigue with their novel hooks.

Meanwhile, BTS became the first Asian and the first non-English speaking act to be named the Global Recording Artist of the Year 2020 by IFPI. The boy band’s second English language single, Butter, debuted at Number One on the US Billboard Hot 100 chart and My Universe, their collaboration with Coldplay debuted at the top of the Billboard charts to make history. Arjun Kapoor and Malaika Arora Khan are no longer hiding from the world. Now, they post pictures and videos on Instagram together. The love birds are reportedly waiting for the pandemic to get over to jump on the marry-go-round.

Everyone had expected Alia Bhatt and Ranbir Kapoor to at least set a date for their shaadi in 2021, but when asked the question, RK simply turned to good friend Ayan Mukherji for an answer. After five years, Ayan had finally set a date for his Brahmastra. He couldn’t be drawn into another conversation on wedding dates.

From the looks of it, Ranbir’s cousin Adar Jain and Tara Sutaria will beat him to the altar. Buzz is, the couple will tie the knot early next year.

Sushmita Sen and Roman Shawl may have fallen out of love after two years of togetherness, but Rakul Preet Singh and Jackky Bhagnani surprised the world by announcing that they have fallen in love.

Sidharth Malhotra and Kiara Advani are keeping everyone guessing about their relationship status.

Meanwhile, with COVID playing spoilt sport for a second year running, Richa Chadha and Ali Fazal have had to push their big fat wedding to next year again.

Sussanne Khan pulled a rabbit out of the bag by wishing birthday boy Arslan Goni, ‘the happy happpyyyy happiest birthday’ with popping hearts. He replied with a ‘love you’ and sent Hrithik Roshan fans into a tizzy. How do you overshadow Satya‘s Bhiku Mhatre, who has been your alter ego for almost a quarter of a century? By becoming The Family Man and making Srikant Tiwari a household name.

The superstar of 2021 was not a Khan, Kapoor or Kumars but a Bajpayee.

Besides The Family Man, the actor also gave us Silence… Can You Hear It?, Dial 100 and his Musafir Ali in the Ray anthology.

He taught Kane Williamson to say ‘Don’t be a minimum guy’ and narrated the Discovery+ documentary, Secrets of Sinauli, directed by Neeraj Pandey.

And then, he picked up his third National Award for a nuanced performance in Bhonsle. Ahan Shetty’s Tadap to follow in father Suneil’s shoes was finally realised this year. He also brought sister Athiya’s relationship with cricketer K L Rahul out in the open with the duo showing up for the premiere together.

Hungama 2 did not raise many laughs, but Pranitha Subhash, who made the transition from down South, caught everyone’s eye. 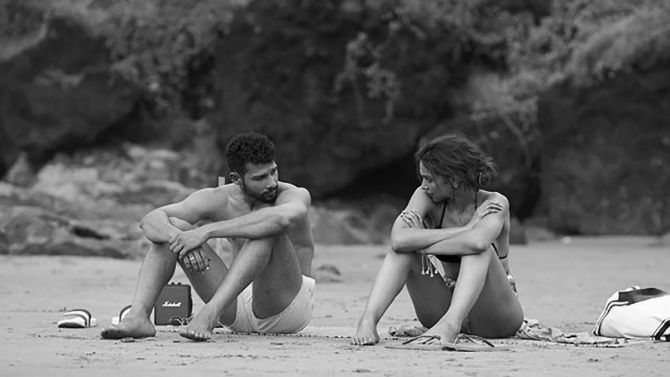 With theatres forced to down shutters following the pandemic and still not packing in a full house because of COVID restrictions, there has been an OTT boom across the world. In India alone, there are currently over 40 providers of OTT platforms.

Besides streaming giants like Netflix, Amazon Prime Video, Sony Liv, Hostar+Disney, Zee5, others like MX Player, ALTBalaji, BigFlix and Voot are also in the field, along with new players like Hungama Play and Hoichoi.

Today, bringing original content and movies into our living rooms, they have become a viable alternative for film-makers struggling to survive a pandemic hit.

If Shoojit Sircar and Anand L Rai opted for a direct-to-digital release for Sardar Udham and Atrangi Re this year, then Karan Johar is taking the same route for his sizzling relationship drama, Gehrayee, in 2022, perhaps to avoid the censors.

With top stars like Ajay Devgn and Shahid Kapoor jumping into fray, OTT platforms reportedly are expected to increase their revenue by 4.8 times to Rs 4,000 crore (rs 4 billion) plus. In July 2021, Shilpa Shetty’s husband, businessman Raj Kundra, was arrested. It was alleged by the police that he was involved in the creation and publishing of pornographic content on apps. He was later released on anticipatory bail and said it was a ‘witch hunt’.

Aishwarya Rai Bachchan was grilled by the Enforcement Directorate in connection with its probe into the 2016 Panama Papers expose.

Priyanka Chopra dropped Jonas from her Instagram handle and found herself in the midst of a social media storm speculating a split. The actress answered by publicly ‘roasting’ Nick and his brothers and letting The Matrix Resurrections speak for her. Whether it was Taapsee Pannu and post-poll violence in West Bengal to farm laws and our Independence struggle, Kangana Ranaut had an opinion on anything and everything and reveled in the furore her statements created.

Even Rihanna was not spared when she tweeted about the farmers protest in India.

When Diljeet Dosanjh showed his support for the international singer with a song, Ri Ri Rihanna, Kangana surmised that they must have been planning and prepping for this collaboration for at least a month.

Diljit quipped that he can compose a song in half an hour, but doesn’t feel like making one for her.

And while many insisted that her Padma Shri be taken away, the actress coolly walked up to add a fourth National Award to her kitty.