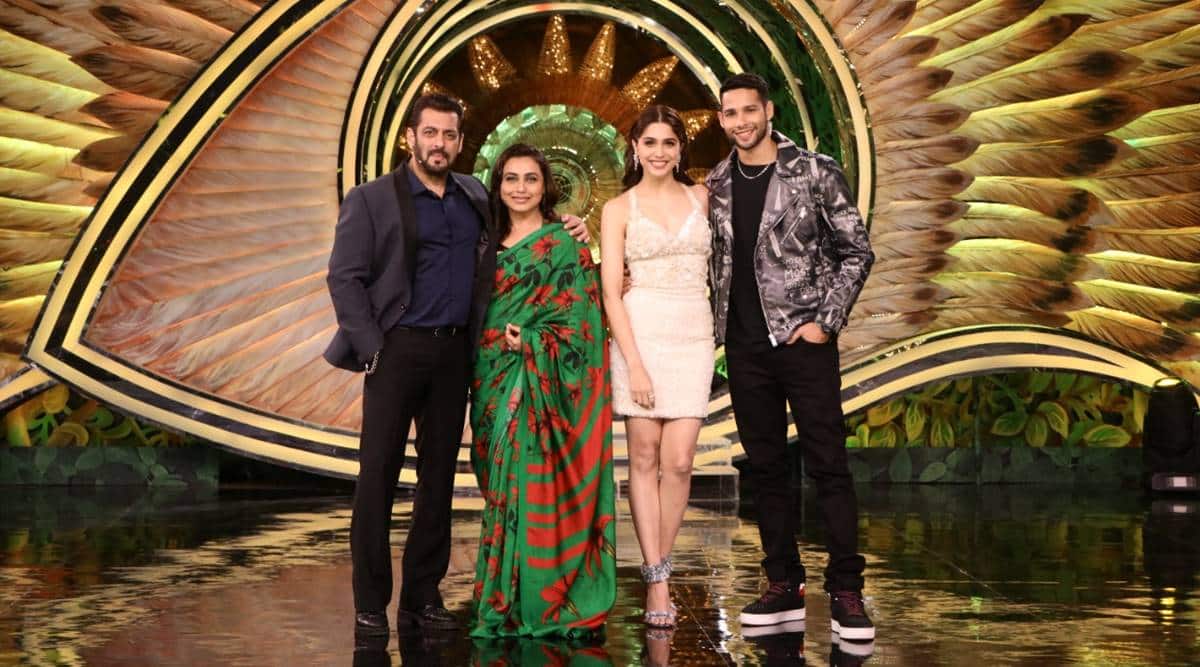 After expressing his disappointment over Pratik Sehajpal’s behaviour in the previous week, Salman Khan will be seen unwinding himself on Bigg Boss 15’s Weekend Ka Vaar. Salman will be hosting Bunty Aur Babli 2’s star cast in the show’s Sunday episode.

During the episode, Rani and Salman will reminisce some of their memories. The two will perform on “Teri Chunariya” from Hello Brother and play a few games together. In a promo shared on Colors TV’s Instagram account, Salman is seen asking Rani about her favourite thing about him. In response to Salman, Rani says how she loves his eyes. Their camaraderie is sure one of the things to watch out for in tonight’s episode.

Apart from Rani, Siddhant Chaturvedi and Sharvari will also join Salman on the stage. The episode will see Siddhant getting teary-eyed on meeting his icon Salman. The Gully Boy actor, who has been a Salman Khan fan all his life, will reveal how he is a fanboy and how honoured he feels to be finally standing beside Salman. Touched by Siddhant’s love for him, Salman will give the actor a tight hug and appreciate Siddhant’s performance in his previous movie.

Siddhant and Sharvari will also enter Bigg Boss house and assign tasks to the housemates. During the task, Karan Kundrra and Neha Bhasin will be seen getting into a heated argument but it is Pratik Sehajpal and Umar Riaz’s physical fight that will leave everyone in shock.