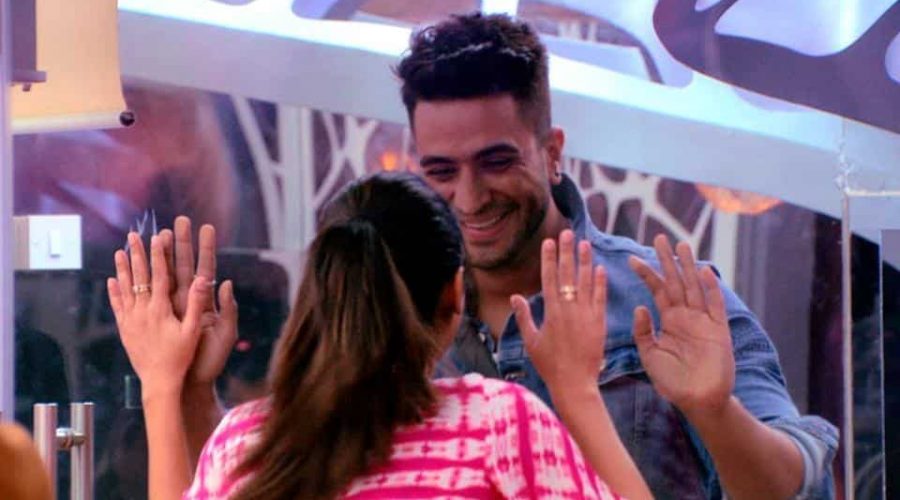 Actors and rumoured couple Aly Goni and Jasmin Bhasin is in the Bigg Boss 14 house. While the two are ruling the house with their combined active-passive approach, they had a rather unpleasant face-off regarding their own equation, right after Aly’s arrival on the show.

The rift was seen in one of the “special masala” videos that Bigg Boss provides for fans. Aly got upset soon after he entered the house when he was spending time in his room during quarantine and restrained himself for sometime. It all began when Jasmin went up to him and asked him to limit jokes and banter with her as she felt people would misunderstand them.

Aly had a sad and shocked face as he told her that he knew his limits. He then got emotional as he said, “Tujhe dar is baat ka hai? pehle bhi . bahar bhi aur abhi bhi. Mai kisi ladki ko bula k idhar hi engagement kar leta hoon. Fir tu safe feel karegi? (Why are you so scared, always? Earlier, outside this house as well, and now here! Should I call a girl here and get engaged? Will you feel safer then?”

Insisting that he knew his limits, Aly asked Jasmin if she wanted to prove her maturity by saying such things to her. She also got upset and said that she just shared her feelings with him. While Jasmin has been on the show since day one, Aly made a wild card entry recently. On Friday’s episode, Pavitra Punia was even heard saying that Aly has been brought on the show to provide some intelligence to Jasmin so she can perform better.

“You are that girl, in my life…You know you are the only one I have with whom I can share things. You are a girl who has 2-3 people in her life, who will be there with you, if I am not around. But you know I only have you, if you are not around, I do not have anyone to share my feelings with,” Aly got emotional as he told Jasmin. Eventually, they agreed that nothing was going out of line and they’d continue as great friends inside the house as well.

11/15/2020 TV & Movies Comments Off on Bigg Boss 14: When Jasmin Bhasin wanted Aly Goni to restrict his jokes inside the house and he asked ‘why are you so scared?’
India