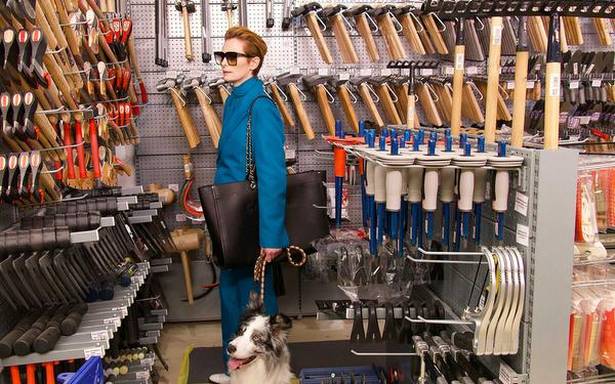 Make time this weekend for Pedro Almodovar’s lockdown film, ‘The Human Voice’, before journeying to the past with Satyajit Ray and others

When you think of auteurs, it is usually in connection with a feature film or films of theirs, not shorts. Many of them do begin with shorts as calling cards, before going on to global fame with feature films. For example, you may know Martin Scorsese for several features, including Taxi Driver and Raging Bull, but one of the films he cut his cinematic teeth with was the short The Big Shave (1967). Similarly, while you may delight in Christopher Nolan’s work, including Inception and Interstellar, few remember him for the short Doodlebug (1997).

What I’m looking at this week is shorts that auteurs made after they’d already achieved international acclaim. Spanish filmmaker Pedro Almodovar was coming off the majestic Pain and Glory (2019) when he directed, in lockdown no less, the 30-minute short The Human Voice (2020). Almodovar had directed several shorts before his breakthrough Pepi, Luci, Bom (1980). But this film, now available in India via bookmyshow, showcases a master working at the height of his powers. A free adaptation of Jean Cocteau’s monodrama of the same name, The Human Voice stars the ethereal Tilda Swinton as a woman who has broken up with someone but can’t get over him or her. It is a solo performance, with Swinton at one end of a phone in a monologue (we can’t hear what her interlocutor is saying).

Swinton’s co-star is the apartment set she is in. And what an apartment it is, production designed to within an inch of its life by frequent Almodovar collaborators Antxón Gómez and María Clara Notari. The last time you might have seen an apartment so striking was in Pain and Glory, where it was Almodovar’s own living quarters that were gussied up. With The Human Voice, the director obviously rediscovered his appetite for shorts as he has two more in the works.

Another filmmaker who frequently returns to shorts amidst his feature film work is Hong Kong master Wong Kar Wai. After the film In The Mood For Love (2000), arguably the pinnacle of his career so far, he made several shorts, notable amongst which are the DJ Shadow music video Six Days (2002); The Follow (2001), his segment of a series of BMW motors’ shorts collectively known as The Hire; and The Hand (2004), his exquisite segment of portmanteau film Eros, an extended version of which is available in the tremendous Criterion blu-ray box set, The World of Wong Kar Wai.

Swedish auteur Ingmar Bergman also dipped into the form occasionally. In 1976, where his other credit included Face to Face, he directed the short The Condemned Women Dance. And in 1984, while on After The Rehearsal, he brought out Karin’s Face, mainly pictures of his mother Karin from his personal photo album.

At home, Satyajit Ray, in-between directing masterpiece after masterpiece, directed a few shorts. Incredibly, he made his first short Two in 1981, decades after he debuted with Pather Panchali in 1955. After that he directed the documentary short Bala and The Inner Eye and the fiction short Pikoo, all in 1981, and returned to the form just once more, with the documentary Sukumar Ray in 1987.

Naman Ramachandran is a journalist and author of Rajinikanth: The Definitive Biography, and tweets @namanrs

06/04/2021 TV & Movies Comments Off on Big shorts: films for your weekend watchlist
India