Bhoot Police, about two brothers — Saif Ali Khan's Vibhooti and Arjun Kapoor's Chiraunji — on a mission to catch ghosts, seems like Pavan Kriplani's nod to Ghostbusters, the 1984 classic about a group of eccentric New York scientists who capture ghosts for a living. 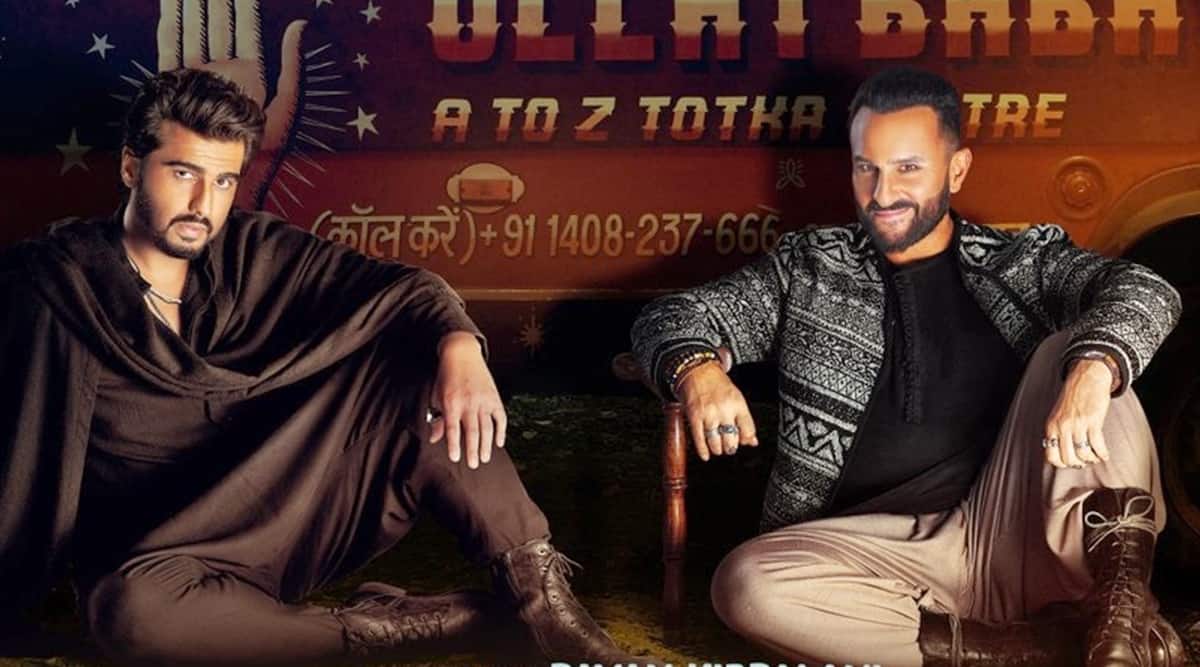 The director, who has also worked on Jimmy Sheirgill-starrer horror film Darr @ the Mall and Radhika Apte’s Phobia, said some of the best work is being done in the genre.

“I believe it is a genre that crosses beyond boundaries and language. Horror is a universal genre. It is something that has come to the forefront in recent years. But horror movies have been made forever. We had a strong appetite for it, we had Ram Gopal Varma movies, ‘Mahal’ and ‘Woh Kaun Thi’ etc.

“What happened in between is that the genre got associated with B-movies, which have no story and things are just there to scare you. Now, filmmakers are making it with depth and it is more than just a horror film,” Kriplani told PTI in an interview.

The director said he has always been fascinated with horror films and Hollywood movies like Shaun of the Dead and Ghostbusters, are some of his all-time favourites.

Bhoot Police, about two brothers — Saif’s Vibhooti and Kapoor’s Chiraunji — on a mission to catch ghosts, seems like Kriplani’s nod to Ghostbusters, the 1984 classic about a group of eccentric New York scientists who capture ghosts for a living.

The film was initially set to star Fatima Sana Shaikh, Ali Fazal and Saif but over the years, the producers and cast changed.

“I had written this after my first film ‘Ragini MMS’. Saif and I have been wanting to make this film. The other two actors were committed to other projects and hence things didn’t materialise. I am privileged to have Arjun Kapoor. He has added so much to the film. Even the actresses have complimented well. I am happy that I finally made it with the perfect cast and producers.”

The core story has always been about ideological conflict between two brothers, Kriplani said, adding, the film also throws light on the debate about afterlife, existence of ghosts.

“We as society and people are torn about the entire idea of ‘is there something after death? Is there afterlife? Are there ghosts or spirits? Is there more to life?’… These things have been debated for centuries.

“So, it was exciting to explore it in a film and wrap it up in a horror-comedy-adventure movie about two brothers in conflict while they are in this business of being professional ‘tantriks’.”

The film, also starring Javed Jaffrey, Rajpal Yadav, is produced by Ramesh Taurani and Akshai Puri with Jaya Taurani attached as a co-producer. Bhoot Police released on Disney+Hotstar on Friday.

09/10/2021 TV & Movies Comments Off on Bhoot Police director Pavan Kriplani: ‘Was exciting to explore the idea of afterlife and ghosts’
India