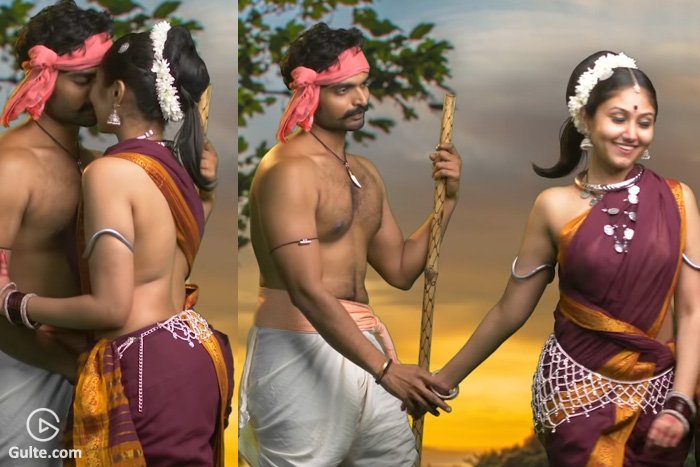 After giving a break to his music career, talented composer RP Patnaik has turned to the direction and came up with films like Broker, Tulasidalam and others. But he hasn’t tasted any success, and that led to his slowing down in Telugu industry.

All of a sudden, RP has come up with a special song titled “Enki song”, which is sung and directed by him. The song hasn’t struck a chord big time, but the visuals are somewhat interesting. And then, the hot model who has appeared as Enki actually stole the thunder.

Bengali social media star Antasheela Ghosh acted as Enki in this song and her curvaceous looks as a village belle are right now attracting Telugu filmakers. While netizens are giving a thumbs up to her on YouTube, various filmmakers are said to be inquiring to rope her as a heroine in their movies.

While Antasheela is full of spice in urbane looks and western outfits on her social media pages, her first village girl looks have worked wonders. Will she join the likes of other Bengali hotties like Rachana, Kamalinee Mukherjee, Richa Gangopadhyay and others? Time has the answer.