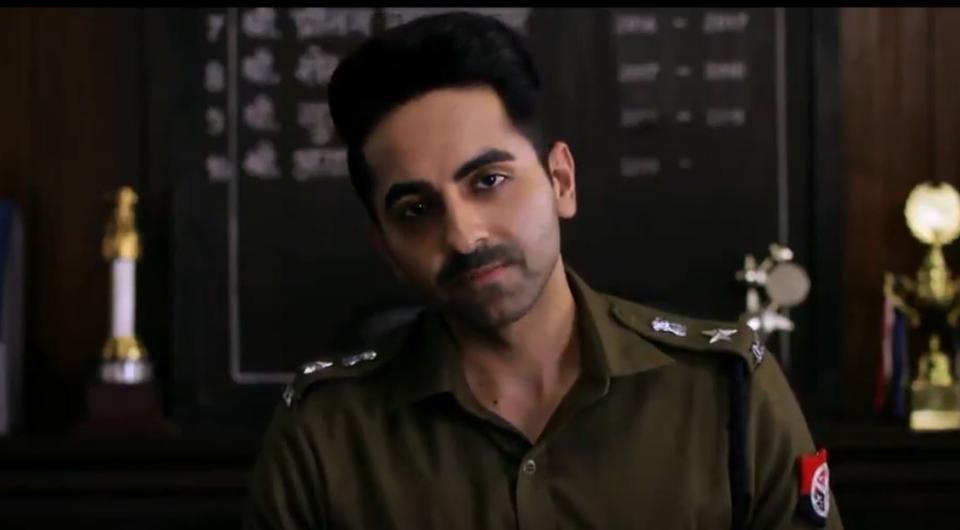 Hindi cinema rarely challenges you; its track record of picking up issues that are thorny is even more patchy. That is what makes Article 15, directed by Anubhav Sinha and starring Ayushmann Khurrana, so important. Loosely based on the Badaun rape case where two girls were raped and hanged, the film released a clip to tell audience what to expect from its trailer.

As soon as the Article 15 clip begins, we see Ayushmann – dressed as a police officer – saying that you are not allowed to watch this trailer because of your “aukaat (status)”. He says people belonging to certain castes in India have to deal with this sort of discrimination everyday.

The film throws light on Article 15 of the Indian Constitution that prohibits discrimination by the state against any citizen on the basis of religion, race, caste, sex and place of birth. While Ayushmann is in the role of lead protagonist, the supporting cast comprises of Isha Talwar, Manoj Pahwa, Sayani Gupta, Kumud Mishra, M Naser, Ashish Verma, Sushil Pandey, Subrajyoti Bharat and Mohammad Zeeshan Ayyub.

Talking about the film, Manoj Pahwa had earlier told IANS in an interview, “This film is not completely based on the heinous crime that took place in Badaun where two girls were raped and hanged. We can say that this film is inspired by that incident and we have included some chunks of it.”

Produced by Benaras Media Works, Article 15 went on floors in March in Lucknow and was wrapped up in April. It will hit theatres on June 28.

05/30/2019 TV & Movies Comments Off on Before Article 15 trailer, Ayushmann Khurrana gives us a lesson in India’s harsh caste reality
India