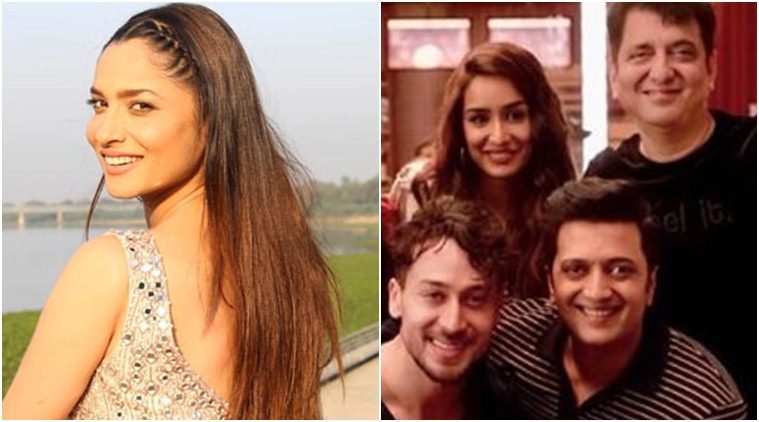 After Manikarnika The Queen of Jhansi, Ankita Lokhande joins the cast of Baaghi 3. The film stars Tiger Shroff and Shraddha Kapoor in the lead roles. Ankita Lokhande made an impressive debut in Bollywood with Kangana Ranaut’s film Manikarnika The Queen of Jhansi. Now, she is all geared up to present her new avatar in Baaghi 3.

The actor will be seen playing Shraddha Kapoor’s sister in the action film.

Talking about her role in Baaghi 3, Ankita Lokhande said, “It is very challenging, but I am confident that my character will strike a chord with the audience. The third installment is different from the previous two, as Baaghi 3 is more about family bonding.”

She added, “I play a fun-loving girl who shares a great bond with her sister (Shraddha). I haven’t played anything like this on TV or in Bollywood. The audience will see me in a never-seen-before avatar in my next outing.”

Ankita Lokhande, who is excited about the project, said working with Tiger Shroff, Riteish Deshmukh and Shraddha Kapoor was an enriching experience.

“After Manikarnika, I wanted to do an out-and-out commercial film. Baaghi is a successful franchise and working with Ahmed (Khan) sir, Tiger, Shraddha and Riteish has been an enriching experience,” said the actor.