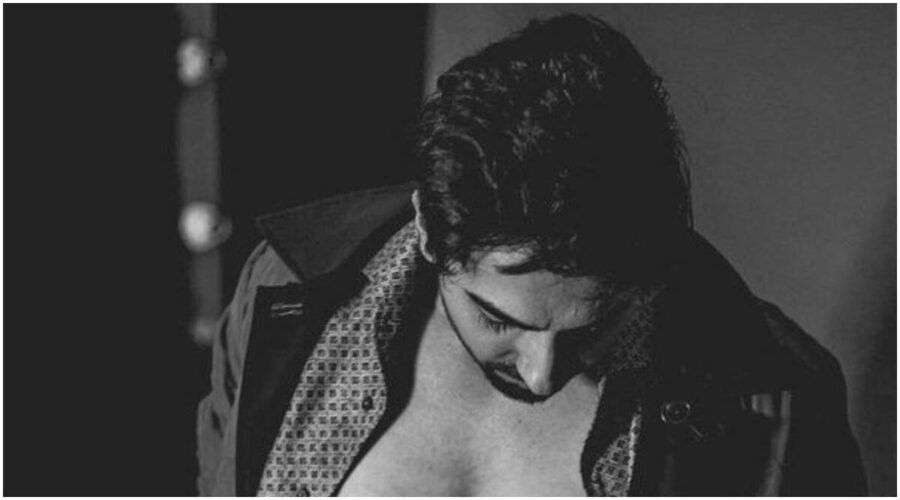 Ayushmann Khurrana, in an Instagram post, shared his thoughts about fame and how “when the fame will be gone, you will be again in the room alone, with more time, extra large space, far lesser friends." Actor Ayushmann Khuranna who pours his heart in every social media post he makes, took to Instagram on Tuesday night to share his thoughts on an intrusive world of fame, and the highs and lows of it.

Sharing a black-and-white bare-chested picture of himself, Ayushmann wrote, “This world of fame isn’t liberating. It seems like you are in a room, with less space, less time, less communication, lesser friends. And there’s a huge crowd outside the room, constantly knocking the door, wanting to come inside.”

Ayushmann, who was born in Chandigarh as Nishant Khurranna started his career as a video jockey for MTV Roadies in 2004. The actor has shared anecdotes from his struggling days when he would not get work because of his bushy eyebrows. Ayushmann finally got a break in Hindi films with Shoojit Sorcar’s Vicky Donor (2012), for which he won a National Award too. Once he got into movies, he didn’t look back.

Ayushmann, today is one of the most successful Bollywood stars who has carved his own niche with his brand of movies like Dum Laga ke Haisha, Badhaai Ho, Meri Pyari Bindoo, Bareilly Ki Barfi, Andhadun, Article 15 and more.

The Shubh Mangal Saavdhan actor reflected on how the future of fame is loneliness. He wrote, “When the fame will be gone, you will be again in the room alone, with more time, extra large space, far lesser friends. The only difference would be that nobody would be knocking from outside..”.

On the work front Ayushmann was last seen in Gulabo Sitabo along with Amitabh Bachchan. He will now be seen in Abhishek Kapoor’s Chandigarh Kare Aashiqui with Vaani Kapoor and then in Anubhav Sinha’s Anek. He has started shooting for Anubhuti Kashyap’s Doctor G along with Rakul Preet.

04/07/2021 TV & Movies Comments Off on Ayushmann Khurrana’s honest reflection on life after fame is gone: ‘Let in the room alone, with far lesser friends’
TV & Movies