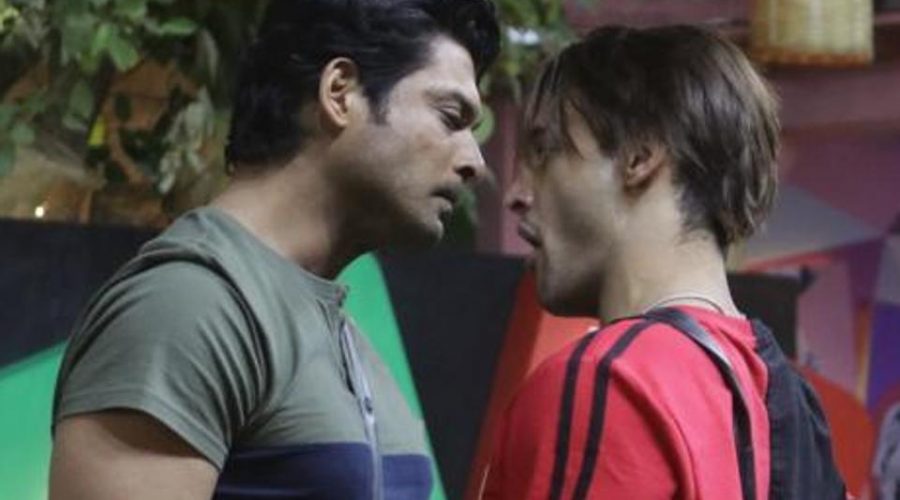 A couple of previews for Saturday’s hotly anticipated Bigg Boss 13 finale have been shared by Colors TV on Twitter. The videos tease an episode packed with action and romance.

The first video pits rivals Sidharth Shukla and Asim Riaz against each other. Dressed like gladiators, the video shows the two contestants waving swords and holding shields. The second video shows Asim and Himanshi, who have both admitting to liking each other, giving a romantic performance.

The couple seems to have found a fan in WWE wrestler and actor John Cena, who recently followed them both on Twitter. Cena had also appeared to endorse Asim, after he posted an Instagram picture of him. Himanshi posted a screenshot on Twitter and wrote, “This is second time, pehle Paris Hilton or ye mujhe ab pata laga. My favourite WWE star following me on Twitter and Asim (Riaz) ko bhi.”

Fans of Sidharth’s took to bashing Asim’s video. One person called Asim’s relationship ‘fake’ and said that Sidharth and Shehnaaz were the only real couple on the show.

According to Hindustan Times’ poll, Bigg Boss fans want Sidharth to win the show. He garnered 45% of the votes ahead of the finale, while Asim managed 35% of the votes. Another fan declared that Sidharth shouldn’t win the show, as it would set a bad precedent. Sidharth has been accused of being violent multiple times during the season. “It will be like promoting violence if he wins. Every contestant will do violence from next season if Sid wins,” the fan wrote.

While Sidharth has displayed an enthusiasm for tasks and an ability to stay relevant, Asim has proven to be the season’s underdog. The two will take on Paras Chhabra, Arti Singh, Shehnaaz Gill and Rashami Desai in the finale.