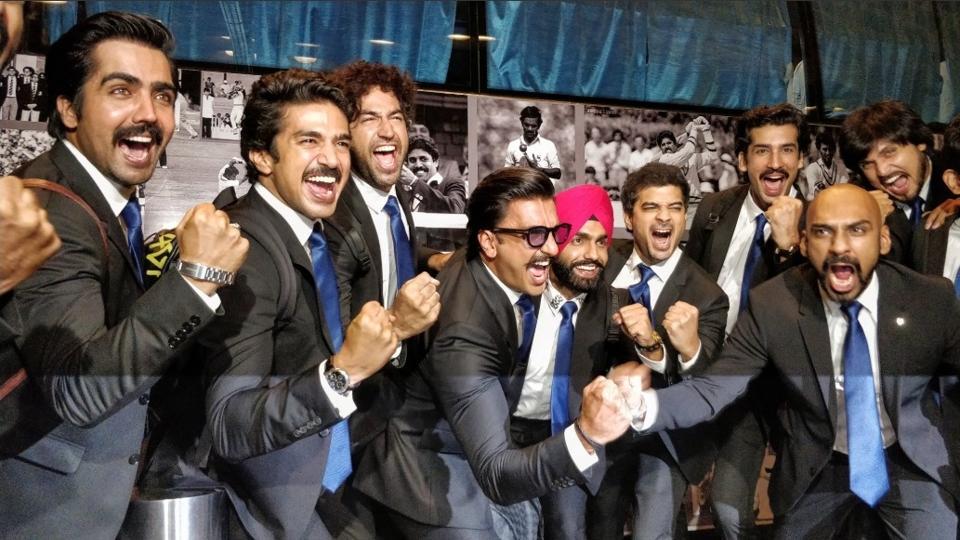 The team of Ranveer Singh starrer ’83 has officially begun their shooting schedule. The team members, who had been training for their respective roles, left for the first shooting schedule reportedly in London.

Also read: Sona Mohapatra rains fire on Salman Khan for comments on Priyanka Chopra: ‘She has better things to do in life’

Kabir Khan, the director of the film, had earlier mentioned that first shooting schedule of the film would begin in Glasgow, Scotland. The film is based on the Indian cricket team’s unexpected victory at the 1983 World Cup, upsetting the favourites, West Indies, in the Cricket World Cup. Ranveer, who will play Kapil, had been training for the role, at the film’s camp in Dharamshala and previously in Mumbai with the rest of the team members. Later, he spent time with Kapil at his home to catch the nuances of his personality.

Earlier this month, Ranveer shared pictures with the ace cricketer where the two can be seen exchanging beaming smiles. Ranveer holds a pen and a notebook, which is somehow indicating that he is making notes. In another frame, the two are seen discussing something in depth.

Madhu Mantena, Vishu Induri, Kabir Khan and Sajid Nadiadwala are producing the film. Releasing next year, the film will hit the big screens on April 10.