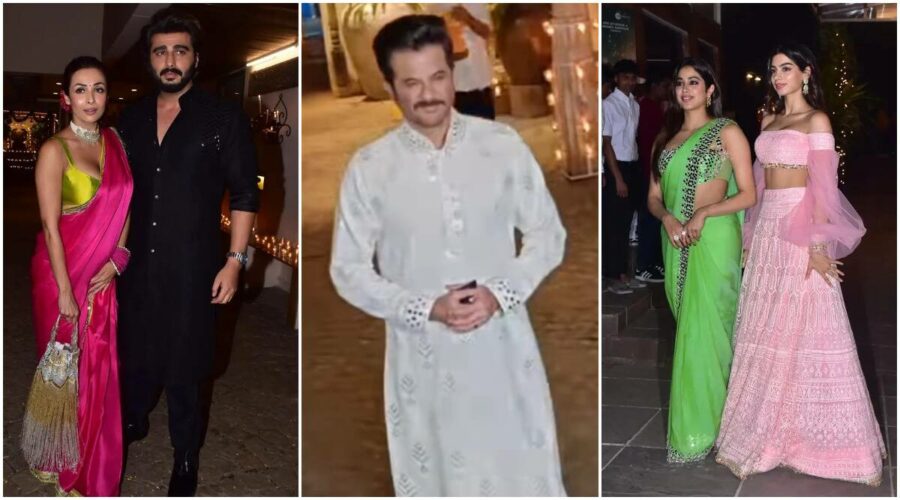 Bollywood had a largely muted Diwali celebrations as the big names – Shah Rukh Khan and Amitabh Bachchan, among others – didn’t host their Diwali bashes. However, cheer was back at the Kapoor household where Anil Kapoor hosted a party for his family friends. In attendance was Anil’s daughter Rhea Kapoor; Arjun Kapoor with girlfriend Malaika Arora; Boney Kapoor with daughters Janhvi Kapoor, Khushi Kapoor and Anshula; and Shanaya Kapoor among many others.

Arjun was seen being the protective boyfriend as he held Malaika close as they entered the party and paparazzi made a beeline to click them. Malaika was dressed in a silk red saree that she paired with a yellow blouse. Arjun chose a black kurta for the occasion. 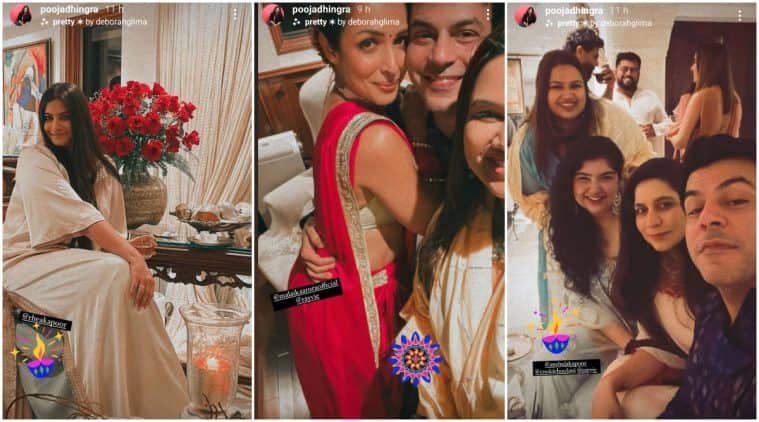 Janhvi and Shanaya chose green sarees for the Diwali party while Khushi was seen in a baby pink lehenga. Shanaya also posed with her grandmother and the two were seen twinning in green.

Many guests also shared moments from the Diwali party on social media. Anil Kapoor was seen doing the Lakshmi puja in one photo while Malaika and Arjun Kapoor’s sister Anshula posed for selfies. Rhea Kapoor is also posing for camera in one of the photos.

As Anil Kapoor stepped out of his home to pose for shutterbugs, he also wished them and distributed packets of sweets.