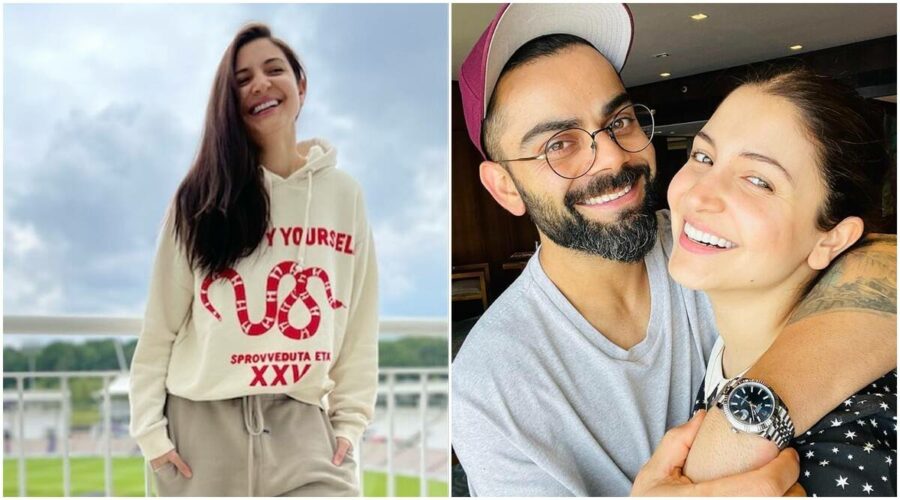 Anushka Sharma, along with husband Virat Kohli and daughter Vamika, are under mandatory quarantine as per the prevailing Covid-19 rules and regulations. Anushka Sharma has shared a photo of herself from the Rose Bowl stadium in the city of Southampton in England’s Hampshire county. Anushka captioned the photo with a quip, “Don’t bring work home isn’t going to be applicable for Virat for sometime. 😋#QuarantineAtTheStadium.”

The actor, along with husband Virat Kohli and daughter Vamika, are under mandatory quarantine as per the prevailing Covid-19 rules and regulations.

Anushka and Virat are currently in Blighty along with their daughter Vamika for the final of the ICC World Test Championship. Kohli-led India will take on New Zealand from June 18 at the Rose Bowl stadium.

Earlier, while chatting with fans on Instagram, Virat had shared the couple’s decision to not share Vamika’s pictures on social media when one fan asked the meaning of Vamika’s name and asked for a glimpse of the bundle of joy. Virat replied, “No we have decided as a couple to not expose our child to social media before she has an understanding of what social media is and can make her own choice.”

Virat Kohli and Anushka Sharma tied the knot in December 2017. They welcomed Vamika in their lives in January 2021.

On the work front, Anushka has been away for a while from acting now but has produced several projects. She was last seen in 2018’s Zero.