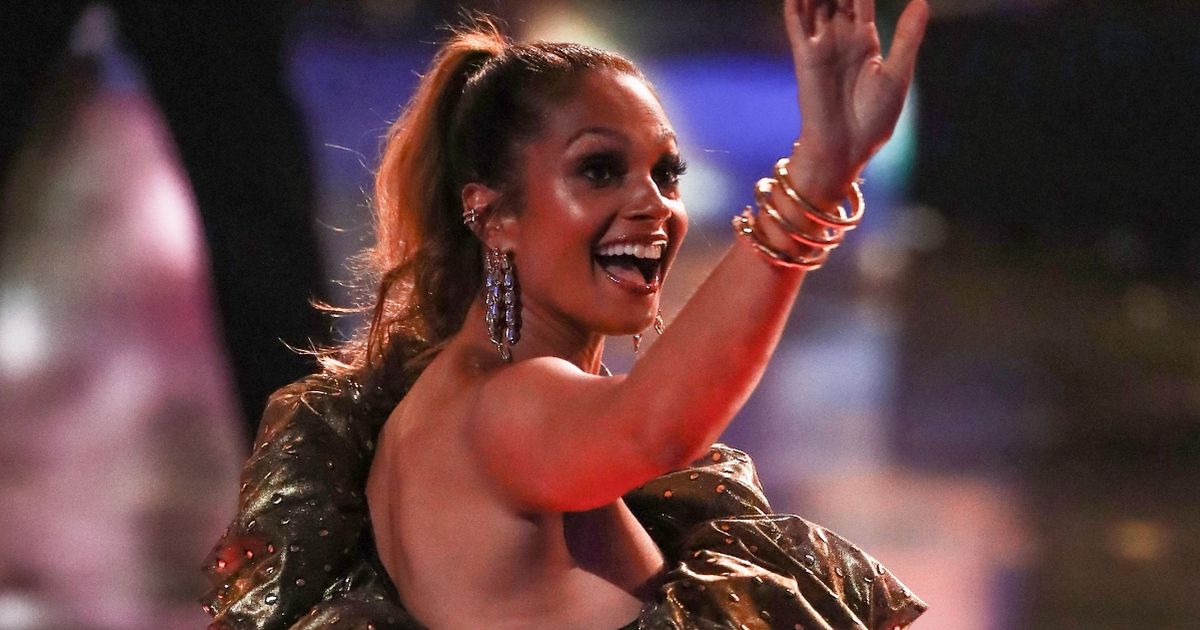 Britain's Got Talent judge Alesha Dixon is expecting her second child – and announced the news during tonight's live semi-final.

The 40-year-old singer, who has five-year-old daughter, Azura, with partner Azuka Ononye, was glowing as she stood up to reveal her bump.

Ant McPartlin and Declan Donnelly made the surprise announcement during their opening musical number for the first live show of the series.

The stunned audience started cheering when the Geordie duo sang :"And Alesha is expecting."

When asked about the fantastic news, Alesha said: "Over the moon, yes. Lovely place to celebrate it."

When Ant and Dec were congratulating the judge, cheeky David Walliams responded for her.

As they asked about the news, David said: "We're very happy. These things happen when you're on the tour."

Viewers took to Twitter to congratulate Alesha – and were very impressed with how the news was announced.

"Aww what a lovely way to announce Alesha is pregnant," said one fan.

Another added: "Loved that opening!! Congratulations Alesha what a way to announce it"

"Fair play, that was an impressive way for Alesha Dixon to announce her pregnancy," said a third.

Alesha had previously admitted she was desperate to have another child, but feared she had left it too late.

"Not a day goes by without me longing for another baby," she told You magazine.

“I don’t know whether it will happen given my age but I adore the idea of a large family and I hope I will be lucky.

“The love I feel for Azura is so pure and unconditional. The main thing is to enjoy her in the present and be philosophical about the future, because what will be will be.”

After welcoming Azura in 2013, the TV personality – who found fame with Mis-Teeq in 2001 – confessed that she'd not given much thought to expanding her brood.

"When you’re exhausted, it’s hard to think of a second baby, but we’ll see! Maybe after a couple of years," she told OK! magazine.

But in 2015, she hinted that broodiness was kicking in.

"I definitely want more children. Not immediately, because I have a few more life goals I want to achieve but sometime," the singer told The Sun.

*Britain's Got Talent airs tonight on ITV at 7.30pm with results at 9pm