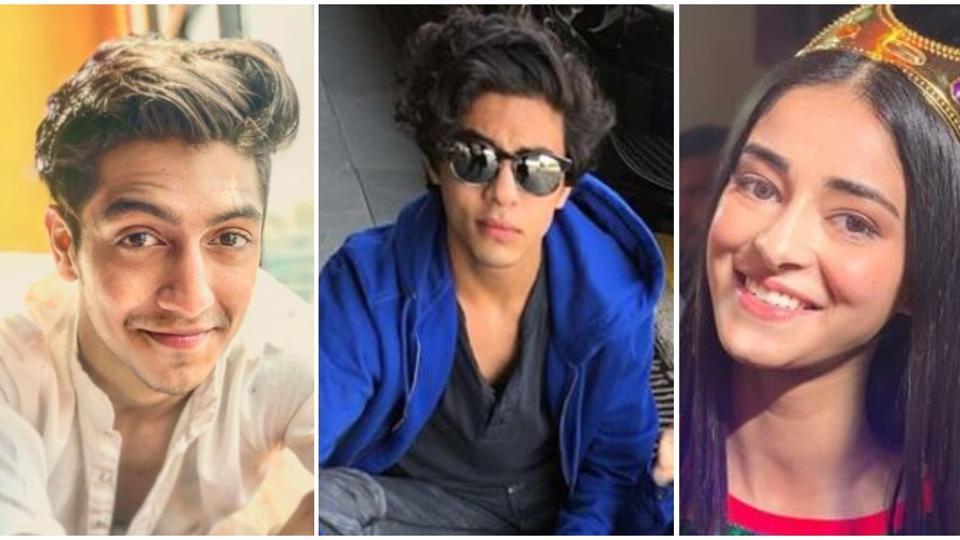 Pictures of the four with other friends are now online. Ananya can be seen spotting a short white skirt and a matching floral printed tube top. Aryan is casually dressed in a loose-fitting sweatshirt and a pair of cargo pants. Ahaan seems to have hurt his hand and had it in a sling.

Also read: If Alia-Ranbir and Arjun-Malaika got married on the same day, this is the wedding Katrina Kaif would attend

Ananya made her Bollywood debut at a time when there was constant talk around nepotism. All through the promotions of her film, she was constantly asked about it. Speaking to Mumbai Mirror then, Ananya had candidly accepted that being a star kid meant that it was ‘half the battle won’ but she also added that if one isn’t good, rejection can follow soon too. She had said: “That’s half the battle won. If you’re not talented, people won’t invest in you. Period. But at the same time, I don’t want to be silly and give up an opportunity like this because people are bashing me for being someone’s daughter. If they don’t like me in the film, I’ll will accept that, but at least watch the film.”

Her father, actor Chunky doesn’t necessarily take kindly of all the criticism coming Ananya’s way. Speaking to Hindustan Times, the actor said that he felt sad that people said such things. He said: “Most of the times, they don’t even know what they are talking about. My daughter has auditioned along with 1000 girls for SOTY 2. She actually went through the process and got it.”

Aryan, meanwhile, is busy studying filmmaking in the US. His father, actor Shah Rukh Khan, had previously said that his son is interested in direction.