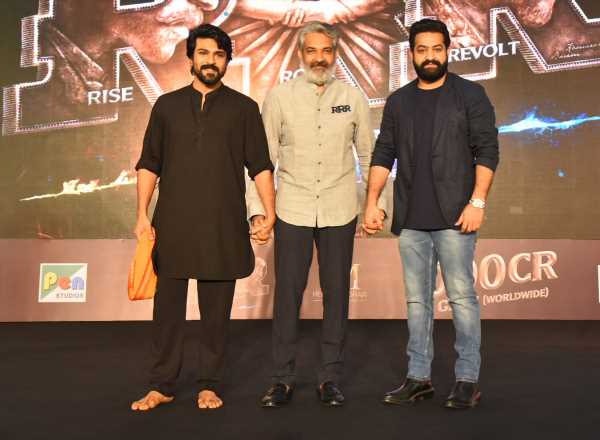 The makers certainly think so, and they held a grand event to celebrate the big feat.

But it wasn’t just S S Rajamouli, Ram Charan Teja, NTR Jr and Producer Jayantilal Gada, who took to the stage to talk about the film’s success. Aamir Khan, who has been doing the RRR dance, joined them too.

Is Rajamouli relieved that the film is finally out?

“Absolutely. Because of the pandemic, the film was getting postponed so many times. But from the audience’s side, I never had a doubt.” Rajamouli says, talking about anxious moments before the film’s release.

“There are so many stories hidden in our culture that they need to be told to the coming generations,” NTR Jr says, in one of his longest statements at a press conference.

RRR’s aggressive promotions before its release seems to have made this actor conquer his media shyness!

Ram Charan also talks about the film’s long journey from 2018 to the audience reactions it got in theatres.

Did you know that Aamir Khan and Rajamouli had an agreement?

Find out what it is in this video below!

Just how does Rajamouli make his blockbuster movies? The director shares his secret success formula!

Will there be an RRR sequel? Rajamouli makes a big reveal.

“The next time I make a film, I will keep in mind that there are wider audiences that are listening to your story,” Rajamouli says, referring to the love and appreciation the film has been getting from the Western media.

Just what does superstardom mean for Ram Charan and NTR Jr mean? The actors tell us here.

Quite a few stars graced the big night. Here’s a look: Makarand Deshpande brings his wife Nivedita Pohankar along to the event. 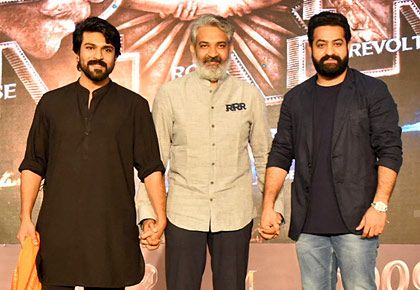