On Harivansh Rai Bachchan's 114th birth anniversary, we look back at his work in Bollywood and the iconic songs he wrote, including Amitabh Bachchan-starrer "Rang Barse". A generation has grow up listening to Amitabh Bachchan saying these memorable lines in his baritone. Every fan-request for Big B ends up with one round of this dialogue. But is it all about the Bollywood superstar or there’s more to the depth of the poetry?

Whenever Amitabh Bachchan recites “Lathpath, Agneepath…”, we feel awestruck at the magical writing of one man –  Harivansh Rai Bachchan. Amitabh’s father was a majestic Hindi writer and an icon in his own right. And Agneepath is just one instance of his work, which got incorporated into popular culture of Bollywood songs and dialogues. 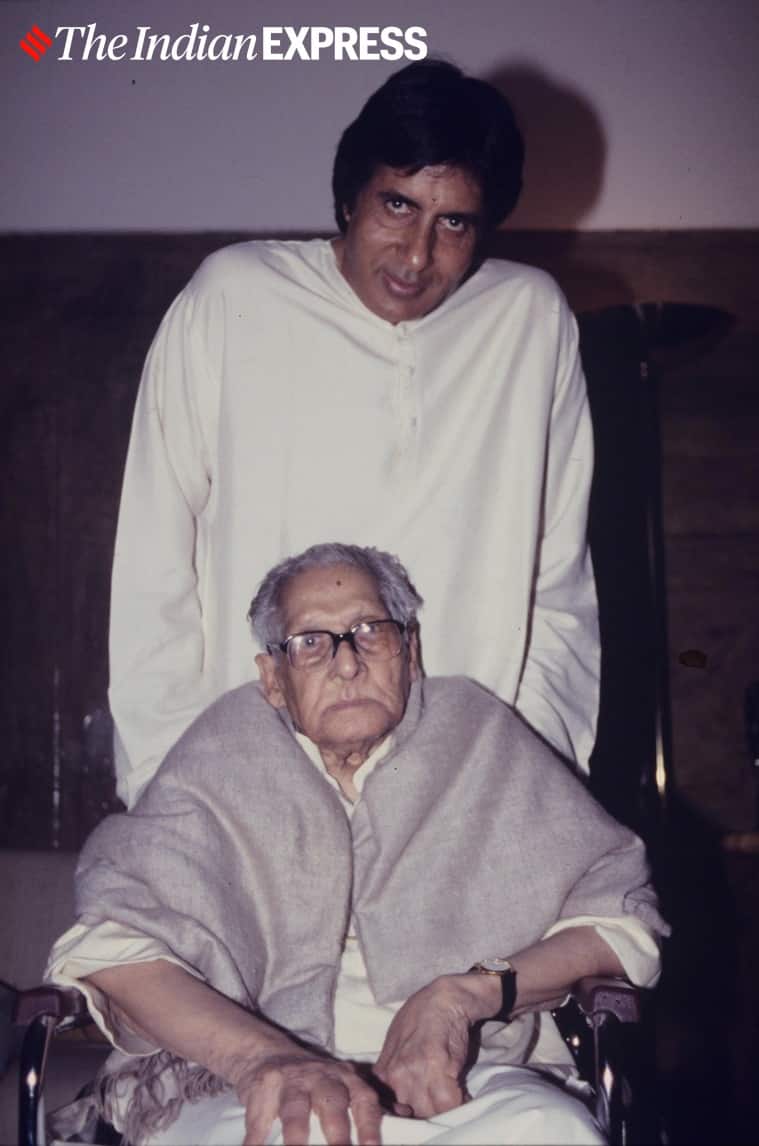 There have been several filmmakers who’ve incorporated his poetry and writing as songs. Harivansh Rai Bachchan’s earliest rendition being “Saanjh Khile Bhor Jharey” from the 1971 movie Phir Bhi. Sung by Hemant Kumar and his daughter Ranu Mukherji, the song is melancholic as a woman is lost in the memories of a happy family.

Harivansh Rai Bachchan’s writing was at its peak in the 1960s. But it was only in 1970s when his poetry caught the fancy of Bollywood. However, his work was used only selectively, probably when the plot required depth of expression. Post Phir Bhi, Bollywood took six years to come out with his next credit as a lyricist. It was for the film Alaap in 1977, also starring Amitabh.

The song in reference here is “Koi Gaata Mai So Jata” from the film starring Amitabh Bachchan and Rekha. It was also the first time his son Amitabh was lip-syncing to his words. The song also featured Sanjeev Kumar in a guest appearance.

Harivansh Rai Bachchan was awarded the Padma Bhushan, the third-highest civil award by the Indian government in 1976. Among his popular poems were “Ruke Na Tu Thake Na Tu” and “Koshish Karne Walon Ki Haar Nahin Hoti” too, which have also been recited by Amitabh at several platforms.

Amitabh Bachchan has kept the legacy of his father alive by going back to his poems every now and then. He even carried the songs with utmost honestly whenever they were filmed on him. Take for instance, “Rang Barse” from Silsila in 1981.

“Launga ilayichi ka beeda lagaya. Chaabe gori ka yaar balam tarse rang barse…” — and the unspoken chemistry between Amitabh and Rekha became a benchmark in the way romances got fueled up during the festival of colours. The days of Holi start and end with this song, each year, every year!

It took nearly a decade for Agneepath to arrive post Silsila. The film might have had a remake under Karan Johar in 2012, the main lead changed from Amitabh to Hrithik Roshan, but the fiery lines stayed, this time in the deep voice of Hrithik.

Amitabh Bachchan had once tweeted a video where he said, “Some moments of my father’s poem. He used to sing just like this at gatherings of poets. I miss him dearly during my loneliness in the hospital, and I use his words to fill my empty nights).”

Harivansh Rai Bachchan wrote under the pen name of Bachchan. And any post about his work is incomplete without the mention of “Madhushala”. The poem was written in 1935, but even after 86 years, it remains etched in our minds. You can argue that “Madhushala” never became a Bollywood song. It however got picked up by various artistes including Manna Dey for their singles. The poem follows a man’s journey from his home to a bar, and the emotions he goes through with the journey symbolising his life.

Harivansh Rai Bachchan was not just a force to reckon with in our Hindi literature, but his selected filmography is testament that his poetry has survived the test of time, eras, even generations due to its relevance and subject.